American veterans may be proud of their service, but they sure as hell aren't proud of the conflicts in which they served 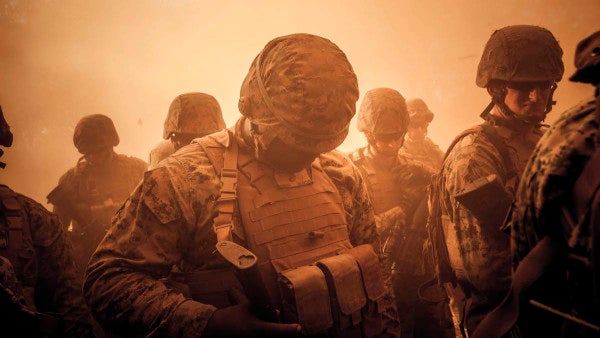 American veterans may be proud of their service, but they sure as hell aren't proud of the conflicts in which they served.

A new analysis of two polls of more than 2,300 U.S. military veterans conducted by the Pew Research Center indicates that a majority of vets do not consider the wars in Iraq (64%) and Afghanistan (58%) worth fighting “considering the costs versus the benefits.” The same goes for U.S. military involvement in Syria, which 55% of veterans surveyed say has not been worthwhile.

For all three conflicts, these views “do not differ based on rank or combat experience,” according to Pew.

As with their views on President Donald Trump's performance as commander-in-chief, doubts about the wars in Iraq and Afghanistan among vets fall along relatively partisan lines. Vets who identify as Republicans are more likely to see the wars in Iraq and Afghanistan as worth it (45% and 46%, respectively) compared to Democratic-leaning vets (15% and 26%).

Since 9/11, the United States has spent roughly $5.9 trillion on military operations as part of the Global War on Terror, according to recent Brown University analysis, with roughly 7,500 military personnel killed.

SEE ALSO: Some Members Of Congress Are Finally Realizing That Authorizing Wars Without End Is Really Bad