“Anyone can be here. Absolutely anybody." 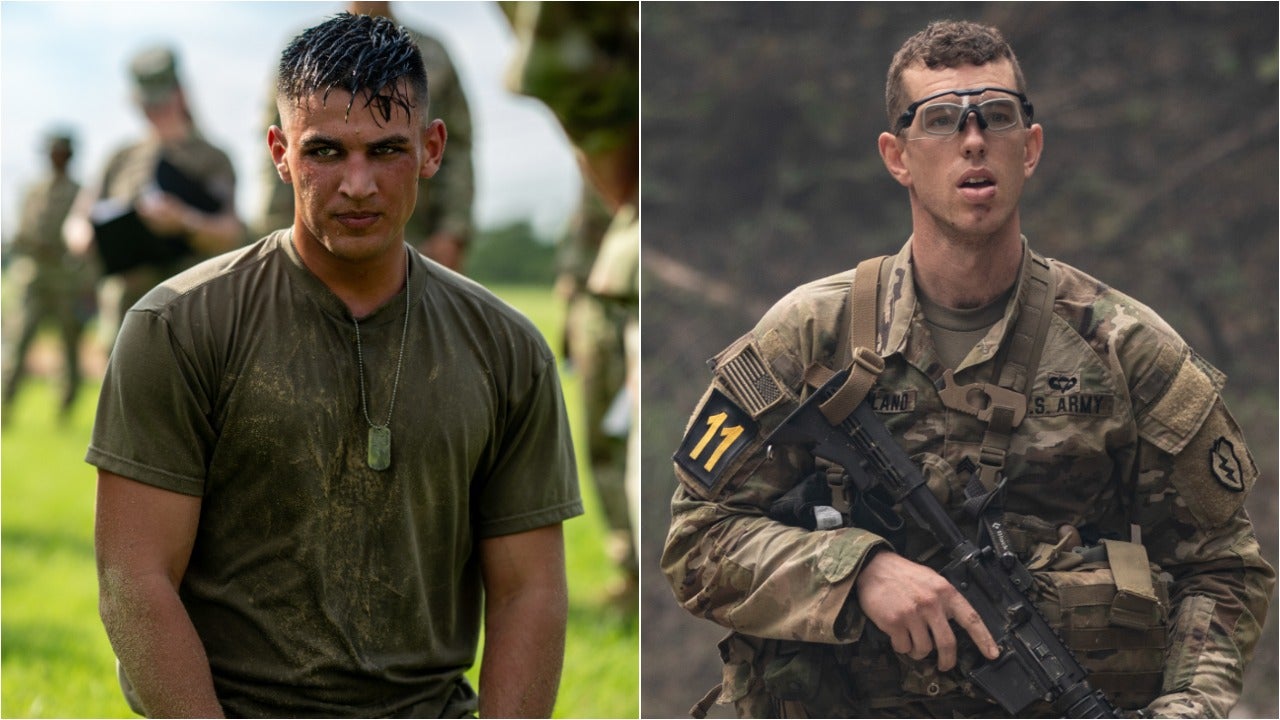 Spc. Justin Earnhart of Army Futures Command and Sgt. Adam Krauland of U.S Army Pacific have been named the best soldier and best noncommissioned officer in the Army.

Earnhart and Krauland beat out hundreds of other soldiers and noncommissioned officers across 11 Army commands to move on to the grueling five-day Best Warrior competition which includes physical and written tests, including the Army Combat Fitness Test, firearms testing, and a 12-mile ruck march. Soldiers were also challenged during a panel interview with senior enlisted leaders with trivia — who was the first-ever Medal of Honor recipient? — and questions that test the soldiers’ character and determine how they would respond in certain situations.

The two soldiers were announced as the winners at the annual Association of the U.S. Army meeting on Monday.

“Striving to reach the very heights of their craft and profession, each competitor sets a fine example for every one of us to follow,” Army Vice Chief of Staff Gen. Joseph Martin said on Monday. “By sheer determination, dedication and consistency, they fought through the mental and physical exhaustion and sometimes failure. But we can’t forget that failure is how we all learn … and grow.”

The field portion of the competition was “a three-day and three-night endeavor” which tested the soldiers’ resiliency and ability to complete “basic warrior tasks” Krauland, a cryptologic linguist who speaks Mandarin, told Task & Purpose.

While Krauland, assigned to the 25th Infantry Division, is now one of the Army’s best warriors, the Army wasn’t originally in his life plan. He was 26, a college graduate, and was working as a data analyst for Volkswagen when he realized he was “unsatisfied” with his life.

“I had the money, I had the cush job, eight hours a day. But I didn’t feel like I was making a difference,” he said. “Not only that, but I didn’t feel like I was challenging myself. I felt too comfortable. I decided to join the Army in an effort to become uncomfortable, to be surrounded by people that I knew would challenge me and push me, and to be able to do something that had a more tangible impact on the world.”

After roughly five months of filling out paperwork and working with his recruiter, Krauland was in the Army and he said he hasn’t regretted it for one second.

He didn’t even have second thoughts during what he said was the most physically exhausting event of the competition: the 12-mile ruck march at the end of three tiring days of being in the field.

The easiest piece for Krauland was the ACFT. He scored a 600 — a perfect score.

The desire for a challenge was also part of why Earnhart, assigned to the 470th Military Intelligence Brigade, went through the Best Warrior competition. He said in an Army video this month that he was competing to “challenge myself and be the best person I can be, the best soldier I can be.”

After finishing their field training, the soldiers and NCOs traveled to Washington, D.C., where Krauland said they went before a panel of sergeants major, including Sgt. Maj. of the Army Michael Grinston, and were asked a series of situational questions.

“They asked about diversity in the unit, if we saw one of our peers exhibiting discriminatory behavior, even if it wasn’t overt, you know how would we handle that?” Krauland said. “They asked about sexual harassment in the Army, if we witnessed it, what are the steps we would take to intervene immediately? Things of that nature.”

Throughout the final competitions, Krauland said he never second-guessed why he was there doing what he was doing. You have to be driven to want to do something like that, he said, so at a certain point, despite the “incredible pain, total fatigue, and it’s just one more step. One more step. And somehow you get there.”

Krauland encouraged others who were interested in competing to go for it — “Anyone can be here. Absolutely anybody” — and to take a page out of Grinston’s book, and build up their “squad.”

“Build up that team, that squad,” he said. “Having those support mechanisms and those people there is essential. Even if it’s just people who are encouraging you, but even reaching out to other people — know who’s better than you at certain things, and then have them help you. I think together we are better at achieving, and if you keep that in mind, that humility, ask when you’re not sure, get that support, and then just work as hard as you can. And really, you can do anything. The sky’s the limit.”