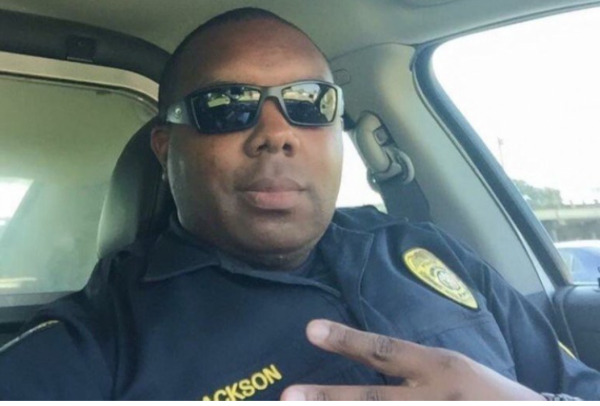 Family and friends identified one of the victims of Sunday’s shooting in Baton Rouge, La., as Montrell Jackson, a 32-year-old police officer who had been on the force for 10 years.

Jackson, whose wife had given birth this year to their 4-month-old son, Mason, was a “great guy, one of the good cops,” said Marcus Brown, a family friend who regularly saw Jackson. Brown said his cousin is Jackson’s widow.

“He would always throw events at his house for us married couples. We would go over and play games together,” Brown said. “Video games, ‘Madden,’ things like that. He loved basketball. We would talk about sports all the time.”

On Sunday, Brown’s wife, Ashley, was consoling the mother who had lost her husband that morning. “I remember when his wife had his son, he was crying, he was so happy,” Brown said.

Kristi Godal, a friend and Jackson’s next-door neighbor, said Jackson was the president of their neighborhood association and popular with residents.

“He had the best yard. His house always stood out,” Godal said. “People are just flowing by the house, bringing food and in tears.”

Since the shooting of Alton Sterling, 37, on July 5 by Baton Rouge officers and ensuing protests, Godal had regularly chatted with Jackson in person and on Facebook about tension in the city over police shootings. Their conversations grew after Jackson put up a Facebook post July 8, lamenting the turn of events in the city.

“I’m tired physically and emotionally. Disappointed in some family, friends and officers … but hey what’s in your heart is in your heart. I still love you all because hate takes too much energy but I definitely won’t be looking at you the same. Thank you to everyone that has reached out to me or my wife it was needed and much appreciated,” Jackson wrote.

“I swear to God I love this city but I wonder if this city loves me. In uniform I get nasty hateful looks and out of uniform some consider me a threat. I’ve experienced so much in my short life and these last 3 days have tested me to the core … These are trying times. Please don’t let hate infect your heart,” he continued.

The other day, Godal sent Jackson a message on Facebook encouraging him to stay positive.

“You set the tone, I’m proud to know you … You will be one of the legends, stay the course. God bless you,” she said.

“Thank you! Lol!” Jackson wrote back.