Seeing Myself In An Oregon Standoff Suspect

David Fry was the last occupier of the Malheur Refuge. On the final morning of the standoff in Oregon, there... 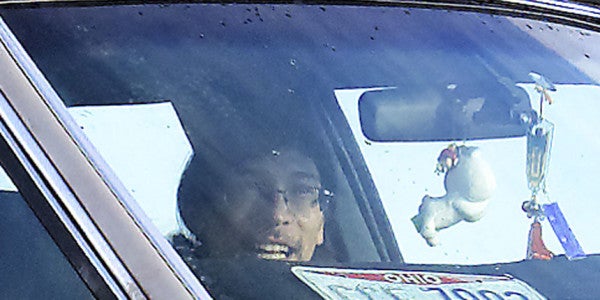 David Fry was the last occupier of the Malheur Refuge. On the final morning of the standoff in Oregon, there were four holdouts left. Three surrendered to the FBI early. David Fry remained behind. He rambled on, at times incoherently, mad, frenetic, suicidal. He made insane demands. He argued biblical texts with a TV evangelist’s son. He smoked cigarettes. I listened that morning, along with thousands others, to him talk through a live-stream on YouTube.

“I’m thinking that the American people need to know, that when they’re trampling on your rights this much, sometimes it’s better to die,”

Something happened as I listened. When I had thought about those misguided clowns in Oregon, it was to deride them, to mock and joke and laugh. They imagined themselves heroes, warriors, 21st century minutemen, freedom fighters on the front lines of the struggle for liberty. Professional soldiering was my trade before I laid down my rifle and picked up a pen. I knew warriors, and Senator, these bozos were no warriors.

But now, David Fry was going to kill himself. I knew it. Twitter knew it. The FBI knew it. The evangelist and the state assemblywoman on the phone with him knew it.

Thousands of us Americans watched, in our new digital colosseum, with rapid hearts and bated breath for the tragic end to our reality show political entertainment comedy. The bullet of hyperreal punditry in 140 electronic characters was about to be fired from a real gun into the real flesh and blood head of a 27-year-old man from Ohio.

FILE–This undated photo provided by the Multnomah County Sheriff's office shows David Fry. The federal conspiracy case against Fry and six co-defendants charged with the 2016 occupation of a national wildlife refuge near Burns, Ore., is now in the hands of jurors, Thursday, Oct. 20, in Portland, Ore.Multnomah County Sheriff via AP, file

The writer Wallace Stegner said that, “It should not be denied that being footloose has always exhilarated us. It is associated in our minds with escape from history and oppression and law and irksome obligations, with absolute freedom, and the road has always led West.” David Fry and I both made journeys west this winter. And as I listened to this deranged man, the eerie similarities unnerved and disarmed me. We were the same age. We both came from the Midwest. If he was going to kill himself, what did that mean for me?

I joined the Marine Corps in 2008, part of the push to get the force level up to 202,000. Iraq had dominated the news in my high school years, and as I waited to go to boot camp, the summer after I graduated, I wondered if and when I would be asked to go fight in that place, and how I would conduct myself in a moment of truth.

Two weeks after landing at Marine Corps Recruit Training Depot San Diego, Barack Obama was elected president. That December, while I was getting ready for final drill, 2nd Battalion, 7th Marines returned from Afghanistan, and for the first time the names of strange new cities began to be heard in huddled conversations of Marines. Not Fallujah and Ramadi, cities in some place called Helmand — Sangin, Now Zad, Musa Qala. One of our School of Infantry instructors finally made clear what we were slowly realizing, we weren’t going to Iraq. We were going to a war that was older, but was about to be made new.

There were some stops to be made first. I spent two years in FAST, and saw another side of the war on terror, culminating in the defense of an embassy during the Arab Spring. But in 2011, the wait was over. I got married on October 15th, 2011, and left for Afghanistan on October 31st.

I came home from war, got out of the Marine Corps, moved back to my home town of Saint Louis with my wife, bought a home, and started school. Within two years, it all fell apart. I called an old friend, we hatched a plan, and like I had when I first went to boot camp, I left behind my home, and headed west.

On the morning I left St. Louis, dew clung to the dresser I had loaded into and old Marine buddy’s truck, who arrived from Dallas the night before to help me move. The ground was soaked through with weeks of rain from a hurricane wash out that, after it’s torrential start in the Gulf, had meandered up the Mississippi River to malinger over the grey St. Louis winter. But this morning, for the first time in days, the sun had broken through for a brief respite. The air was damp, but not so cold. It was Jan. 1, New Year’s Day. The beginning of something new.

I had popped an Adderall for the long road trip ahead, and was jittery and anxious for things to come. I was chasing clean, fresh, white snow powder west across I-90, searching out towering mountains like I had seen on the border of Afghanistan and Pakistan as a Marine, and the wide open spaces of big sky country, Montana. I was chasing dreams, chasing questions that I wished people would still ask. I don’t mind when people ask if I killed anyone. I’m scared of when people stop asking. I’m scared of not being unique, of being tiresome and boring, of being irrelevant. I was chasing questions of my own. How do I retain the experience of war, without it turning into an anecdote? I was running away my tired old war stories, my memorized cliches.

I was running from my wife, and my mother. I was equally unable to deal with either of their reactions to the inevitable dissolution of my marriage. I’m not sure either knew how to deal with me now, the man I had become. The places I had been had amplified and ramped up those things inside me that already made it nearly unbearable to be in my company. Already a confused, lonely, arrogant wanderer, now I was injured, lethal, imagining myself a warrior, a marine infantry veteran of a lost war.

I don’t know what David Frye was running from, or running to. What did he hope for, what did he believe? Was it always going to end, lying in a cot, smoking a cigarette, a gun pressed against his temple? Filled with rage, hope, and despair from so many talking heads who insisted that this country had been betrayed? How did our paths each diverge so drastically, his and mine, only to end up taking us to the same place, the Pacific Northwest, our apocalyptic, eschatological hopes, expectations, desires, and fears running together and apart again, straining to break free from each other, hopelessly intertwined? Through the YouTube audio, I felt so incredibly close to him, but the digital divide between us was vast and unbridgeable.

David Fry and I were both born again on a Tuesday September morning, in the first year of the new millennium, in the burning jet fuel fire and ash that rained over lower Manhattan, when we were both in junior high school. I became a child of the new left, he the new right. The college professors and communists were betrayed by those brown skinned people of the east, in whom they saw a new global proletariat who might fight the evil, corrupt west. The right had a new enemy on which to focus their hate and scorn. That’s how I found myself, a self-styled liberal intellectual dreamer, on combat patrols in Helmand province, Afghanistan, a rifle sling digging into my neck and shoulders, barrel pointed to the dirt. And if those 19 men hadn’t turned planes in missiles, I don’t think David Fry would have found himself in a gun standoff with federal agents. Only in the afterbirth of that holocaust of human life could the paranoia and fear reach such a fever pitch.

I had to turn off the feed to walk to class. I trembled the whole way there, and checked my Twitter feed on my phone incessantly. Two minutes later, two short minutes after I stopped listening, it was over, with a cold and a broken hallelujah, rising from the lips of not just David Fry, but the agents who surrounded him. He finally agreed to give himself up, if the officers would cry out with him, “Hallelujah”

“If everybody says Hallelujah,” David Fry said, “I’ll come out, how about that? Will ya? Will you do that? Everybody’s listening. I’m walking towards them now.”

(unidentified voice on livestream) “I love you David, keep walking my brother. Hallelujah.”

From their lips, David Fry drew a hallelujah. And like the song, in the shambles of the war I lost, and the marriage I ruined, I wondered if I had learned anything from love, from the selfish ruinous love I had for my wife, to the selfless sacrificial love I had for my fellow Marines, except how to shoot at those who outdrew me.

The farce, the joke, the absurdity of David Fry ended in triumph. He lives on a new road now. The paths on which he diverged from me, on that fate-filled September morning ended with Hallelujah. How does my road end? I lost my war, but people thank me for my service. Troops are heroes after all, but we are heroes without a victory to claim. I am still on my road, still looking for my victory. The bodies of friends who were killed by roadside bombs, and children gunned down by American might from the sky litter the path behind me. Why the fuck does he get a hallelujah, and I am dying in a west that is no longer fertile enough for me to plant my broken dreams?

To be American in 2016 is to believe. To believe in spite of irony and sarcasm and falsehoods peddled on every corner. To hope. To go west. And if you are humble enough, or perhaps arrogant enough, and lucky enough, your road will end in Hallelujah.

I pointed my rifle at a man in white on a January morning four years ago. Like the journey I set off on this January, I had an opportunity to become something radically new, self-righteous and sure, a killer. The man in white was a lamb offered to me, to be killed as sacrifice. I didn’t pull the trigger then. I rejected that end to the road I’ve traveled since 9/11. I’m still in search of my victory, and I still believe there is a hallelujah, somewhere, waiting for me.