The Real Reason Behind That Mysterious Observatory Closure In New Mexico

Mystery solved. Authorities say it wasn’t aliens, but a janitor’s unsavory tastes that ultimately led to the closure of an... 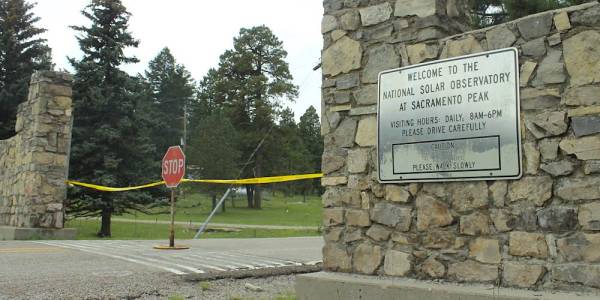 Authorities say it wasn’t aliens, but a janitor’s unsavory tastes that ultimately led to the closure of an observatory in southern New Mexico. The FBI shut down the Sunspot Observatory when that same janitor made veiled threats against the facility after federal agents seized a laptop he used to access child pornography.

The closure on Sept. 6 sparked international attention since authorities refused to release any details, while news outlets and conspiracy theorists filled in the blanks with rumors of geomagnetic storms, alien sightings and apocalyptic asteroids.

Agents say the chief observer believed the laptop belonged to a research student and didn’t report it at the time because he was “distracted by an urgent matter within the facility.”

Agents say the janitor has a key and “unlimited access” to the building.

According to the search warrant, agents seized the laptop.

Agents say that when the janitor returned the next morning, unaware of the seizure, he claimed to be “missing some cleaning supplies” and asked if anyone had been in the office.

The chief observer told agents the janitor began complaining about “lax security” at the facility and claimed someone was breaking into the facility at night to steal internet service and toilet paper.

As time went on, agents say the janitor’s actions grew increasingly “frantic” and he continually approached the chief observer with questions and comments about missing items.

“(The janitor) had continued to look feverishly through the facility and continued to make comments about the lax security,” an agent wrote in the search warrant.

Agents say the janitor mentioned that decoy security cameras “were a joke” and it was only “a matter of time” until the facility “got hit.”

The FBI decided to shut down the facility after the chief observer became concerned for his personal safety when the janitor said there was a serial killer in the area and was fearful that the killer might “enter the facility and execute someone.”

While authorities maintain their silence, the observatory reopened Monday.

“Sunspot is now open, and we’re ready to show you all the great science and public outreach we do at this fantastic facility!” says a statement on the facility’s website.