A Washington state Congressman took part in armed militia conflicts across the US. Now his fellow lawmakers want him to resign

"He should resign ... He cannot use House Republican staff, he cannot meet with the caucus, his office will be moved." 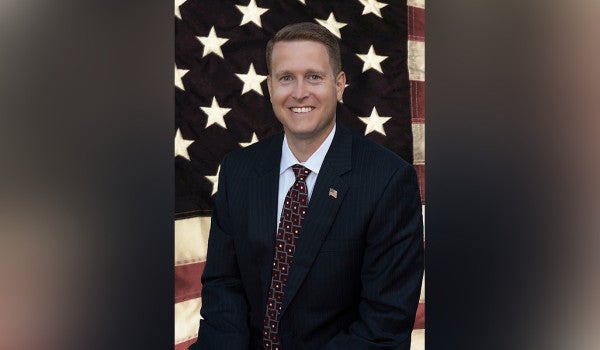 (Reuters) – Washington state Republican lawmakers urged one of their members to resign after a state report found that he took part in at least three armed conflicts against the U.S. government as part of the right-wing militia movement.

Representative Matt Shea, a Republican representing Washington's 4th legislative district, was a leader in Patriot Movement actions defying federal authority in Nevada, Idaho and Oregon in 2014, 2015 and 2016, including two led by members of the Bundy family, according to a report by the private Rampart Group that was commissioned by the Washington state House of Representatives and released on Thursday.

One of those actions involved a 41-day standoff that resulted in one death, the report said.

The Republican House leadership immediately called for Shea's resignation, suspended him from the party caucus and removed him from his ranking position on the House Environment and Energy Committee.

The chief clerk of the House referred the matter to the FBI and U.S. attorney's office, J.T. Wilcox, leader of the minority Republicans in the statehouse, said in a statement.

“He should resign,” Wilcox said separately on Twitter. “He cannot use House Republican staff, he cannot meet with the caucus, his office will be moved.”

But Shea defiantly vowed to remain in his post, comparing the effort to oust him to the impeachment of U.S. President Donald Trump by Democrats in the U.S. House of Representatives.

“This is a sham investigation meant to silence those of us who stand up against attempts to disarm and destroy our great country. I will not back down, I will not give in, I will not resign,” Shea, who declined to cooperate with the investigation, said on Facebook.

In 2014, Shea participated in an armed standoff in Bunkerville, Nevada, led by rancher Cliven Bundy, who insisted on the right to let his cattle graze on federal lands without paying the proper fees, the report said.

In 2015, the report said, Shea engaged in another conflict in Priest River, Idaho, in support of a military veteran who defied a lawful order to surrender his weapons.

In 2016, Shea aided in the planning of another uprising by Ammon Bundy, the son of Cliven Bundy, who took over a national wildlife refuge in Harney County, Oregon.