The military keeps growing their cybersecurity program. Here’s how you can get involved 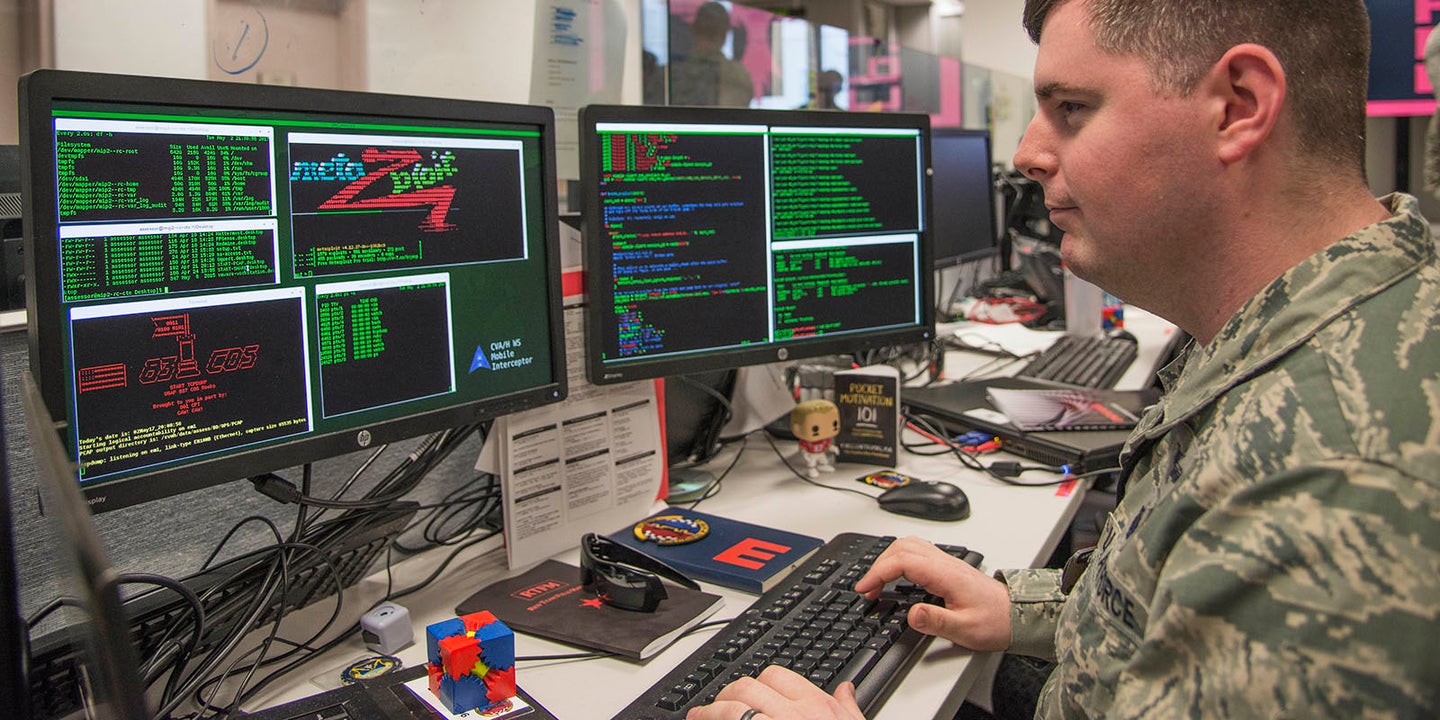 With just a few clicks on your phone, you can have Dominos arrive at the barracks to fuel your late night Netflix binges.

During the Cold War, when pizzas were ordered by carrier pigeon, the U.S. military began to recognize the threat of potential digital attacks from the Kremlin. This launched an initiative under President John F. Kennedy Jr. that eventually led to the formation of what we now know as the U.S. Cyber Command, the arm of the military that handles all cyber operations and recently waged a covert campaign to deter Russian interference during the 2016 presidential elections.

While most of us have encountered fake dating profiles trying to get us to send money or some screaming kid on Call of Duty claiming he can find out where we live, the type of attacks handled by our military are much more robust. According to Gen. Paul Nakasone, the head of U.S. Cyber Command, the enemy is already at our gate and we need bodies to join the fight.

“The threat of using something in cyberspace is not as powerful as actually using it because that’s what our adversaries are doing to us,” he recently said. “They are actively in our network communications, attempting to steal data and impact our weapons systems. So advantage is gained by those who maintain a continual state of action.”

To combat this, the U.S military has taken the infantry mindset that the best defense is a good offense. Under a new philosophy referred to as Defend Forward, the idea is to take the cyber fight to an adversary’s turf and disrupt their operations, causing them to have to split their efforts. This includes gaining access to their networks, infrastructure, insights into planning, and even implementing that into boots on the ground disrupting terrorist movement. Cyber-security goes way beyond stopping some Prince in Nigeria trying to get your paycheck, it actively disrupts organizations like ISIS from recruiting new fighters and spreading their ideology. That’s always worth the fight.

Beyond strategic necessity, the need to defend against cyber-crime has also created a rapidly growing industry that is expected to add more than 3 million jobs in the United States. For those getting out of the military, this is a real opportunity and it would behoove you to look into it. Not only will you find yourself in a career field that’s stable, you’ll also be challenged; working within a team, you’ll need to think strategically, creatively, and execute directives. Most importantly, you will be able to continue to serve and disrupt those who wish to inflict harm on this country and your community. It’s the perfect career field for anyone who served.

While there are many programs out there to aid in the transition from the military to cybersecurity, the Purdue Cyber Apprenticeship Program funded by a grant from the U.S. Department of Labor stands out. It’s an online certificate and degree program offered by Purdue University that not only immerses students at any level in real-world apprenticeship jobs, but also allows their employers to fund their education. Students can earn industry recognized certificates or graduate with an associate degree in IT or a bachelor’s in computer and information science majoring in cybersecurity. There is also an option to earn a master’s in cybersecurity and trusted systems.

The best part about all of this is that you won't need to incur any student debt or utilize your G.I. Bill, allowing you to save that for further education as you grow in your career. You’ll master secure coding, cryptography, digital forensics, and UNIX fundamentals while refining your understanding of analytical thinking and criminology. Purdue graduates have landed positions at the likes of Apple, Cisco, Deloitte and the FBI, and can typically expect an average starting salary north of $68,000.

The Purdue Cyber Apprenticeship Program is a perfect venue to prove yourself and take the next steps for your future. In addition to training being conducted entirely online, P-CAP offers varying start dates and accepts apprentices on a rolling basis. Distance learning doesn’t mean keeping your distance, and when it comes to computer systems and security, all that matters is commitment and skill.

Visit the program’s website to learn more and apply.

This post is sponsored by Purdue Cyber Apprenticeship Program