On Oct. 25, retired Marine colonels Will Brown and Al Richmond will run in the Marine Corps marathon for the... 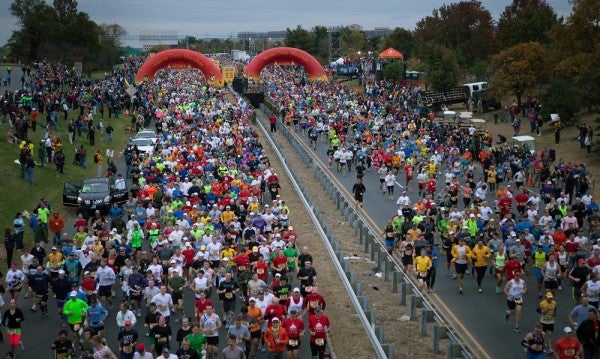 On Oct. 25, retired Marine colonels Will Brown and Al Richmond will run in the Marine Corps marathon for the 40th time in a row since it began. Brown, 69, and Richmond, 76, were among the 1,175 runners who took part in the very first Marine Corps marathon on Nov. 7, 1976, and they’ll be on the starting line in Arlington, Virginia, for the upcoming run.

Richmond who lives near the marathon’s route in Arlington, Virginia, quipped to ESPN that he and Brown “will be crawling on our hands and knees to the finish line, saying, 'Drop, you son of a gun, drop,' so I won't be the first one.”

While they’ve joked about who will quit the marathon first, neither Marine seems inclined to back down.

“We're just two stubborn old Marines,” said Brown, who lives in Raleigh, North Carolina. “I'd love for us to keep going until we cross the finish line and die together.”