It’s Very Hard To Prosecute Rape In The Military — Trust Me, I Know

Editor’s Note: The following article was published on the condition of anonymity. The author’s identity and background was vetted and... 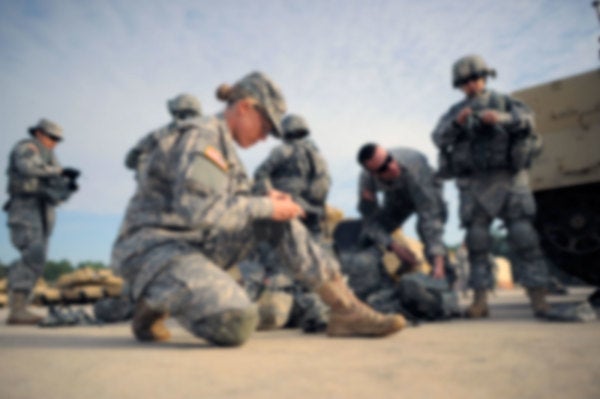 Editor’s Note: The following article was published on the condition of anonymity. The author’s identity and background was vetted and verified by Task & Purpose.

Rape is hard. It’s a hard thing to endure and it’s a hard thing to prosecute. I say this from two perspectives: From my own experiences as a victim, and from my experience as a military prosecutor. I will be the first to say that the military has a lot to answer for when it comes to failing to protect its members from this heinous, unspeakable crime. At the same time, having experienced the difficulties of prosecuting sexual assault crimes in general, I think at times victims advocacy groups turn a blind eye to some of the systematic compromises we make for the good of our justice system as a whole, and that’s not necessarily the military’s fault.

Here is what no spokesman for the military will ever admit, even though it’s widely acknowledged to be the case within the military prosecution community: Rape cases are difficult to prove. In the U.S. criminal justice system, the standard is beyond a reasonable doubt. This standard means no other logical explanation can be derived from the facts except the defendant committed the crime, thereby overcoming the presumption a person is innocent until proven guilty. Too often, juries look at two competing narratives between two individuals and come to the conclusion what happened is what usually happens: Two consenting adults had sex. In jury members’ minds, it’s the logical explanation. Jury members do not believe rapists can be our family members and friends, and even if they do, they want to see bruises or some other kinds of evidence the victim resisted.

Even when rapists leave bruises, the natural desire of the victim is to repress what happened and move on with her life. To fight the instinct to rid herself of her rapist’s bodily fluids; to fight the soldier’s mantra to “suck it up and drive on” she’s been indoctrinated with since day one of basic training; to fight the desire to prove oneself unchanged in spite of the way he changed her requires superhuman strength and a presence of mind very few human beings possess, particularly when they are 19 or 20 or 21.

When her mind goes blank after having been assaulted, she reverts to routine: showering, going to bed, getting up, and doing physical training. She replies “hooah” when her sergeants ask how she’s doing. Because that’s what a good soldier does. We ignore our individual desires for the good of the organization. We do what we know, because we know not what else to do.

And though this attitude might get a soldier who’s been victimized through the next day, or the next week, or the next month, until she finally confides in a friend or her squad leader or the sexual assault response coordinator, from a prosecutorial standpoint, this natural reaction makes for a very difficult case to try. Even with physical evidence, the government is faced with the burden of proving the sex was nonconsensual. Very many happy, healthy adults partaking in consensual acts end up with contusions afterward. More often than not in rape cases, there is no physical evidence — not a blemish, not a scrape, not a tear. Often the victim was intoxicated when the assault takes place, and she can’t remember what happened. Sometimes it’s just a hangover, a fuzzy memory and a feeling something is wrong.

Upon entering a courtroom, the deck is stacked against the victim. The victim, behaving as she has been taught from day one to be the type of soldier who shows up to the right place at the right time in the right uniform, is held to be disingenuous because she doesn’t “act like a victim.” The soldier whose life is falling apart, who can’t force herself to get out of bed because of crushing depression, the one who develops a drinking problem in order to erase the memories of her assault, is accused of trying to “get over” on the system by “crying rape” when she gets in trouble.

When a victim looks at a jury, she will see that’s mostly senior-ranking officers and noncommissioned officers, male, and more often than not, the same age as the victim’s father. In the rare instance there is a female panel member, more often than not, women are harder on their fellow females than men. They think they would know how they would react if they were raped. They are wrong.

The panel members have seen CSI. They want hard evidence, not words.

During trial, the victim’s behavior is held against her. All of the fibers and hairs and semen washed down the drain in her attempt to feel clean again. Blankets and covers, stained with vomit — thereby proving there was probably little to no desire to have sex — bundled and tossed hurriedly in the washing machine. The soldier’s desire to get back to soldiering so she can once again be part of her Army family compels her to destroy physical evidence in a Faustian bargain to regain control.

The jury is left with the statements of the victim. Sometimes there are witnesses at the club, the ones who saw her dancing with her attacker. “She seemed like she was really into him,” they might say. “They talked/danced from the moment we walked in the door.” But anyone who has been in a mature adult relationship with mutual respect between partners knows it’s a long way between dancing and talking to consenting to sexual intercourse. Or maybe not. It just depends.

Her alleged attacker is not obligated to speak in his own defense, protected by the Fifth Amendment. He is assumed to be innocent until proven guilty beyond a reasonable doubt. It’s the same standard for rape as it is for murder. I believe in the greater good of this system; it should protect the rights of the accused. The government has the monopoly on the legal use of force; it has the ability to lock him up for the rest of his life or at the very least label him as a sex offender. The greater resources of the government should be balanced out by a thumb on the scale of the defense until the government meets its burden. Due process is a good thing.

However, with rape, a crime committed in private, without witnesses, a crime where the victim’s determination to reclaim her bodily autonomy can undermine the need for the government to meet its burden of proof, the wonders of the Fifth Amendment can make it very hard to get a conviction. Even when model soldiers are victimized by crime, the jury wants more than one person’s statement before convicting another soldier.

The government attempts to educate panel members on counterintuitive behaviors. We try to show them that their preconceived notion of what they would do if they were a 19-year-old female private as opposed to a 40-something, white male with the resources and power of an Army battalion at his fingertips is not necessarily what is typical or even desirable for victims of sexual assault. We call in experts: sexual assault nurse examiners, psychologists, and psychiatrists. Unsurprisingly, a lot of times one cannot change an opinion formed by 30 or 40 years experience with an hour or even a day or two’s worth of testimony. It just doesn’t happen.

This does not even scratch the surface of what the victim experiences. Having gone through this myself, I can honestly say there is nothing more intrusive, nothing more simultaneously humiliating, painful, and soul searing as being the victim of a sexual assault preparing for trial. It’s a wonder why anyone comes forward at all.

It begins with the decision to come forward: Do you come forward? Do you rip apart the bonds of comradeship and trust, forged by training and battle, with allegations one among you is a traitor? Do you expose yourself to shame and ignominy of having to speak of your deepest, most intimate violation to your (usually male) team leader/squad leader/platoon sergeant, knowing that it will ultimately be passed among your peers and leaders like so much juicy gossip? Do you subject yourself to the urging of the sexual assault response coordinator or your first sergeant or company commander or battalion commander or CID to prosecute even if you are not mentally or physically prepared to do so? Do you not wash yourself, even with the smoke still in your hair and his semen inside you, even though that is the one thing you desperately want to do more than anything in the world?

Do you subject yourself to the rape examination, the clipping and the combing and the invasive internal examination? The shots: Hepatitis B, Penicillin? The drawing of blood for an AIDS test? Do you go to a therapist, knowing whatever you say to him or her could be open for viewing by the defense attorney; his client, twisted, sharpened, and used like a knife against your most deepest and darkest vulnerabilities?

If you do decide to tell, do you ask for a transfer? Would you rather look your rapist in the eye every day at morning formation or lose every friend you’ve spent making over the past year, friends you’d die for?

The truth is, I don’t know what the answer is. I don’t know how we prosecute a crime occurring behind closed doors and meet the burden of beyond a reasonable doubt while simultaneously protecting the rights of the victim and the accused. Right now, despite our best intentions, we seem to be failing. We force victims to come forward when they are not ready. We isolate them from their support systems by transferring them with the intention of protecting them from their rapists. We trample on fragile psyches in order to drive all rapists from our ranks and to have enough information to brief at command and staff.

We’re the Army. It’s what we do: We come in with overwhelming force to annihilate a problem. Our collateral damage is the victims we leave in our wake. Those kids we want so badly to take care of, the ones we are ready to maim, kill, give our own lives for, we are failing them. Even if we win the case, we might lose the soldier. The best we can do for them is to stop it from happening in the first place.