Attorneys for the former captain of the Navy destroyer USS Fitzgerald, charged with negligent homicide in the deaths of seven... 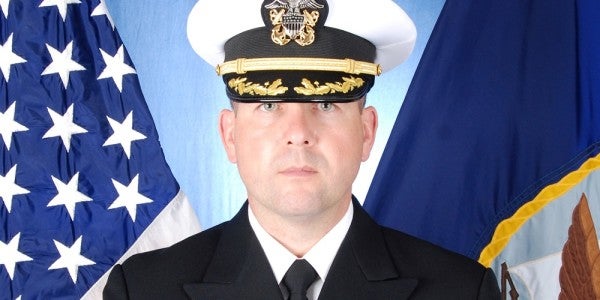 Attorneys for the former captain of the Navy destroyer USS Fitzgerald, charged with negligent homicide in the deaths of seven U.S. sailors during last July’s collision with a commercial vessel off the coast of Japan, have lashed out at the Navy for allegedly “litigating this case through the media.”

Benson attorneys, Lt. Cmdr. Justin Henderson and Cmdr. Ben Robertson, issued a blistering May 15 statement alleging that Navy leadership has publicly portrayed their client Benson — who was absent from the bridge when the Arleigh Burke-class guided missile destroyer Fitzgerald collided with container ship ACX Crystal on June 17, 2017 — as guilty instead of presumed innocent.

The attorneys cite a May 8 Navy news release that says the Fitzgerald’s officer of the deck “accepted responsibility for the role she played in the USS Fitzgerald collision” by pleading guilty.

“That implication is that anyone, especially a commanding officer, who does not plead guilty is declining to ‘accept responsibility,’” Henderson said in an email. “This comes from the public affairs arm of the [Chief of Naval Operations], who has repeatedly identified collision as the fault of the commanding officer.’”

Benson’s defense is making a good case, said retired Marine Lt. Col. Guy Womack, a military defense attorney and legal expert based in Houston. Womack, who called the attorney’s statement “excellent and well-founded,” told Task & Purpose that the Navy is likely struggling to convict Benson of negligent homicide because the service would have to prove that Benson caused the deaths of the seven sailors either by his actions or failure to act.

Indeed, Benson stands a good chance of being acquitted based on the facts of the case. The skipper was asleep in his stateroom and seriously injured when the bow of the other ship crushed his quarters, leaving him hanging from the side of the ship until he was rescued. As Womack pointed out, none of the sailors manning the Fitzgerald’s bridge at the time of the collision notified Benson about the impending danger.

“There were so many levels of officers and enlisted sailors between him and the rudder of that ship that I think it would be very difficult to prove that the CO in this case was negligent,” Womack told Task & Purpose. “According to the articles – and I’m certain they are true – there was a regulation telling the officer of the deck and all of the other officers that, ‘If you see something dangerous, tell the CO, maneuver out of harm’s way, sound alarms.’”

“There are an infinite number of things you can do not to collide with another vessel and everyone standing duty is responsible for knowing the orders,” he added. “It’s a really simple thing to say: ‘Hey, there’s a problem; go get the skipper. Call him right now and get him up.’ That could have been done and it wasn’t done.”

In a statement to T&P;, the Navy responded to Benson’s attorneys by claiming that all information provided to reporters has been limited to the facts of the proceedings and they have been in accordance with the service’s regulations, as spelled out in the Manual of the Judge Advocate General.

The Navy has taken a series of administrative actions since both the Fitzgerald and USS McCain collisions but they are “separate and distinct” from ongoing criminal proceedings, the Navy said in a statement on Wednesday night.

“The Navy's public discussion of earlier administrative actions does not imply guilt of UCMJ [Uniform Code of Military Justice] charges,” the Navy statement says. “Those accused are always presumed innocent unless proven guilty, and our communication of the status of criminal proceedings have been fact-based and in accordance with service regulations.”

The convening authority in the case must now decide if Benson will face a court-martial or other disciplinary or administrative action, according to the Navy.

Benson, who also faces charges of negligent dereliction of duty and negligently hazarding a vessel, was expected to appear in court on May 21. Instead, he waived his Article 32 hearing, “because the hearing was not necessary,” said Henderson. “There will be no plea deal.”

Henderson declined to answer when Task & Purpose asked if Benson’s attorneys plan to argue that the Navy has committed unlawful command influence in this case.

“We aren't commenting on any planned defenses, trial strategies, or motions,” Henderson said. “This is because we really don't want to litigate through the media, and we do trust the court-martial process.”

UPDATE: This story was updated on May 17 with a statement from the Navy.