How exactly do the pilots of one of the world's most sophisticated spy plane take a dump during flights of... 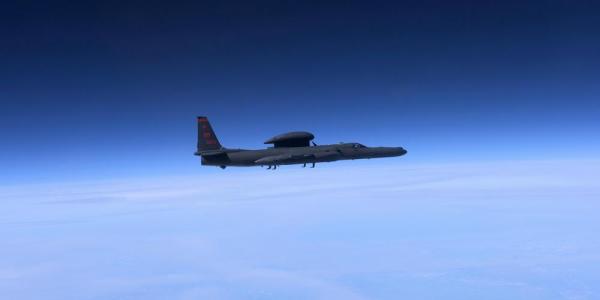 How exactly do the pilots of one of the world's most sophisticated spy plane take a dump during flights of between 8 and 12 hours at twice the altitude of commercial airliners?

The answer is simple, according to the CIA: They don't.

Back in 1962, the CIA put out a top-secret manual explaining the ins and outs of why and how U-2 pilots could go through a long surveillance flight while, well, keeping their own waste in.

While operating at an altitude of 70,000 feet, the U-2 reconnaissance plane's low pressure required pilots take special precautions to avoid a grisly end, from a pre-flight diet of pure oxygen to a pressurized flight suit.

“If nitrogen remains even after pre-breathing and the pilot goes up,” as Air & Space explained, “the thin atmosphere will cause the nitrogen dissolved in the body’s blood and tissue to essentially boil.” That the U-2 even manages to operate at all without liquifying its pilots is something of a minor miracle.

Flight suits came with a special contraption to handle urine, but defecating was simply a no-go at cruising altitudes. “We’d ruin the suit,” as U-2 pilot Capt. Michael Opresko told Stars & Stripes. “So for that reason, we eat a high-protein, low-residue diet.”

Ironically, the Central Intelligence Agency's guide to feces-free spy plane operations has remained classified for decades — until now. Thanks to a Freedom of Information Act request, the folks at MuckRock managed to surface the agency's 1962 manual for “physical maintenance control,” including the controlled pre-flight diet and regimen of pilots.

U-2 pilots need a “high protein, low residue diet … to provide foods which can be almost completely absorbed from the gastrointestinal tract” for at least 24 hours prior to a mission, “thereby leaving a minimum of residue for the formation of feces and intestinal gases,” according to the CIA manual.

“This obviates the need for frequent defecation and decreases the likelihood of significant gaseous expansion in the intestinal tract.”

The bottom line: Less need to shit means less chance of your shit exploding in your gut. Gross.

That core U-2 pilot diet consists of “meat, rice, eggs, sugar” and “small amounts of fruit juices, tea, and coffee,” per the CIA:

Banned foods, on the other hand, include everything good in this world:

No word yet on whether the U-2 diet pairs with any other military-related activities, but if you do choose to give it a shot, send us a status report.

You can read the entire handbook at MuckRock.