How an Air Force spy plane pilot saved a civilian aviator in distress from 70,000 feet

“As a U-2 pilot, I was flying twice as high than most airliners, so I had a very good line of sight with my radios.” 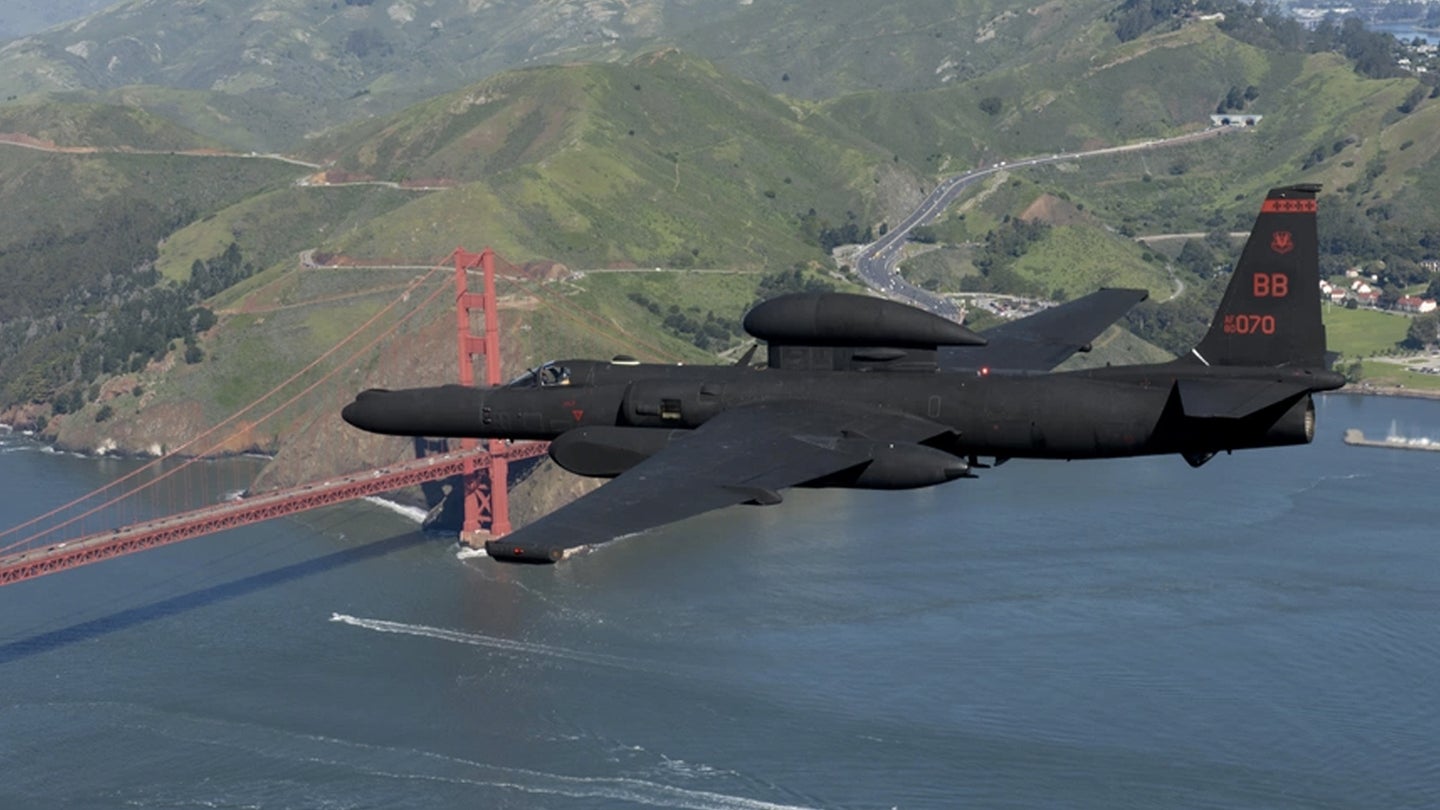 You might not think that a 66-year-old spy plane that flies top secret missions in faraway places would also double as a rescue plane in a pinch, but that’s exactly what happened earlier this month high above northern California. On Feb. 8, an Air Force pilot flying the U-2 Dragon Lady, an all-black spy plane that first entered service in 1956, doubled as a flying relay station between air traffic control and a civilian pilot having engine trouble. After about 30 minutes, the civilian came to a safe landing, all because the U-2 had the altitude to get messages to and from the imperiled civilian aircraft.

“Due to the altitude of the civilian aircraft, Travis [Air Force Base] was not able to hear or see them on their radar,” said the U-2 pilot, identified only as Maj. Heatherman in an Air Force press release. “As a U-2 pilot, I was flying twice as high than most airliners, so I had a very good line of sight with my radios.”

It’s true: the U-2’s defining trait has always been how high up it can fly. When the aircraft was first developed in the early 1950s, the CIA needed a plane that could perform long-range reconnaissance missions to keep track of what the Soviet Union and its satellite countries were up to. According to the Smithsonian, recent breakthroughs in film technology also made it possible to take high resolution photographs from very high altitudes, where it would be difficult for the Soviets to intercept with missiles and fighter jets.

“Trying to figure out what the Soviets were doing was paramount,” said a former U-2 pilot, retired Col. Michael “Lips” Phillips, on the Fighter Pilot Podcast. Phillips explained how the famed aircraft designer Kelly Johnson was inspired by the F-104 Starfighter, an interceptor aircraft that looks like a needle with stubby wings.

“He said ‘I can put glider wings on that thing, I can get it up high in the atmosphere and it can fly halfway around the world,’” Phillips said. “It can get you pictures of what you want. He did that on a napkin.”

The U-2 often flies at 70,000 feet (13 miles) and above, while commercial airliners usually fly at around 31,000 and 38,000 feet (6 to 7 miles), according to Time. That high up, you can see the curve of the Earth, the move of the night sky across the planet, and the tiny shape of airliners beneath you, one U-2 pilot, identified only as Maj. Chris, said in 2020. That was the altitude Heatherman was flying towards shortly after takeoff from Beale on Feb. 8.

About 20 minutes after getting airborne, Heatherman heard a mayday call from a civilian aircraft experiencing engine trouble over Lake Berryessa, about 35 miles west of Sacramento. Heatherman found out that Travis Air Force Base air traffic control was coordinating the situation, but due to how high up the civilian plane was, the base was having a hard time tracking it. The U-2 pilot used his even greater altitude to relay radio messages to the civilian aviator. About 30 minutes after the call, the California Highway Patrol reported that they found the civilian aircraft safely landed in a field near the lake.

Though Heatherman likely used only a radio to support the other pilot, that’s just one of many communication and surveillance technologies that the Dragon Lady can carry. Just like Kelly Johnson intended, the U-2 is basically just a massive glider that is capable of carrying large payloads of sensors, cameras and other tools for gathering information for the U.S. government.

“It’s just a glider with a big motor stuffed up its ass,” said Phillips. “The reason it’s still used every single day is all the crap that we got on the most sophisticated spy satellites in the world can be put on a U-2. And the bad guys don’t know when it’s coming.”

Unlike satellites, which fly over the earth in regular, predictable patterns, the U-2 can fly whenever a commander needs it, which means the enemy can’t hide from it, Phillips explained.

“The handful of airplanes that we have, we’ve got about three dozen left, they fly every day,” Phillips added. “Somewhere in the world, some agency of the government needs something, and the U-2 flies all the time.”

Phillips himself felt lucky to experience that high-demand. He said he spent time on missions so secretive that he and his fellow pilots could wear only civilian clothes while stationed at foreign countries’ air bases.

“It was a lot of geopolitical intrigue and boy we just thought we were James Bond, you know?” he said.

Top secret spying and geopolitics aside, the mayday call over California shows that the Dragon Lady sometimes doesn’t have to go all around the world to do good work.

“Thankfully the aircraft landed safely in a field with no injuries, and Maj. Heatherman then proceeded on his mission,” said Air Force Maj. Dudderar in the press release. “There is a common bond among all pilots, whether military or civilian. We all will lend a hand if we can help in a difficult situation.”