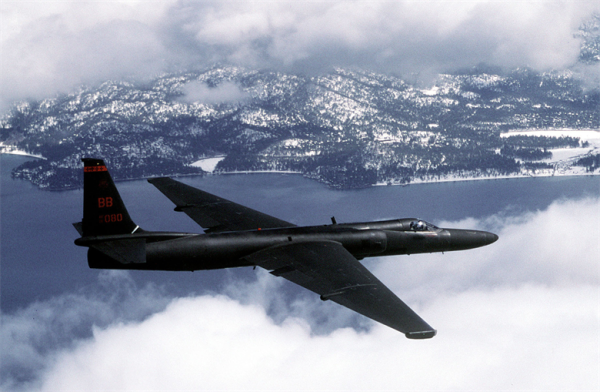 For some brave U-2 pilots, life on the ground just can't compare to flying a 64-year-old spy plane to the edge of space, but some airmen need that extra rush.

For Capt. Joshua Bird of the 99th Reconnaissance Squadron, he seemed to have found that rush in cocaine — at least, that's what an official legal notice from Beale Air Force Base said he did.

Bird was convicted at a general court-martial in October for using cocaine, distributing dextroamphetamine sulfate (also called “go-gel,” a form of the medication used to treat attention deficit hyperactivity disorder, or ADHD) to others for recreational use, and, most notably, for obstructing justice by “shaving his entire body to avoid a drug test,” according to the notice.

Bird was also convicted of conduct unbecoming an officer for putting a service member in touch with a civilian to buy steroids, the notice said.

He was sentenced by a panel of officers to three months confinement and dismissal from the Air Force, the notice said.

Why would Bird shave his entire body to avoid a drug test? One possible reason is a hair follicle drug test, an alternative to standard urinalysis where samples of the tested person's hair are analyzed for signs of drug use (The Air Force did not immediately respond to questions about whether the branch uses the hair follicle drug test).

The go-gel is a little harder to explain. Taking “go-pills” is a storied tradition for Air Force pilots, who have to stay focused while battling the fatigue of a long flight and maneuvering multibillion dollar aircraft and all their scary armaments. The Air Force itself wrote in 2004 that dextroamphetamine, one of the components of Adderall, was the “'go-pill' of choice” for more than 60 years.

The thing is, taking pills gets complicated 13 miles above the Earth, where U-2 pilots have to wear pressurized suits just to survive. Those suits come with special tubes in the helmets so that pilots can slurp a paste-like form of food while they fly (According to Aviation Week, the flavors include beef stroganoff and chicken a la king).

According to Aviation Week, some U-2 flights can be up to nine or 12 hours long. Even flying the U-2, which the Air Force calls the most difficult aircraft in the world to fly, must get boring sometimes on a flight that long. Enter “go-gels,” the liquid form of the Air Force's favorite upper.

The legal notice said Bird was prescribed the gels during a deployment, but that prescription must not have specified that Bird wasn't supposed to dole them out to his buddies for funsies. That prescription likely didn't instruct him to do cocaine or avoid drug tests by shaving his entire body either, which Bird certainly knows now.

As one Air Force amn/nco/snco commenter put it: “Here for a good time, not a long time.”