The Defense Travel System’s days are numbered. Here’s why it sucks

Finding people with DTS horror stories to tell was not difficult. 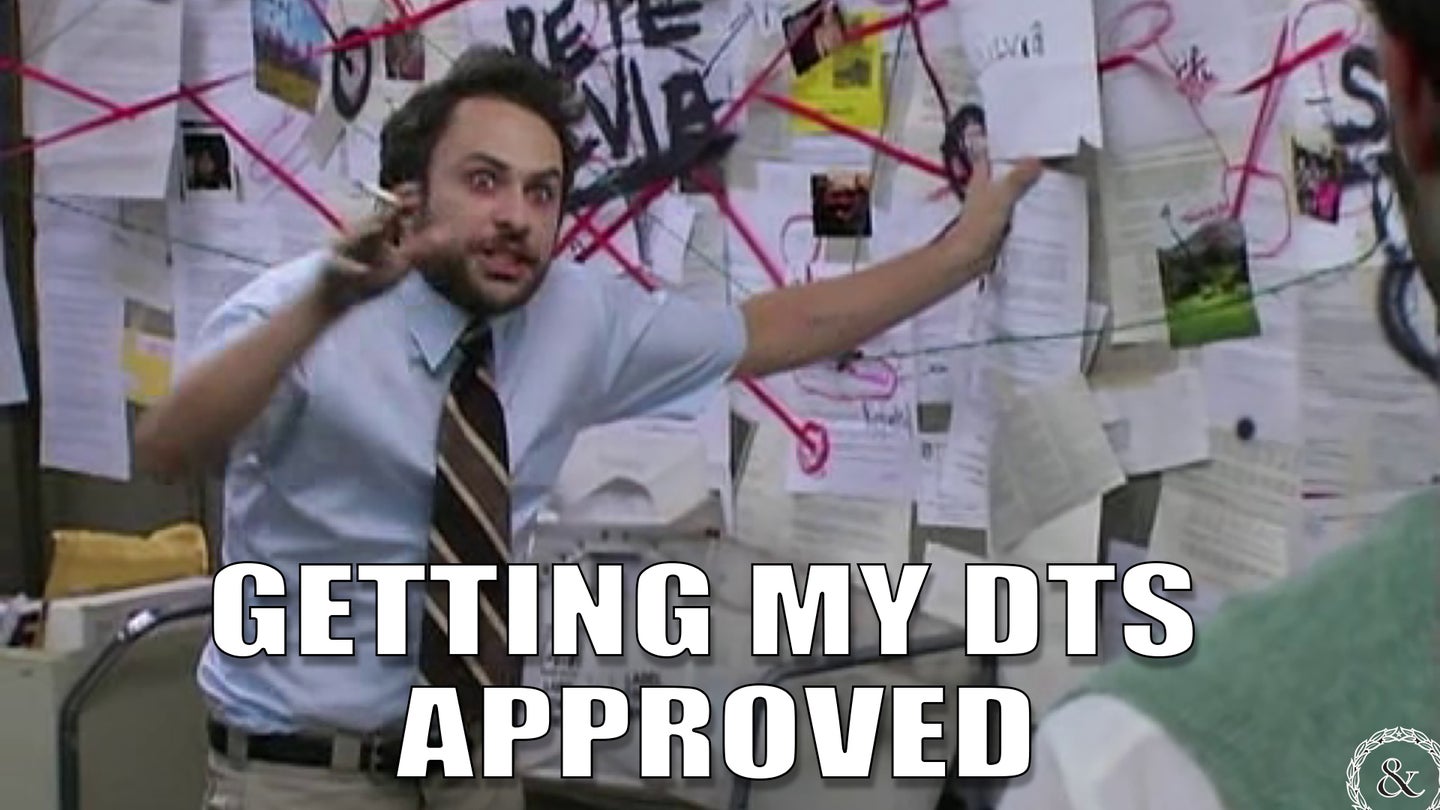 It looks like the Pentagon is moving forward with issuing a contract to replace the antiquated and widely despised Defense Travel System – also known as the one piece of military technology that the Defense Department is actually encouraging China to steal.

Jared Serbu and Scott Maucione of Federal News Network first reported on Monday that the Defense Department is in negotiations with the firm Concur Technologies in preparation of awarding a contract for DTS’ replacement, which is called Defense Travel Modernization.

That company has already developed a prototype of the new software as part of a $9.3 million contract it received from the Defense Department in 2018.

Other companies have until May 17 to submit their own proposals for a new travel system, according to a notice on the General Services Administration’s creaky new website for contact opportunities – that is another story altogether.

There is no timeline yet for when the Defense Travel System will be replaced by the new software, said Pentagon spokeswoman Lisa Lawrence.

The new travel system is meant to be an “up-to-date, modern, state of the art travel application at reduced costs,” Lawrence said.

The current Defense Travel System has a reputation for being as user-friendly as the bubonic plague. Full disclosure: This reporter has never used DTS. The last time I filed travel expenses from going on temporary duty, I used paper forms, which were arcane and convoluted but at least they frickin’ worked.

As it turned out, finding people with DTS horror stories to tell was not difficult. Former Army Staff Sgt. Victoria Chamberlin recalled her first permanent change of station nightmare when she and her husband arrived at the airport with their cell phones already shut off, only to find that their tickets from South Korea to Germany had not been paid for.

Chamberlin and her husband, who were both specialists at the time, were trying to take a commercial flight because they were bringing their cat with them and pets were not allowed on Patriot Express flights out of South Korea.

“We had to use a nice Korean man’s cell phone to make about 67 phone calls, and got it straightened out and the cat ok to leave the country and enter Europe with literally 5 minutes to spare before our plane closed the doors,” Chamberlin said. “I am remembering language barriers, and we had 3 carts worth of bags with us that would have made it hard to turn around and leave – plus the cat. Oof.”

William Monahan, a former Air Force technical sergeant, remembered when a DTS SNAFU left him without per diem for 10 months.

Even though Monahan was filling out the required voucher forms, DTS was not reimbursing the travel card company because the system set the actual payout date for the end of his year-long trip, he said. After two months, his travel card was declined and the DTS representative he was working with refused to correct the error.

His unit ended up drawing from squadron funds to help him pay his travel card, allowing him to stay in his hotel and keep his rental car for months, he said.

“In the meantime I was getting chased down by leadership to use my personal money to pay off the card,” said Monahan, who eventually had to pay a couple thousand dollars out of pocket.

When problems with DTS prevent young soldiers from paying their bills on time, it can create lasting damage to their credit scores, said Alex Plitsas, a former sergeant in the Army Reserve.

Soldiers are required to use a government credit card and then submit a travel voucher within five days of the end of their trip, but they don’t always have the time to do so, Plitsas said. Another problem is that administrative and bureaucratic mistakes often result in requests for reimbursements being rejected, so soldiers’ credit card bills are not paid on time.

“Even though it’s a government credit card it affects the soldiers personal credit score. Not always easy to explain to an 18-year-old off the farm who has never had a credit card in their life,” Plitsas said. “They tend not to understand the potential impact of having negative credit entries. This is compounded by the fact that there are a number of car dealerships, payday loans, etc. targeting young soldiers right off of the bases and having poor credit scores makes those predatory loans even worse.”

Not all of the problems associated with DTS are a result of the system itself, said former Army Major Alan Van Saun.

The whole travel reimbursement process is difficult because the Joint Travel Regulations are very nuanced and complex, said Van Saun, who left active duty in 2019.

Another complication is that travel vouchers need to be approved before troops can be reimbursed, said Van Saun, who has seen entire brigades where only one, two, or three people are capable of granting that approval.

“They are just absolutely swamped with authorizations and vouchers that they’re trying to review and approve and it creates a huge bottleneck, a huge delay,” Van Saun said.

Units can create further delays by demanding that troops submit receipts for expenses under $75, which is not a requirement under the federal travel regulations, he said.

“So, if I go to claim a taxi ride or overnight parking at the airport, something like that, I – by the regulation – don’t have to submit a receipt,” Van Saun said. “And you’ll have organizations that say: No, we need a receipt for everything – and will kick back a voucher because of something silly like a $10 airport parking fee. And that voucher gets kicked back and now your process basically starts over.”

That requires service members to submit their vouchers several times, he said. The back-and-forth can last so long that the charges on the government credit card become overdue.

“Now you are on a hit list with the command team because your government travel card hasn’t been paid and because your DTS voucher hasn’t been approved,” Van Saun said. “And they come down hard on the soldier.”

All of these problems are due to the burdensome travel regulations and the units themselves, not the software, Van Saun said.

But DTS also has a lot of problems that are inherent to the system, said retired Army Col. Arnold Strong.

Strong, who retired in 2017, said he spent the better part of a decade using DTS because he traveled so often. He found DTS so difficult to use during that time that he nicknamed it the “Don’t Travel Service”

“It’s been challenging for soldiers, leaders, NCOs, officers, and lower enlisted alike to navigate how to actually get from Point A to Point B,” Strong said. “I would usually run everything by an E-5 clerk that I had – even though it’s supposed to be very autonomous – I always wanted to make sure that I had expertise. Otherwise, you end up having long layovers, having poor connections, because it’s designed to find the cheapest source available for the government. So you end up going in sort of chaotic directions.”

UPDATE: This story was updated on May 12 with a statement from Pentagon spokeswoman Lisa Lawrence.