“This was extremely valuable." 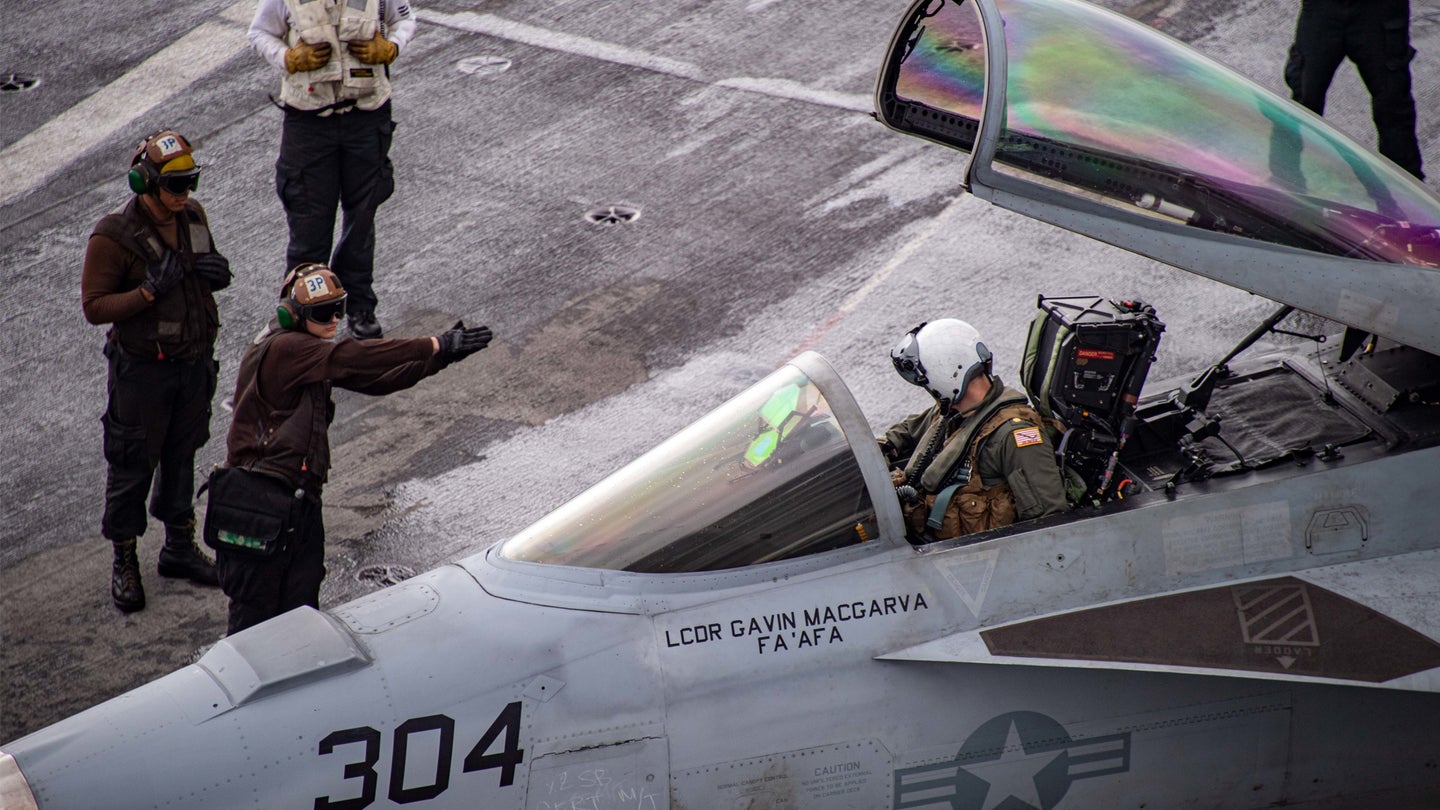 For nearly a week in late November the Navy and Marine Corps practiced striking naval targets in the Indo-Pacific, in what was almost certainly a training exercise to prepare for a possible fight with China.

Troops with the 1st Marine Aircraft Wing and the Navy’s 7th Fleet recently conducted “a joint rehearsal of tactics and simulated strikes” off the coast of Japan, according to a recent press release. The training exercise lasted six days; included F/A-18C Hornets and F/A-18E and F Super Hornets, the E-2D, and KC-130J; and involved Marines and sailors based on mainland Japan, Okinawa, or aboard the USS Carl Vinson aircraft carrier.

The training event “offered a vital opportunity to practice lethal maritime actions … against a peer adversary,” Lt. Col. Jeremy Siegel, the lead planner for the exercise and the operations officer for 1st MAW said in the release. “This was extremely valuable because it allowed us to further refine our tactics, techniques, and procedures for carrying out joint maritime strikes and it also provided us the opportunity to practice command and control of a diverse organizational structure. Through events like these, we are able to establish a repeatable framework that can be applied to similar actions in the future.”

While the press release doesn’t mention specifically who those exercises were meant to prepare U.S. troops to fight, anyone who has been paying even the smallest amount of attention over the last few years would have a pretty good guess: China.

The Pentagon has been overwhelmingly focused on “great power competition” — or more recently, “strategic competition” — with “near-peer adversaries,” which in layman’s terms often translates to a future conflict with Russia or China. Military leaders have been open about the fact that they are regularly watching developments out of Beijing and focusing on making sure troops are prepared for anything.

Adm. Philip Davidson, the former head of U.S. Indo-Pacific Command, told the Senate Armed Services Committee in March that China is “the greatest long-term strategic threat to security in the 21st Century.”

“China’s pernicious approach to the region includes a whole-of-party effort to coerce, corrupt, and co-opt governments, businesses, organizations, and people of the Indo-Pacific,” Davidson said. Marine Maj. Gen. Roger Turner, commander of the 1st Marine Division, echoed those thoughts in an interview with Task & Purpose in July, saying China could pose an “existential threat” to the U.S.

“We obviously don’t want that,” he said, “but we need to train for it.”

And it’s not just the U.S. training for a potential conflict. Earlier this month, the Chinese military built full-scale mockups of U.S. aircraft carriers and warships at “what appears to be a new target range,” according to Reuters.

Tension between the U.S. and China is even clearer in the context of a possible fight over Taiwan, to which the U.S. recently sold millions of dollars worth of weapons. In response to news of the arms sale earlier this year, a spokesperson for China’s foreign ministry said China “will resolutely take legitimate and necessary counter-measures in light of the development of the situation.”

Just this month, Chinese President Xi Jinping warned President Joe Biden that the U.S. was “playing with fire” with talks of Taiwan’s independence, adding that “whoever plays with fire will get burnt,” according to BBC News.

Meanwhile, the U.S. is watching China’s growing naval capabilities. Davidson reported to Congress in his testimony in March that by 2025, China is expected to have 54 multi-warfare combatant ships in the Indo-Pacific region, as well as three aircraft carriers and six amphibious assault ships. The U.S., by comparison, has six ships comparable to China’s multi-warfare combatant ships, one aircraft carrier, and two amphibious assault ships in the region.

During the Senate Armed Services Hearing, Davidson was asked about three unclassified charts which he said illustrated China’s investment in growing their number of ships in the Indo-Pacific, while the U.S. military’s forces have been “relatively static.”

If the U.S. doesn’t “make changes in our posture forward,” Davidson said, “it will demonstrate that the Chinese have much greater capacity than we have.”