In Second Season, Serial Takes On Bergdahl — And The Messy World Of Military Culture

The highly anticipated second season of the podcast Serial dropped on Thursday, this time focused on the high-profile military case... 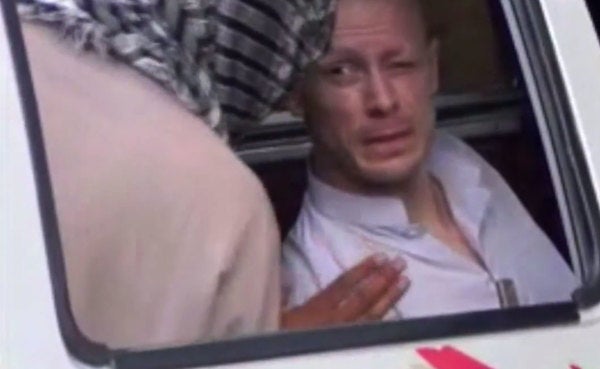 The highly anticipated second season of the podcast Serial dropped on Thursday, this time focused on the high-profile military case against U.S. soldier, Bowe Bergdahl.

For those unfamiliar with the podcast, season one of Serial was released by public radio station WBEZ in October 2014 and examined a murder case that took place in Maryland in 1999. Eighteen-year-old Pakistani-American Adnan Syed was accused and found guilty of murdering his 18-year-old ex-girlfriend, Hae Min Lee, based on the testimony of his friend, Jay Wilds.

While there was no physical evidence tying Syed to the murder, Wilds testified that Syed confessed to the murder and was forced help hide the body. The 12-episode podcast was a viral success, unprecedented in the world of podcasts, with over 100 million downloads, as investigative reporter Sarah Koenig explored different angles of the case and Syed’s alleged innocence episode by episode.

We were surprised to learn that season two of Serial would focus on the Bergdahl case. On June 30, 2009, Bergdahl walked off his post in Paktika province, Afghanistan, and was captured by the Taliban who held him prisoner under horrific conditions for five years. In a very controversial trade with the United States, Bergdahl was released in May 2014 in exchange from five Taliban detainees held at Gitmo.

There is no question that Bergdahl committed a crime; he’s easily one of the most hated men in America among the military and veterans community. Bergdahl knew he would be in trouble for walking off base. Serial’s decision to focus on this story is a big departure away from season one, which intently focused on seeking the truth behind Lee’s murder. In choosing Bergdahl, Serial departed from the poignant discussion on the American criminal justice system it found in season one. In Bergdahl, it finds a deeply politicized story, and one wrapped in the complex nuance of both military culture and the military’s autonomous code of military justice. We’re anxious to see where the producers of Serial carve out a story there.

In framing the story, Koenig says, “This one idiosyncratic guy makes a radical decision at the age of 23 to walk away, into Afghanistan. And the consequences of that decision, they spin out, wider and wider. And at every turn, you’re surprised, the picture changes. To get the full picture, you need to go very, very small, into one person’s life; and also very, very big, into the war in Afghanistan.”

In order to tell this story, the Serial team partnered with Mark Boal, the screenwriter who wrote and produced “The Hurt Locker” and “Zero Dark Thirty,” who has over 25 hours of recorded conversations with Bergdahl for an upcoming film. While Serial does not have any original interviews with Bergdahl, he did grant them permission to use the Boal phone recordings.

The second series kicks off with an overview of the events that took place on June 30, and Bergdahl’s reasoning for walking off base, in his own words. According to him, he wanted to launch a DUSTWUN — Army parlance for “duty status: whereabouts unknown” — to call attention to bad leadership in his unit. If the entire American military apparatus in Afghanistan was launched into finding him, he would be able to get an audience with anyone he wanted, the theory goes.

“All’s I was seeing was basically leadership failure, to the point where the lives of the guys standing next to me were — literally from what I could see — in danger of something seriously going wrong and somebody being killed,” Bergdahl says in an interview. Koenig calls this the biggest point of conflict in his story. A large part of that conflict centers around how many lives Bergdahl himself risked in deserting the base. The number of soldiers who were forced outside the wire to search for Bergdahl added great danger for dozens, if not hundreds of American service members. It’s tough to hear Boal call the plan “gutsy” without regard to the danger it imposed on people not named Bergdahl.

It’s unclear how much of Bergdahl’s recounting is believable, something Koenig pledged to address in later episodes. It’s shocking to hear him describe details in what is ultimately still an active military court case, effectively handing evidence and ammunition to the prosecution. It’s further unclear whether Bergdahl has been coached to say these things in order to demonstrate good intentions or disillusionment as he waits to hear whether the Army plans to drop the two desertion charges against him, one of which could lead to life in prison. In certain voice clips, Bergdahl sounds irrational. At one point he says he was trying to be a real-life Jason Bourne.

“I was trying to prove to the world … that I was capable of being that person … me saying I am like Jason Bourne. … I could be what it is that all those guys out there who go to the movies … They all want to be that, but I wanted to prove that I was that.”

Bergdahl’s voice is not the only one heard in episode one. Koenig also speaks with several soldiers in his platoon who will presumably be heard more from as the series continues. They describe the terrible conditions at OP Mest, where Bergdahl’s platoon would spend days on watch. The place was hell.

However, the one thing that is lacking from this episode is the clarity that Bergdahl’s experience in Paktika was not unique to the thousands of service members who deployed to Afghanistan. Men lived in squalor, without showers, electricity, enduring periods of boredom, burning their own shit just a couple of feet from where they slept, and often with poor small-unit leadership. Koenig is awed by this fact, but it’s only her disconnect from the experience of war that inspires this emotion. Any service member who spent time at an outpost in Iraq or Afghanistan is well versed in the environment.

Perhaps the most vexing moment in episode one comes from Boal’s description of Bergdahl; he says, “… he’s a mystery. He poses this really mysterious dilemma. Because he did something that’s from a military perspective from a lot of people’s perspective is unforgivable. He commits a cardinal sin in walking off and leaving his post. And yet it’s not that simple because he says he did it for really — not just really good reasons, like the most important, profound reasons you could possibly think of. So how do you judge someone like that, how do you judge him?”

Presumably, Boal’s comments are driven by the fact that he believes Bergdahl’s motive — that he walked off base to “save” his teammates from a dire leadership situation. But, anyone who has served, or anyone who has gone to war, knows that there is no important or profound enough reason to walk off a combat outpost. Bergdahl knew the actions that would be implemented when it was discovered he was gone, and he knew the risks that action would mean. It would put his brothers in arms in danger and risks their lives at his expense. Beyond the politics and the nuance, that’s the bottom line. You don’t leave your fellow soldiers. You don’t manipulate systems designed to save lives to prove a point. That Boal doesn’t perceive this demonstrates a misunderstanding of war and its family bonds that are ingrained in the men and women who join the military. As Task & Purpose contributor Stephen Carlson wrote in 2014, Bergdahl broke the golden rule of the military: Don’t be a buddy fucker.

We will be following the Serial series and publishing our take on each episode and will be speaking to experts and service members close to the case. We also want to hear from our readers. Send us your reactions and feedback at editor@taskandpurpose.com.

You can listen to Serial at its website, serialpodcast.org, download it from the iTunes store, or stream from Pandora.