As the American military becomes more isolated from society and society more disconnected from war, public understanding of its military... 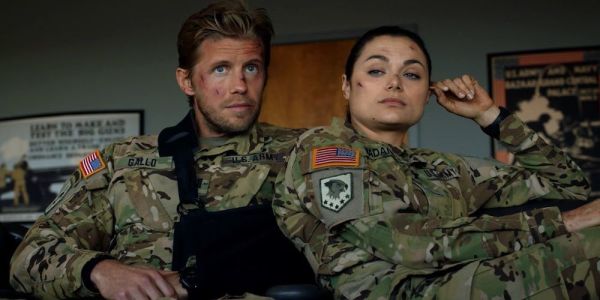 As the American military becomes more isolated from society and society more disconnected from war, public understanding of its military will continue to impact the interest among young people to serve and the burden of war on military members and families. The familiarity gap between the military and society exacerbates contradictory attitudes towards the military community: the military as an institution enjoys incredible public support, but the emergence of ‘generations of war’ given high service rates among children of service members are met with shrinking familial connections to the military. Similarly, public views label veterans as community assets and leaders, but also assume veterans experience PTSD and homelessness. The military is easy to love from afar, but the disconnect ultimately threatens national security.

One way to increase understanding and knowledge about the military among an uninformed public is to leverage the influence of media and entertainment. But both media coverage and the growing ecosystem charity and advocacy campaigns often confuse rather than comprehensively educate the public on the issues facing service members. As a result, the public is left with the cognitive dissonance between narratives that service members and veterans are simultaneously heroes and broken individuals — and this misrepresentation of service members, veterans, and the military experience only serve to perpetuate and compound the so-called ‘civil-military divide.’

While PSA efforts to portray veterans as civic assets with high rates of volunteering, voting, and leadership can shift perceptions about veterans, the most accessible and pervasive depictions of military service and veterans appear in television and film. A recent episode of VICE News—focusing on VET Tv, a dark comedy channel for veterans—is one illustration of an uninformed public. Self-branded as the “first veteran television network full of dark, perverted, inappropriate, controversial, and irreverent military humor,” the relative popularity of VET Tv among veterans highlights the need for varied media options for the veteran community as well as increased public engagement in the effects of recent conflicts.

However, VICE’s reporting took VET Tv at face value as a “dark, depraved” depiction of military life rather than addressing the subtleties of military branches, the struggles of grunt life, the cultural differences between enlisted troops and officers, or even just the experience of combat. Such oversimplification of service members and veterans is common: VET Tv’s founder believes the “biggest misrepresentation in mainstream media is the language that is used amongst military personnel.” While VET Tv offers a different extreme of military service—one specific to infantrymen and a direct foil to the Hollywood hero narrative—it highlights the lack of options for veterans and how little the American public and mainstream media understand about its military.

Despite some recent attempts by networks to launch military television shows, almost all have been cancelled after one season. Unlike after WWII—when long-running shows like M.A.S.H., the A-Team, and Major Dad were a mix of sitcom, social commentary, and military humor—storylines today tend to be high-octane heroics. Generation Kill, a standout mini-series about the Iraq war, was firmly grounded in a reporter’s observation of the hurry-up-and-wait realities of war.

By contrast, CBS created three shows each with a few seasons in the post-9/11 era (JAG, The Unit, and SEAL Team), while other networks canceled shows (Valor, Enlisted, and The Brave) after one season. Enlisted, a comedy about enlisted soldiers on a military base, was cancelled in its first season due to low ratings despite positive reception in the military community. All the other shows fit into the Hollywood combat hero stereotype. The modest success, limited following, and lack of critical acclaim of these shows points to a broader lack of understanding among the American public necessary to engage with it or laugh at it.

Critical work by RethinkVets and Got Your 6 has been designed to challenge misconceptions and narratives. RethinkVets, an arm of the Heinz Endowment, works in the Pennsylvania region to drive better outcomes for service members and to change the belief that service members are broken heroes. Analysis by Got Your 6 showed that American perceptions and narratives of post-9/11 veterans shift most compellingly not when veterans are promoted as heroes but as community assets. Got Your 6 backed up these studies by creating 6 Certified, a program to evaluate and encourage more normalized media depictions of veterans. To broaden knowledge and combat the familiarity gap, such initiatives need to expand or become nationwide programs advocating for the full investment of Hollywood writers and producers.

Media and entertainment companies may have been able to profit from depictions of the military, but they’ve done so without challenging stereotypical narratives. Somewhere between “patriotic correctness” and “the sea of goodwill,” society has determined that expressions of respect and thanks without true engagement or depth of understanding is enough. The familiarity gap often means service members and veterans are expected to conform to existing stereotypes. Public denialism that favors the patriotic action hero image of the military often refuses to acknowledge the varied and complex identities and experiences of those who serve: pervasive misconceptions both imagine and expect the military to be something it often is not.

To address further isolation of the military, American society needs more nuanced conversations about military service, military members, and their families, and what it means to be a veteran in all arenas—especially media and entertainment. Without it, America’s current mode of patriotism will remain an empty gesture that continues to narrow the burden of conflict on a select few.