The Life Of The Lower Enlisted, In 5 Memes

Every day, Task & Purpose community manager Aaron Provost keeps an eye on what the military and veterans community is... 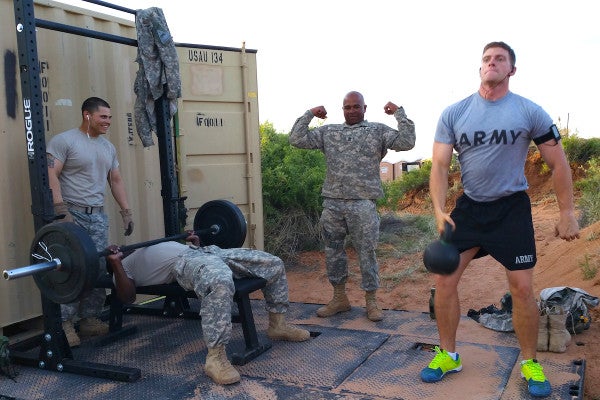 Every day, Task & Purpose community manager Aaron Provost keeps an eye on what the military and veterans community is talking about. This week, he offers a brief visual guide to the daily successes and failures of America’s fighting men and women in the style pioneered by the post-9/11 generation: dumb f*cking memes.

Welcome to the military. I will be your guide

Look, we all know life is tough for the junior ranks and life isn’t going to get any easier. Embrace your lot in life and just accept that this is who you are now, because every day will present new and exciting ways for the military fuck you over. You just have to accept that things are bad and getting worse and there’s no way of changing that.

Fake it ‘til you make it

But don’t let something as simple as not knowing what you’re doing get in the way of your confidence in how you’re doing it. Style over substance pays off in the military because if you look squared away, you are squared away — until that shit catches up with you, but that’s a problem future you can deal with.

Keep that shit to yourself, some of us are trying to sleep

There’s nothing worse for a command than a climate of motivation and fun, and they’re going to do whatever they can to stamp that shit out hard before it spreads to the rest of the unit. So when they kick your teeth in for being on top of your game and excited for the challenges the military offers you to grow, don’t say you weren’t warned.

At some point, the bitterness will take hold and you’ll find your lungs groaning before you even move to execute an order given to you. Even the simple act of getting into formation will force exasperated sighs from your taxed body and the strain of eye rolls behind that newly promoted sergeant’s back will fade over time. You’ll get it done, but they’re going to have to listen to all of the reasons it’s a waste of your time and talents that could be put to better use finger fucking an Xbox controller back in the barracks.

The spirit is willing but the flesh is spongy and bruised

A little liver Olympics with a side of self-loathing helps smooth out the worst of it, and sometimes you’ll run across friends that won’t want to take part as much as you. In time, they too will see the folly in giving a shit about things like PT tests and ‘being sober’. Until then, you’re well within your right to ridicule them until they are wading deep into the dependa watering holes you typically find yourself in on a Tuesday night.

But hey, it’s not all bad. You get free meals at the chow hall and your preowned ‘94 Mustang purrs like an asthmatic elephant. So, at least you got that going for you.