"These allegations included the use of derogatory comments to subordinates in the commander’s formation." 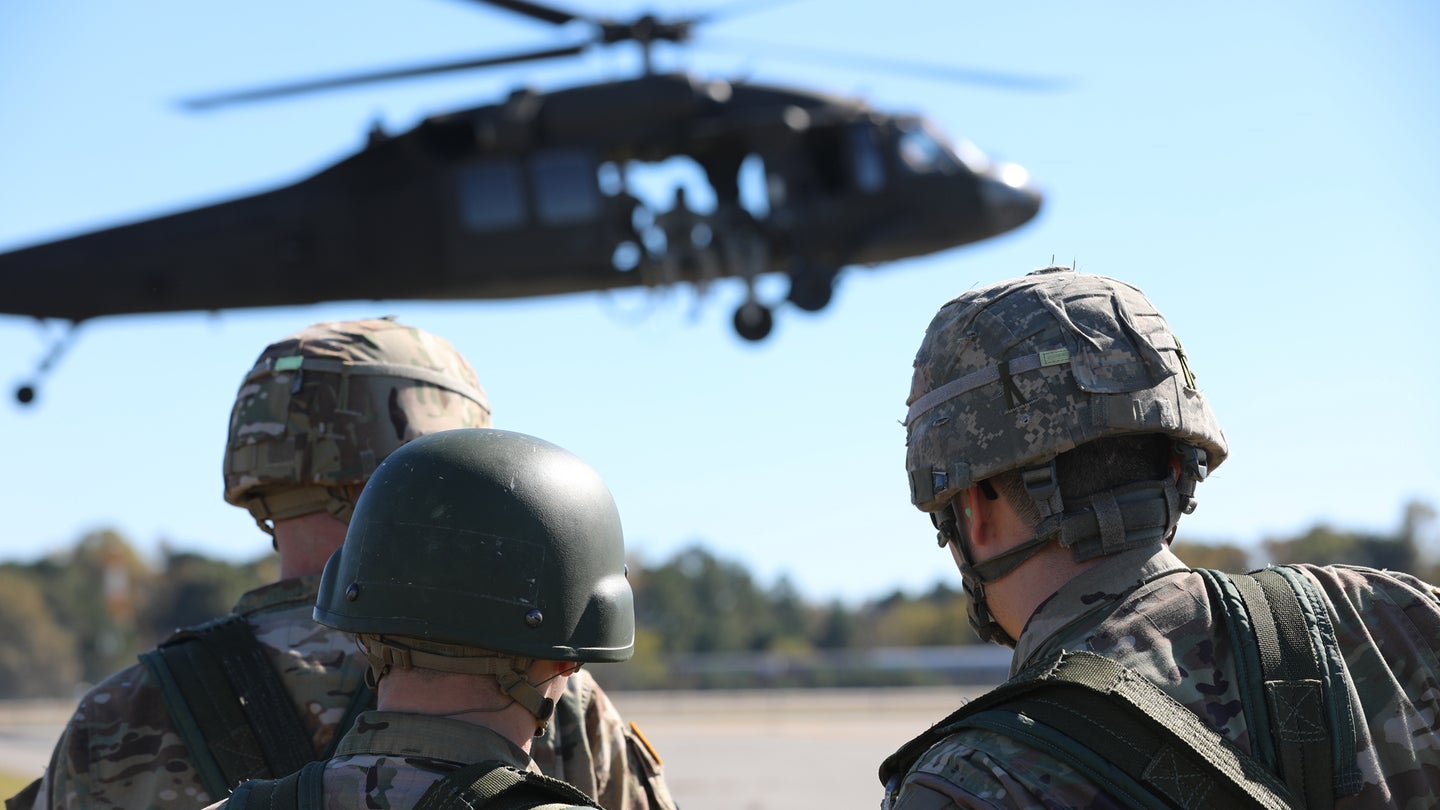 A group of U.S. Army Soldiers, assigned to the 5th Ranger Training Battalion, waits on the Landing Zone to conduct a Speical Patrol Insertion/Extraction (SPIES) attached to a UH-60 Black Hawk Helicopter.
SHARE

Maj. Gen. Patrick Donahoe, commander of the Maneuver Center of Excellence (MCoE) and Fort Benning, said in a statement that he relieved the battalion commander on Nov. 20 “due to his inability to uphold professional standards of conduct.”

Ben Garrett, spokesman for the MCoE, confirmed to Task & Purpose that the commander was from the 5th Ranger Training Battalion, which according to the unit’s website “conducts the Mountain Phase of Ranger School.”

“The allegations were reported to the MCoE command and thoroughly investigated, substantiating the allegations of unprofessional behavior,” Donahoe said. “These allegations included the use of derogatory comments to subordinates in the commander’s formation.”

While Army officials declined to name the commander in question, the commander featured on the unit’s website was recently changed from Lt. Col. Scott Basso to Lt. Col. Derek Johnson, according to the Wayback Machine.

“The Army, Training and Doctrine Command, Maneuver Center of Excellence and Fort Benning command teams take action on all allegations of misconduct; to hold people accountable, maintain trust throughout the chain of command and ensure all are treated with dignity and respect,” Garrett said.

“In this case, the commander of the 5th Ranger Training Battalion was suspended from his leadership position, Oct. 30, 2020, pending the completion of an investigation.”

News of the relief came on the heels of an Army battalion commander and command sergeant major’s suspension in Korea pending the outcome of an investigation into allegations of “racism, bigotry, and discrimination.”

In an interview with Task & Purpose last week, Army Undersecretary James McPherson and Sergeant Major of the Army Michael Grinston emphasized the importance of ridding the Army of leaders that allow problems “to fester,” no matter what technical skill they may bring to their units.

“As a leader, You have to be willing to look at your top performer — your number one NCO, your number one captain — look them in the eye and say, ‘We appreciate very much what you’ve been doing for us. You’ve been a terrific performer. But you’re a sexual harasser. We no longer have a place for you in this unit. You’re fired,'” McPherson said.

If you have additional information on this relief, please reach out to haley@taskandpurpose.com or haleybritzky@protonmail.com