The CO, XO, and the battalion's command master chief were relieved “due to loss of confidence in their abilities to effectively perform their leadership roles.” 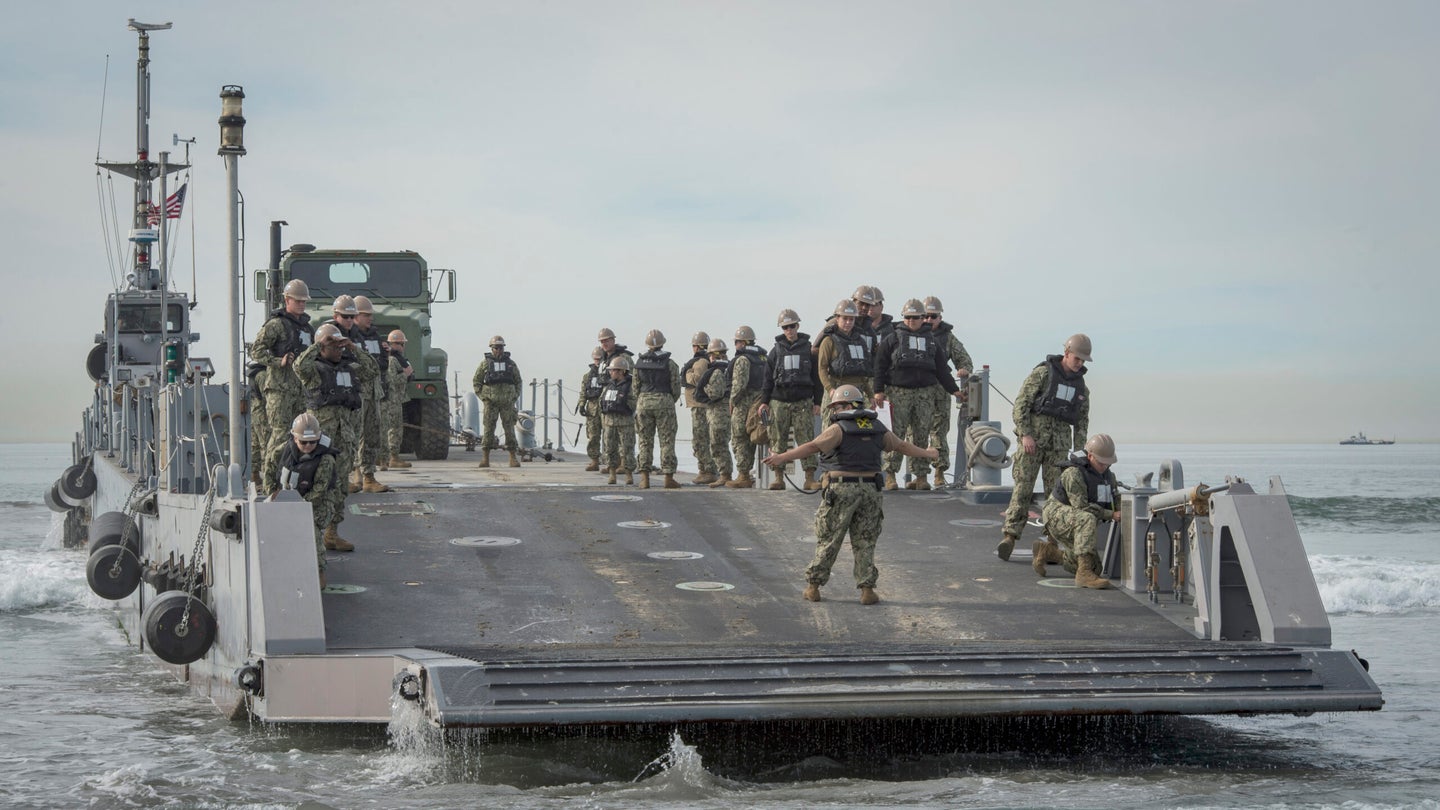 The entire command team of one of the Navy’s Amphibious Construction Battalions has been relieved in one fell swoop.

According to a statement from the Navy, Capt. Jeffrey Lengkeek, Cmdr. Michael Jarosz and Command Master Chief Matthew Turner of Amphibious Construction Battalion 2 were relieved on Feb. 3 by the commander of Expeditionary Strike Group 2 “due to loss of confidence in their abilities to effectively perform their leadership roles.”

Lengkeek, the commanding officer, and Jarosz, the executive officer, had both served in their respective positions since July 2020. Turner had served as the battalion’s command master chief since July 2019.

A public affairs officer for Amphibious Construction Battalion 2, Lt. Cmdr. Paul Newell, said Monday that the relief was the result of a “formal command investigation.” All three have been temporarily assigned to the headquarters of Navy Region Mid-Atlantic at Naval Station Norfolk in Norfolk, Virginia.

Amphibious Construction Battalion 2 is one of two such “Seabee” battalions in the Navy and is based at Joint Expeditionary Base Little Creek, in Virginia Beach, Virginia.

Seabees are organized into battalions and essentially function as the Navy’s combat engineers; assisting with ship-to-shore operations, reinforcing positions, and providing other logistical support involved in frontline and support operations, including handling bulk fuel and water needs, as well as salvage.

Since their initial formation in 1942, the “fighting Seabees” have seen service in WWII, Korea, Vietnam, the Persian Gulf, and Iraq and Afghanistan.

The relief comes on the heels of a series of high-profile firings in the Navy. Between Dec. 10 2021 and Jan. 6 of this year, five commanders have been relieved, including the executive officer of the destroyer USS Winston Churchill who was fired for refusing to get tested for the COVID-19 virus, and both the captain and executive officer of the littoral combat ship USS Montogomery who were relieved for allegedly mishandling a sexual harassment complaint.