"I just knew that they wouldn't have quit for me so I'm not going to quit." 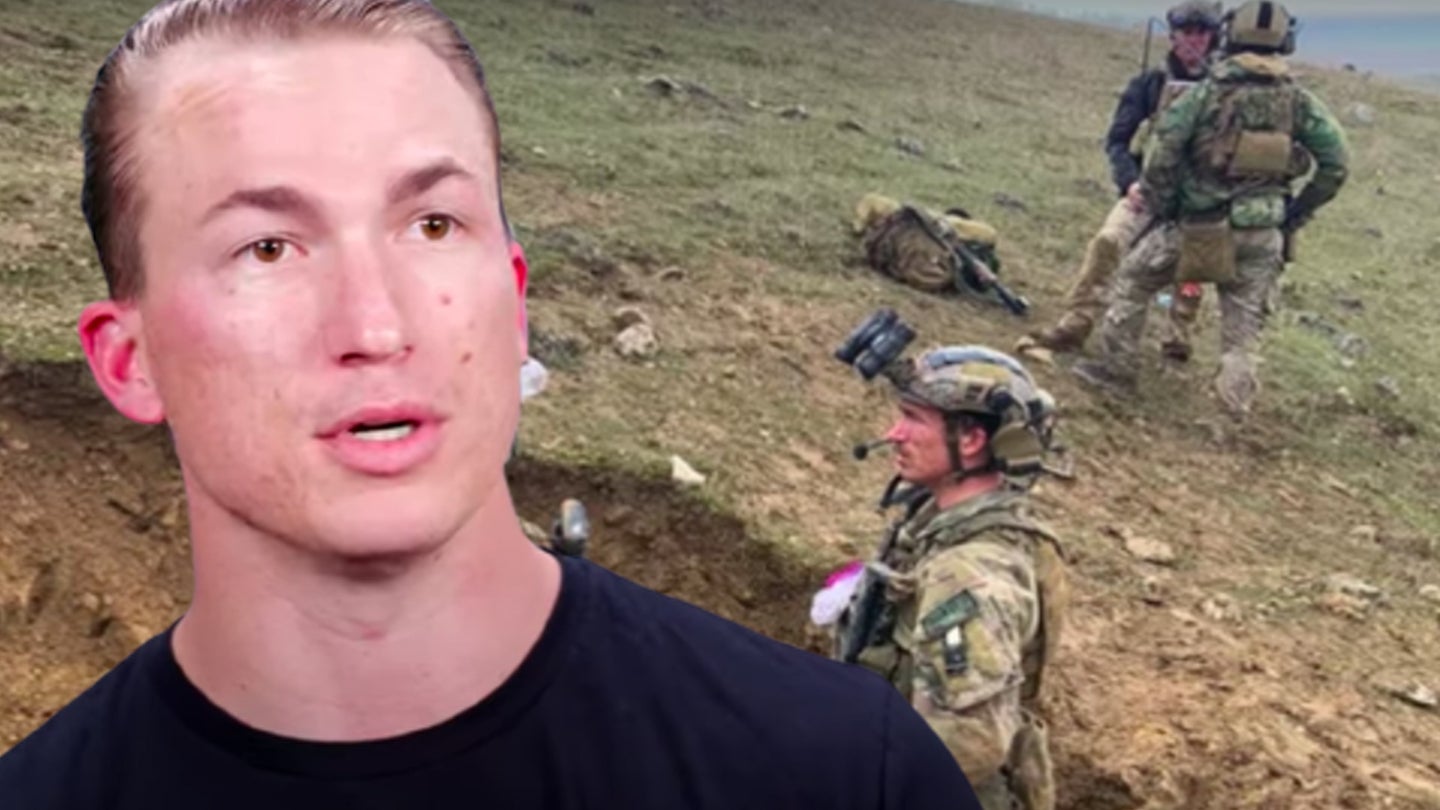 An elite Marine Raider will be awarded the Navy Cross later this month for repeatedly exposing himself to heavy enemy fire last year while trying to rescue several wounded teammates during a six-hour gun battle with Islamic State group militants in Iraq.

Staff Sgt. Nicholas J. Jones, 29, was one of more than a dozen special operations Marines with the 2nd Marine Raider Battalion who were accompanying Iraqi security forces attempting to “clear enemy cave bunkers” in the mountains of Northern Iraq on March 8, 2020, when his team leader, team chief, and a French special operator were wounded by an initial volley of heavy gunfire from “multiple barricaded” fighters, according to the citation for Jones’ Navy Cross award, which is second only to the Medal of Honor and recognizes “extraordinary heroism in combat.”

The valor award stems from an early morning operation to clear militants near the town of Makhmur in the country’s Kurdistan region. Just after 7 a.m. local time, warplanes pounded positions in an insurgent stronghold in the rugged Qarachogh mountains before commandoes rappelled from helicopters and quickly found themselves in a ”brutal gun battle” against an estimated 15 to 30 fighters in a “well-defended cave complex,” according to The New York Times and other media reports. The insurgent group put “considerable effort” into building “vast rural tunnel networks” in the mountains after the fall of its self-proclaimed caliphate in March 2019, according to the Combating Terrorism Center at West Point.

“We were tasked with doing a cave clearance in Northern Iraq,” Jones said in a video recalling the incident. “Hell just opens up behind me. Chaos. And then, the next second, there’s an eagle down,” meaning an American special operator was wounded.

“The Daesh fighters popped out of one entrance and killed the two Americans. They dragged their bodies into the cave complex,” an Iraqi officer told The Los Angeles Times, using a disparaging term for the Islamic State. “It was a big firefight, one of the most intense we’ve faced in this period.”

Jones quickly moved to aid the French operator soon after the gun battle started despite “sustained and intense close range enemy fire” from less than 100 feet away, according to the Raider’s award citation. Using his rifle and throwing grenades, Jones then helped the wounded French operator get behind cover and to medical evacuation. The operator ultimately survived.

The Olathe, Kansas native then turned his attention to the wounded leaders of Marine Special Operations Team (MSOT) 8232, Capt. Moises Navas, and Gunnery Sgt. Diego Pongo, both 34, and again exposed himself to heavy machine-gun fire while trying to reach them after they fell into a steep ravine, according to the award citation. Jones tossed grenades into the caves and fired his rifle in a “valiant” attempt to reach his teammates, though both died from their wounds.

“I just knew that they wouldn’t have quit for me so I’m not going to quit,” Jones said.

“Disregarding the rounds impacting all around him, he continued engaging the enemy with rifle fire and grenades until he was driven back by the heavy volume of enemy fire,” the citation says. “Several hours into the pitched battle, he mounted a third attack on the enemy but sustained a gunshot to the leg.” Jones recalled the enemy round that went into his right shin felt like “being smacked by a baseball bat.”

Jones, a tactical element leader in charge of several Marines, refused medical treatment and “continued fighting until forcibly evacuated” from the battlefield, the citation said. A helicopter hoisted him off the mountain.

Jones, who went through a “long and grueling recovery process” from his wound, was medically retired from the Corps in 2020, according to the website of a nonprofit he founded, the Talons Reach Foundation.

‘Both men epitomize what it means to be a Marine Raider’

The deaths of two Marine Raiders in the mountains of Iraq in March 2020 sent shockwaves through a close-knit Marine special operations community that was still grieving the loss of an enlisted Raider killed in August 2019.

“The loss of these two incredible individuals is being felt across our organization,” said Col. John Lynch, commanding officer of the Marine Raider Regiment. “But it cannot compare to the loss that their families and teammates are experiencing. Both men epitomize what it means to be a Marine Raider. They were intelligent, courageous, and loyal. They were dedicated leaders, true professionals in their craft, and willing to go above and beyond for the mission and their team.”

Lynch noted that both men were family men, with Navas leaving behind a wife, daughter, and three sons. Pongo left behind a little girl, he said. They “were incredibly humble and truly the quiet professionals that define our [special operators force] warriors.”

The small Marine detachment during the raid was under the command of Navas, a former enlisted Marine who was born in Panama and grew up in Maryland. After joining the Corps in 2004 as an administrative clerk who rose to the rank of sergeant, Navas was chosen for an enlisted to officer program and later commissioned as a second lieutenant in 2011. He served a stint as a platoon commander and executive officer in the 2nd Battalion, 3rd Marine Regiment in Hawaii before joining the Raiders in 2016, according to military records. Known to many as “Mo,” Navas received training as a martial arts instructor, combat diver, and sniper and went on several Raider deployments. He was posthumously promoted to major after being selected for advancement prior to his death.

He was a “phenomenal Marine officer and Raider” who “cherished his time watching his children play sports,” Lynch said.

Pongo, the enlisted team chief from Simi Valley, California, began his Marine career as an infantry rifleman in 2004 and served in the reserves with the 2nd Battalion, 23rd Marine Regiment before transferring into the full-time active duty ranks just two years later. He trained and deployed to Afghanistan as a sniper team leader with the 1st Battalion, 5th Marine Regiment in 2009 before getting through the grueling nine-month training course to become a Marine Raider in 2011. He deployed with the Raiders to Iraq and Afghanistan, the latter being where he earned the Bronze Star for combat valor in 2013, according to military records.

“The hearts of the entire Marine Raider community are with the Pongo and Navas families as we mourn this tremendous loss,” Lynch said. “In times like these, we come together and rely on each other, sharing our burdens and providing strength to those that need it. We will do everything we can to lift up and support our grieving families in order to honor the incredible lives and the ultimate sacrifices of Gunnery Sgt. Pongo and Capt. Navas.”