What if I told you that the Department of Defense and the CIA spent four decades researching extrasensory perception and... 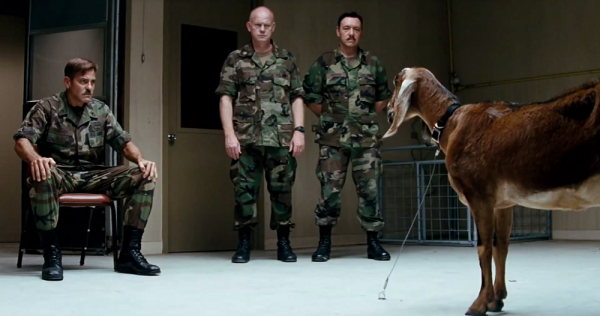 What if I told you that the Department of Defense and the CIA spent four decades researching extrasensory perception and psychokinesis — i.e., bending spoons with your mind?

From the 1950s to the 1990s, the military and intelligence communities investigated psychic phenomena, conducted clandestine missions that relied on subjects believed to have supernatural powers, and competed with the Soviet Union in a psychic arms race.

In “Phenomena: The Secret History of the U.S. Government’s Investigations Into Extrasensory Perception and Psychokinesis,” published in March, investigative journalist Annie Jacobsen explores the bizarre world of government-funded research into the paranormal.

“The responsibility of the Defense Department and CIA is to be aware of what the enemy is working on and to create programs to counter it,” Jacobsen says. “Is this the chicken and the egg scenario? Is this the military industrial complex?”

Task & Purpose spoke to Jacobsen to discuss how it all started, and how it was allowed to get as far as it did. Here are five crazy but true stories about the government's research into psychic phenomena.

1. It started with the Nazis, some of whom were obsessed with black magic.

In 1945, with the Nazi regime defeated, members of an elite U.S. scientific intelligence initiative called Operation Alsos made their way to Berlin to scoop up as much intel as possible on German military projects. In the bombed-out remnants of a villa in an affluent neighborhood in southwestern Berlin, they uncovered a cache of documents and artifacts that were part of the Ahnenerbe, Heinrich Himmler’s science organization, which was well-funded and vast. It even had an entire branch devoted to the “Survey of the So-called Occult Sciences,” Jacobsen writes in “Phenomena.”

The high-ranking Nazi leader was obsessed with the occult. On Himmler’s orders, SS officers raided Germany’s occupied territories for artifacts related to magic, even ransacking museums in Poland, Ukraine, and the Crimea for mystical texts. Nazi scientists at Ahnenerbe scoured the globe for items like the Holy Grail and the Lance of Destiny, the spear thought to have killed Christ.

“In that organization there was… ESP, psychokinesis, map-dowsing, an element of what you could say was the supernatural, or the paranormal,” Jacobsen says. In the villa’s basement, the researchers found “remnants of teutonic symbols and rites,” as well as a baby’s skull in “a corner pit of ashes,” according to “Phenomena.”

“We later learned that the Soviets had captured an equal probe of information on this same subject and when we learned that they were working in this area, you could say that this is the origin story of the psychic arms race,” Jacobsen says.

2. The Cold War arms race spilled over into psychic research.

The United States’ foray into the psychic research took off in the 1950s when it set about countering Soviet mind control — thought to be a legitimate concern at the time — and it was based, at least partially, off of Nazi research uncovered at Ahnenerbe. Both the U.S. and the Soviet Union relied on the caches of Nazi research they recovered, some of which detailed experiments conducted at concentration camps, where Nazi scientists pushed “human physiology to extremes” and monitored the results, Jacobsen writes in “Phenomena.”

“Now the CIA and the KGB would conduct similar experiments, each side arguing that the other side’s program required countermeasures to defend against them,” Jacobsen writes.

This fear of Soviet mind control was reinforced by videos of American prisoners of war reciting communist propaganda, Jacobsen says.

Decorated World War II hero Ninel “Nina” Kulagina was the Soviet Union’s most famous psychic, rumored to have the ability to stop an animal’s beating heart using psychokinesis — the supposed ability to perturb matter with the mind.

“We look back and say now, ‘That’s ridiculous, you can’t brainwash someone,’ but it certainly looked that way when you watched those old black-and-white images of those POWs,” Jacobsen explains, adding that the government’s exploration into psychic phenomena began as part of MK Ultra Program. The CIA-backed mind control program, MK Ultra, officially started in 1953, ran well into the 1960’s, and involved dosing American citizens with biological and chemical agents, like LSD, or acid, often without the individual’s knowledge.

“While they were looking into mind research and how to input behavior, the MK Ultra subproject 58 became significant, which is the program to use drugs, which they call psychopharmacology, to enhance psychic functioning in psychic people,” she says. “It’s a real jumping off point for understanding how and why this race against the Soviets began and why it’s legitimate in many ways.”

Both the Soviet Union and the U.S. government pointed to the others’ research into mind control, counter mind control, and psychic phenomena in general, as justification for their research. There were stories of Americans putting telepaths on nuclear submarines, of Soviet mind control rays, and a Russian psychic so powerful she could stop the heart of a frog with only her mind. With each new rumor, some based on actual experiments, others little more than disinformation campaigns, the psychic arms race picked up speed.

3. That time a secretary with psychic powers found a downed Soviet bomber.

The government’s research into psychic phenomena often jumped back and forth between the DoD or the CIA, with a program being shut down after inconclusive results, only to open up under a new name. In the 1970’s, the “remote viewing program” was owned the Defense Department. Remote viewing is essentially the idea that someone can visualize details of distant people and objects through telekinesis.

A small operation was run out of Wright Patterson Air Force Base in Ohio, its chief employed a secretary, Rosemary Smith, who believed she had psychic powers.

“It was a very small-budgeted program, because most people thought it was bananas,” Jacobsen says. That changed in times of emergency, like in 1976, when the remote viewing team was given a whopper of a mission.

“A Soviet bomber had gone down in the jungles of Africa, and the CIA and military intelligence had used every intelligence collection means available to them, from satellite technology, to sig-int, to human intelligence, and they had absolutely nothing,” Jacobsen says.

With nothing to lose, the military contacted the remote viewing operation at Patterson — and they “put the secretary, Rosemary Smith, on the job, and she was able to draw maps that pinpointed where this aircraft was, within a few miles,” Jacobsen says. “The cable was sent to the CIA, and they sent a paramilitary team out to the jungle, and near the area where Rosemary Smith said it would be, they saw a villager carrying a piece of aircraft out of the jungle, and that led them to the ”

It was an earth-shattering event, Jacobsen says: “A psychic was able to produce actionable intelligence that no one else could.”

4. Then there were the men who stared at goats, among other things.

One Army unit detailed in Jacobsen’s book, known as Detachment G, was established by top-ranking officers who were leery about the idea of bringing on “psychics” for research, so they stocked the program from within the Army’s ranks. One of the unit’s taskings was remote viewing, and in September 1979, the National Security Council called on Detachment G to use their remote viewing powers to investigate a Soviet naval base.

While concentrating on a photo in a closed envelope, one of the unit’s members described seeing a building on a shoreline, which smelled of gas and industrial products. Inside the building was a large coffin-like object — a weapon — with fins, like a shark.

A few months later the CIA received satellite imagery showing that the Soviets had constructed a new ballistic missile submarine. Later made famous by its NATO designation — the Typhoon class — the hulking nuclear sub was known in the USSR as the Akula. Russian for “shark.”

If this sounds like the basis of “The Men Who Stare At Goats,” that’s because it is.

5. And guess what? We still haven’t given up on this research.

“Presently, the Office of Naval Research calls this program Anomalous Mental Cognition,” Jacobsen says, referring to a $3.9 million program founded by the ONR in 2014 to investigate the existence of precognition — which they refer to as “a spidey sense.” Yes, like in the comics.

In 2006, Army Staff Sgt. Martin Richburg sensed something odd about a man at a cafe in Iraq. After clearing out the patrons, he discovered an improvised explosive device that the man had left behind. Whether it was instinct, or something more, researchers are understandably curious to see if there’s a way to trigger that kind of insight.

Because of the stigma surrounding ESP and, really, anything having to do with the supernatural, the nomenclature has changed. But Jacobsen argues that the research continues, and the underlying goal remains the same.

“In essence you have this idea, which really became the core and theme of ‘Phenomena’ which is: Is it fact, or is it fantasy?” Jacobsen says. “Or, will advanced technology, this remarkable system of systems of technology the government has developed — which includes computer technology, biotechnology, and nanotechnology — will this rubric of advanced technology allow us to solve this age old mystery: Whether or not extrasensory perception exists biologically?”