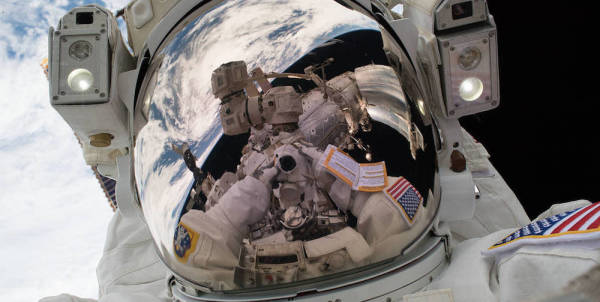 Speaking to service members at Marine Corps Air Station Miramar in California on Tuesday, the commander-in-chief appeared to propose the creation of an independent branch of the U.S. armed forces, on par with the Army and Navy.

“Space is a war-fighting domain just like the land, air, and sea,” Trump said. “We should have a new force called the Space Force. It’s like the Army and the Navy, but for space, because we’re spending a lot of money on space.”

Pres. Trump says U.S. may soon have a “space force,” adding that he had not been serious when he first pitched the idea. “We have the Air Force, we'll have the space force.” https://t.co/7t9dGZXwSHpic.twitter.com/ZoIoFhNU6p

Despite his demonstrated interest in space, Trump may run into opposition where he least expects it: his own administration. During budget negotiations last year, both White House officials and Secretary of Defense James Mattis slammed a congressional proposal that would establish an independent “Space Corps.”

“At a time when we are trying to integrate the Department's joint warfighting functions, I do not wish to add a separate service that would likely present a narrower and even parochial approach to space operations,” Mattis wrote to Rep. Mike Turner, Republican from Ohio and the main congressional mover behind the Space Corps proposal.

While lawmakers ultimately rejected the proposed branch in November, congressional advocates argued that the Pentagon must start planning for the next frontier in warfare sooner rather than later.

“The Air Force will no longer be able to treat space as a third-order priority after fighter jets and bombers,” Rep. Mike Rogers, Republican from Michigan and Strategic Forces Subcommittee chairman, said in a statement at the time. “We have consolidated leadership and coordination between operations, acquisition and training, and eliminated the decentralized and ineffective structure that for too long hampered our space capabilities and readiness.”

So what changed? Well, perhaps now's as good a time as ever to prep for the next forever war:

This is a developing news story and will be updated with new information as it becomes available.