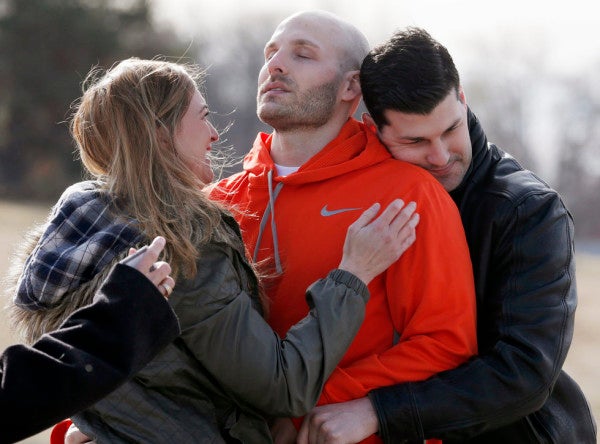 Behenna, a platoon leader in the 101st Airborne Division, was convicted of unpremeditated murder and sentenced to 25 years after killing Ali Mansur Mohamed, a suspected al-Qaeda member.

Behenna, who stripped Mansur naked for questioning and then shot him twice, claimed he was acting in self-defense.

His sentence was subsequently reduced to 15 years and he was paroled in 2014, five years into his term.

“Behenna’s case has attracted broad support from the military, Oklahoma elected officials, and the public,” the White House said in a statement.

Mansur was captured by Behenna’s soldiers and questioned by military intelligence in connection with a roadside bomb that killed two members of the platoon on April 21, 2008.

Mansur was ordered released due to insufficient evidence to hold him and Behenna was tasked with returning him to his village. During the operation, Behenna stopped the convoy and questioned Mansur on the attack.

Behenna said Mansur lunged for his weapon and he shot him in self defense, according to testimony from his 2009 trial.

The White House said Behenna was a “model prisoner” and “entirely deserving” of the Grant of Executive Clemency.

SEE ALSO: Pics Or It Didn’t Happen: Warfighting In The Age Of Videotaped Atrocities