A credible threat of a mass shooting at an unspecified movie theater is being flagged to Army installation leaders. 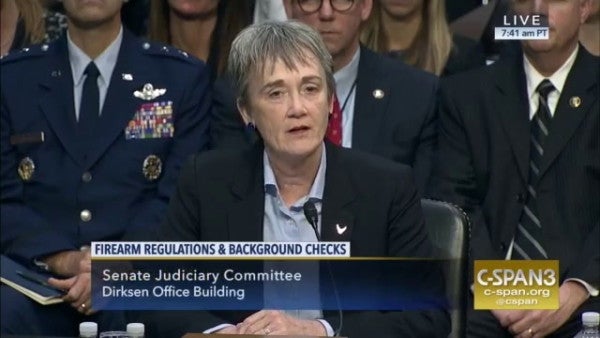 Soldiers and families at Fort Sill and installations around the country are being made aware of a credible mass shooting threat targeting “an unknown movie theater” on October 4, an Army official told Task & Purpose on Thursday.

A memo from Fort Sill posted on Facebook says that there has been “disturbing and very specific chatter in the dark web” regarding targeting a theater during the release of the new Joker film next week. The chatter is not specifically targeting Fort Sill — officials at the installation released the memo “out of an abundance of caution,” according to Army Criminal Investigation Command spokesman Chris Grey.

Grey told Task & Purpose that the Fort Sill CID office “put out a warning … to let leadership there and a select audience know at Fort Sill that this was a potential threat, so they could take care of their soldiers.”

While the memo says that CID was tipped off by the Travis County, Texas, sheriff's office, Grey said that the information came from the Texas Department of Public Safety's Joint Crime Information Center.

Other installations around the country may follow suit in releasing a warning, just in case. Texas DPS did not respond to a request for comment from Task & Purpose.

“Commanders need to be aware of this threat for soldier and family safety and to increase situational awareness should they choose to attend the release of this movie at a local theater,” the memo, signed by Army Criminal Investigation Command intelligence analyst, Stephen Gontz, and Special Agent in Charge CW4 Ryan Bostain.