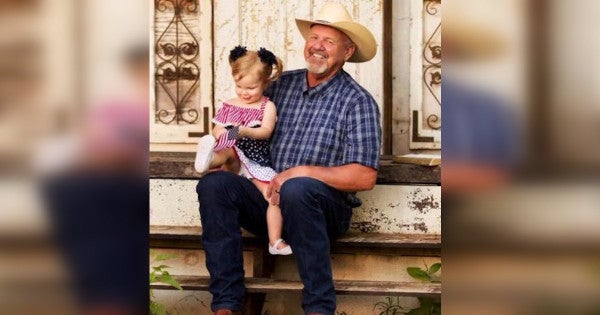 A 69-year-old Army veteran and Purple Heart recipient died last Monday after saving his 3-year-old granddaughter when his home exploded two weeks ago.

Don Osteen's son Brendon told CNN that his father was lighting a candle next to the stove on September 19 at his home in Maud, Oklahoma, when a propane gas tank attached to the house exploded.

Osteen had been wounded in a grenade explosion during the Vietnam War, CNN reports. According to a GoFundMe for the family, he covered his granddaughter Paetyn with his body to shield her from the explosion.

“Papa rushed to cover Pae with his body to save her from the collapsing house and flames,” a GoFundMe for the family reads. “Even with over 78% of Papa's body covered with 3rd degree burns with flesh hanging off his body, a punctured lung and most ribs broken, he carried Pae down the road over a quarter of a mile to find help.”

Paetyn had burns over 30% of her body, CNN reports. But on Monday, Brendon posted on Facebook that she “is healing up wonderfully,” and is “ready to be home.”

Osteen passed away due to a heart attack during surgery, per CNN. Brendon told Oklahoma news station KFOR that his father “was all about that baby and she was all about him.”

“He loved my daughter beyond unconditionally,” Brendon said on September 23, after his father's passing. “And he gave it all for her to live.”