Grand Forks Air Force Base has requested the public avoid the scene of the crash. 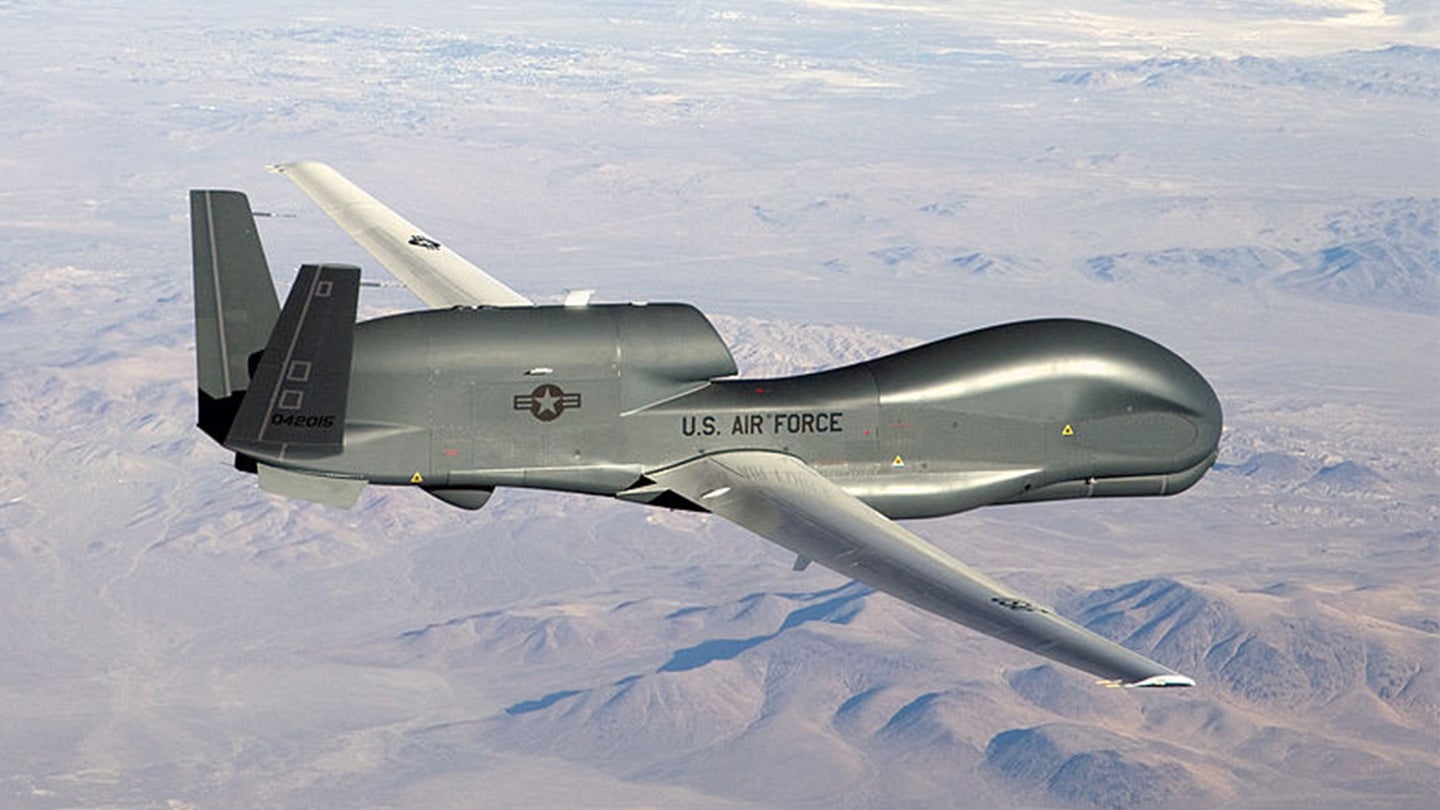 An Air Force drone that costs more than one of the most expensive fighter jets in history just crashed in a rural field north of Grand Forks Air Force Base, North Dakota on Friday.

The RQ-4 Global Hawk is a $222 million spy drone that weighs 14,950 pounds, has a 130.9 foot wingspan, and can survey an area the size of South Korea or Iceland in one day. Friday’s crash is only the fifth non-combat loss in the aircraft’s 23-year flying history. It costs $144 million more than the F-35 Lightning II fighter, which now goes for around $78 million.

The base wrote that a fire was extinguished, though it was unclear whether the fire started as a result of the crash or if there had already been a fire on board the aircraft when it crashed. Grand Forks Air Force Base officials could not immediately answer questions about the crash, saying that the incident is under investigation.

The base requested that the public avoid the scene of the crash.

The unarmed Global Hawk boasts an array of high-tech sensors that collect intelligence for commanders back home. Specifically, the drone that crashed on Friday was a Block 40 model, a more recent variant equipped with a multiplatform radar technology insertion program. In plain English, that’s an air-to-ground radar that creates a two or three-dimensional reconstruction of the landscape of the observed area, which gives observers a helpful look at what’s going on there.

The Global Hawk is also designed to fly for a long time. In 2014, one such drone set the record for the longest unrefueled flight by an Air Force aircraft after flying for 34.3 hours.

Despite the loss, the crash on Friday would have been a favor for some Air Force planners who wanted to start retiring some of the older models of the Global Hawk. The only problem is that the drone which crashed was the newer Block 40 model, and planners wanted to push out the older Block 20 and Block 30 models, according to Defense News.

Congress pushed back on that idea, citing the Global Hawk’s decades of service for combatant commanders.

“Until the Air Force provides a comprehensive [intelligence surveillance reconnaissance] modernization plan, addressed elsewhere in this bill, [Congress] will continue to be concerned about the sequence of retiring operational aircraft without a suitable replacement capability in place and available,” members of the House and Senate Armed Service committees said, according to Defense News.

One thing’s for certain: the large, costly Global Hawk represents a form of airpower that served the U.S. well in the uncontested airspaces of the Global War on Terror, but which might not survive the anti-aircraft missiles of a more symmetrical fight. That was demonstrated in 2019 when Iran shot down a Navy Global Hawk as it flew over international waters about 21 miles off the Iranian coast.

Still, one expert said the U.S. military would have done more to protect the drone had officials expected an attack.

“If we were to employ that in combat … there would have been a whole other range of things that we would have done to defend that aircraft,” retired Air Force Maj. Gen. James Poss told Task & Purpose in 2019. “Shooting down a surveillance aircraft in peacetime in international waters is not a statement about the sophistication of your air defenses – it’s a statement about your judgment, or lack thereof.”