Special Forces soldiers who raided a North Vietnamese prison camp 46 years ago gathered Friday for what may be their... 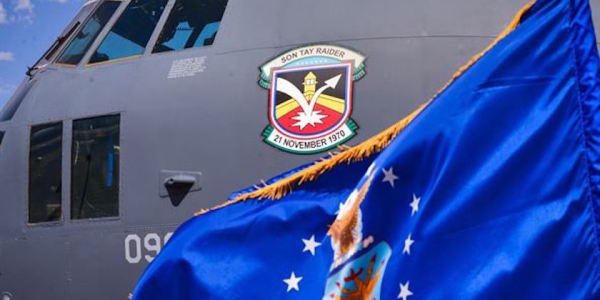 Special Forces soldiers who raided a North Vietnamese prison camp 46 years ago gathered Friday for what may be their final reunion.

Joe Murray, a retired master sergeant who organized the reunion, was one of the 56 Special Forces soldiers who was part of the historic, if disappointing, raid on the Son Tay POW camp in November 1970. The reunion is a way to renew old friendships, he said.

“When you join Special Forces, you join a family,” he said. “There's not an organization like it. You got a family of your own, but you adopt the soldiers under you.”

The raid was celebrated as a tactical success despite the failure to rescue American captives.

The mission, which began in the waning hours of Nov. 20, 1970, involved three teams of commandos assaulting the Son Tay prison, a short distance from the North Vietnamese capital of Hanoi.

More than 100 American military aircraft, including Air Force and Navy planes, flew in support of the operation, conducting bombing raids across North Vietnam at the same time as the attempted rescue mission.

The raid itself began with the controlled crash of an HH-3E Jolly Green Giant helicopter into the prison compound early on Nov. 21, 1970.

The raiders successfully overtook the prison but did not find American prisoners. Officials would later say that it appeared the 40 to 60 Americans held on the site had been moved shortly before the raid.

Related: These Vietnam Marines Reunited After 50 Years To Recreate Image Of Brotherhood »

The mission was considered extremely dangerous because of its location deep behind enemy lines and the proximity of roughly 5,000 enemy soldiers within five miles of the prison. But the raiders suffered only minor injuries.

Despite coming home empty-handed, the men were praised at home, with several honored at the White House and others returning to a hero's welcome at Fort Bragg.

Nearly all of the soldiers involved in the Son Tay Raid were based at Fort Bragg.

Families of the soldiers thought they were on a training exercise, officials would tell the Observer in the days following the raid. But in fact, the men were rehearsing the raid at a replica of the prison.

Murray was a 26-year-old sergeant first class when he received the orders for the mission.

“That's what we trained for,” he said. “You have one time in your career you get a chance to do something that's really important.”

His responsibility was to secure the outside of the prison camp so troops would be able to make a smooth exit.

Murray said he remembered two guards had stealthily maneuvered behind him and shot him in the back of his right leg. He was in pain, but focused on completing the mission.

“I could feel the blood running down my leg and into my boot,” he said. “But we had a job to do.”

The raid showcased the profound abilities of the Special Forces soldiers, he said.

“I think we laid the groundwork for Joint Special Operations Command,” he said. “Our raid is the start of building Special Forces training today.”