Defense Secretary Ash Carter has called for the reduction of the Navy’s Littoral Combat Ship program in a memo dated... 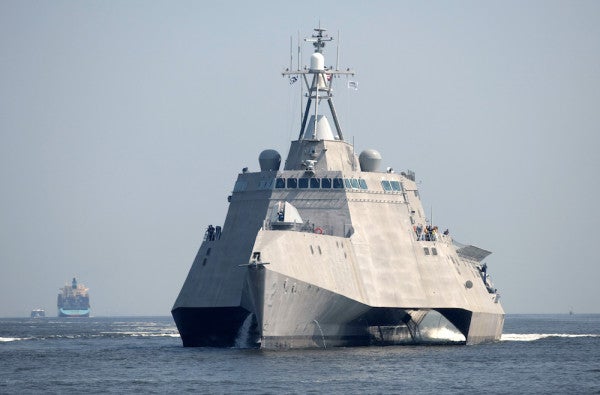 Defense Secretary Ash Carter has called for the reduction of the Navy’s Littoral Combat Ship program in a memo dated Dec. 14, The Daily Beast reported.

Originally, the Navy was set to acquire 52 of the swift, near-shore ships, but that number will now be reduced to 40.

Instead, Carter directed Navy Secretary Ray Mabus to take part of the roughly $5 billion that would have been spent on the combat ships, and redistribute it to fighter jets, missiles, and drones.

The Navy is not pleased with the decision. The addition of the Littoral Combat Ships was part of the service’s plan to bring up the number of warships from 282 to upward of 300 by 2019.

While some are unhappy with the ruling, others are glad to see the reduction of the program, which has been controversial since the concept was introduced in the 1990s.

Between initial cost troubles, technical shortcomings, and other failings, the Littoral Combat Ship is seen as unreliable.

Military.com reported that Carter’s memo said, “Earlier this year the Department of Defense gave guidance to correct and reverse this trend of prioritizing quantity over lethality; however, counter to that guidance, the Department of the Navy's latest program submission fails to do so.”

Six ships are currently in use, but have only just two deployments over seven years. Among other Navy warships of other classes, a fleet of six would be expected to complete at least 12 deployments over that many years.

As recently as Dec. 11, the newest ship — the USS Milwaukee — broke down between Lockheed Martin’s Wisconsin factory and Florida. A tugboat had to drag the ship for weeks of repairs at a base in Virginia.