The midterms are over, and a number of new members of Congress are post-9/11 veterans and reservists. Here is a... 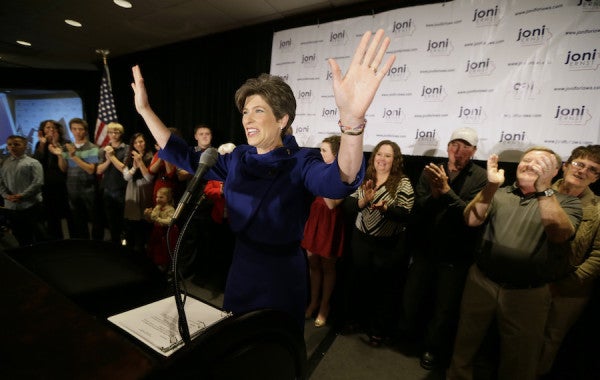 The midterms are over, and a number of new members of Congress are post-9/11 veterans and reservists. Here is a rundown on the eight veterans confirmed to be joining the House and Senate next year.

Sullivan is a former active-duty Marine Corps infantry officer, and is currently a lieutenant colonel in the Marine Corps reserves. Since leaving active duty in 1997, Sullivan has been recalled to active duty three times, including a short stint in Afghanistan in 2013. He has a bachelor’s degree in economics from Harvard University and earned a joint degree from Georgetown University.

As Alaska’s acting attorney general, Sullivan sued to stop Obamacare in 2010, and continues to call for its repeal. A lifelong Roman Catholic, Sullivan opposes abortion except when the life of the mother is at stake. He is against new gun ownership restrictions, and played a role in the key McDonald versus City of Chicago Supreme Court decision. As commissioner of the Alaska Department of Natural Resources, he pushed to open up state and federal lands for private use. He is opposed to amnesty for illegal immigrants and seeks stricter border enforcement.

Born and raised in Chicago, Gallego is the son of Colombian and Mexican immigrants. He graduated from Harvard University with a degree in international relations, then joined the Marine Corps. He served a tour in Iraq in 2005, where his company lost 23 men between February and September, including his best friend. He was elected to the Arizona House of Representatives in 2010, eventually rising to assistant minority leader.

Gallego is a liberal Democrat who supports climate change and environmental protection legislation, and has called for stricter gun control. He strongly favors legalizing gay marriage and is pro-choice. He is also an advocate for paycheck fairness legislation to address wage gaps between men and women. Gallego also helped secure in-state tuition rates for the Post-9/11 GI Bill at Arizona state schools. He has a history of pro-immigration activism.

Mark Takai has been in the Hawaii Army National Guard since 1999 as a preventative medical officer, and is currently a lieutenant colonel. He was the commander of a medical company in the 29th Brigade Support Battalion from 2006 until 2008, and was the base operations officer at Camp Patriot in Kuwait in 2009. He is currently the president of the Hawaii National Guard Organization.

Takai is a liberal Democrat who is pro-choice, a union advocate, and supports marriage equality. He calls for stricter gun control, and pushed legislation targeting sexual assault while in the Hawaii House. He is a strong advocate for energy efficiency and renewable energy programs.

Moulton joined the Marine Corps as an infantry officer after graduating from Harvard University with a degree in physics in 2001. From 2003 to 2008, he served four tours in Iraq, and led one of the first infantry platoons to enter Baghdad during the 2003 invasion, participating in the Battle of Nasiriyah. For three months, he and his interpreter broadcasted a local television called “Moulton and Mohammed,” which discussed local conditions on the ground.

Moulton won the Bronze Star during the 2004 Battle of Najaf against Muqtada al-Sadr’s militia. In 2008, he was requested by Gen. David Petraeus to work as a special liaison to Shia tribes in southern Iraq.

Moulton has described himself as a progressive Democrat. He opposed the Iraq War, and criticized the occupation extensively in the 2007 documentary “No End In Sight.” He supports marriage equality, is pro-choice, and wants stricter gun control. He favors investment in public transportation and scientific research, and is a proponent of campaign finance and criminal justice reform.

Tom Cotton grew up on a cattle farm in Dardanelle, Arkansas. He attended Harvard, where he was a columnist at the Harvard Crimson. After graduating with a law degree, he joined the Army as an infantry officer, and deployed to Iraq in 2006. Cotton gained public attention when he wrote an open letter to the New York Times criticizing the paper for revealing a secret Bush administration program tracking terrorism financing. In the letter, he argued the journalists involved should be jailed for espionage.

After Iraq, Cotton served in the Old Guard at Arlington National Cemetery conducting military funerals for veterans. He volunteered for Afghanistan in 2008 and was the operations officer for a provincial reconstruction team, where he received the Bronze Star.

Cotton ran for Congress in Arkansas’s 4th district in 2012 with heavy Tea Party and establishment backing, winning the seat. In the House, Cotton was a staunch conservative, calling for the repeal of Obamacare and voting in favor of a federal ban on abortions taking place after 20 weeks. He has voted against federal student loan legislation and the 2013 farm bill, and strongly opposes transfers of Guantanamo detainees. Cotton raised eyebrows in October 2014 when he claimed that ISIS is collaborating with Mexican drug cartels to infiltrate the U.S. border, though federal officials have repeatedly stated there is no active plot.

Ernst is a lieutenant colonel in the Iowa National Guard, commanding the 185th Combat Sustainment Support Battalion. She spent 14 months in Kuwait as a company commander running convoys into southern Iraq. Her husband Gail retired as a command sergeant major with the 75th Ranger Regiment. She is the first woman from Iowa elected to Congress as well as the first female veteran.

Ernst is a conservative Republican who has called for the elimination of the Internal Revenue Service, the Department of Education, and the Environmental Protection Agency. She is strongly pro-gun, and proposed in the state senate that Iowa should refuse to comply with any new federal firearms laws. She opposes gay marriage, though she has said it should be left to the states, and wants ObamaCare to be repealed. She has proposed fetal personhood bills in Iowa and supports a similar bill at the federal level.

Zinke joined the U.S. Navy SEALs in 1985 after graduating from the University of Oregon on an athletic scholarship. He served for 23 years before retiring as a commander, including multiple stints in Seal Team Six. He retired in 2008, and was elected to the Montana state senate that same year.

Zinke is CEO of business consulting firm Continental Divide International and security consulting firm On Point Montana. He launched the Special Operations for America super PAC in 2012 as an opposition vehicle against Obama, but stepped down in order to run for Congress.

Zinke is a fiscal hawk and strongly supports a balanced budget amendment. He wants to dramatically expand oil, gas, and coal exploration and extraction, along with expanding national energy infrastructure like the Keystone pipeline. He is strongly pro life, and wants state conceal-carry permits to apply nationally.

Zeldin is a major in the Army reserves. He received an Army ROTC commission in 2003 after graduating from Albany Law School, and served four years on active duty as an intelligence officer, federal prosecutor, and military magistrate. He was deployed in Iraq from 2006 to 2007 with the 82nd Airborne Division. He transferred to the reserves in 2007.

He started a law practice in Smithtown, New York, in 2008, and ran unsuccessfully for the 1st district that same year. In 2010, he was elected to the New York state senate’s 3rd district in Long Island. As state senator, he drafted a law banning protests of military funerals. He also secured funding for the Dwyer Program, which performs outreach work for veterans suffering from post-traumatic stress disorder and traumatic brain injuries.

Zeldin is a fiscal conservative who touted lowering taxes and deficit reduction during his tenure in the state senate. He opposed the implementation of Obamacare’s state exchanges in New York. He is pro life, and was against new gun restrictions in New York following the Newtown, Connecticut, shootings.

Decisions on the races of Martha McSally, a retired Air Force colonel, from Arizona and Cmdr. Jeff Gorell of California are still pending.

For a complete list of Operation Enduring Freedom and Iraq Freedom veterans who ran in the midterm elections, check out Military Times’ election guide.