A new report in the Washington Post today raises enormous new questions about a fallen Marine sergeant whose story has... 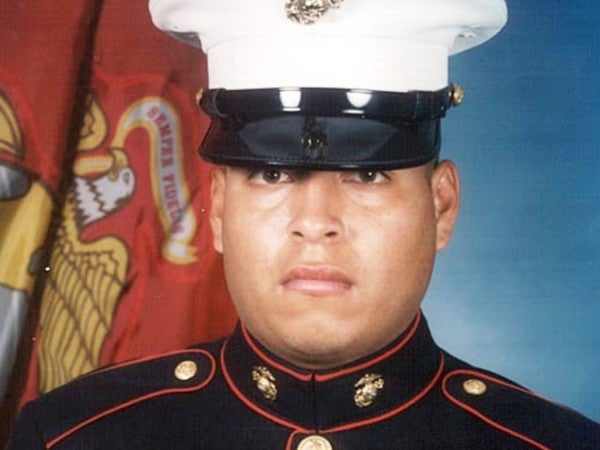 A new report in the Washington Post today raises enormous new questions about a fallen Marine sergeant whose story has for nearly a decade has been at the center of controversy.

Sgt. Rafael Peralta was killed in action in Iraq during the 2004 battle of Fallujah. Since that time, the public’s understanding of how he was killed was that he was shot while attempting to clear a house, and with his last act of breath, reached out and pulled in an enemy hand grenade that was about to explode near his men.

But the Pentagon and the White House resisted awarding him the Medal of Honor, the nation’s highest award for valor, saying that there was inconclusive evidence that he consciously pulled the grenade into his body, and that some of his wounds were from friendly fire.

Nonetheless, Peralta was awarded the Navy Cross, the second-highest award for gallantry in combat. He has a U.S. Navy destroyer and a building aboard Marine Corps Base Okinawa, Japan, named for him.

“Without hesitation and with complete disregard for his own personal safety, Sergeant Peralta reached out and pulled the grenade to his body, absorbing the brunt of the blast and shielding fellow Marines only feet away.”

But the Washington Post report quotes two Marine who were there on the day of that fateful battle, and they claim that story of circumstances of the death of the 25-year-old sergeant was manufactured by the Marines immediately after the battle.

The grenade detonated near Peralta, they say, not beneath him. Additionally, and damningly, one Marine also says that a young Marine told him immediately after the battle that he killed Peralta with “a three-burst round to the face.”

“He ran right in front of my line of fire,” the Marine reportedly said.

The Marines cited by the Post, Davi Allen and Reggie Brown, say that the story was concocted in the aftermath of the incident by the Marines in the unit, several of whom feared that they shot Peralta.

Much of the narrative of what happened to Peralta relied on a riveting first-hand account of the battle by a Marine combat correspondent, Cpl. Travis Kaemmerer.

“Tell your kids, your grandkids, what Sgt. Peralta did for you and the other Marines today,” his piece begins.