A Tribute To A Fallen Friend On World Suicide Prevention Day

I was lying in my bed passing a lazy Saturday morning, listening to the sounds of traffic and laughing families... 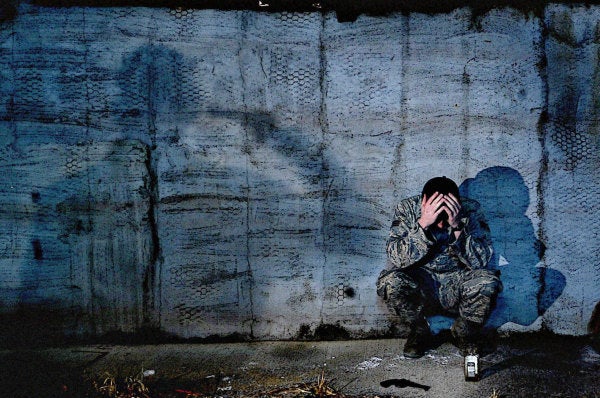 I was lying in my bed passing a lazy Saturday morning, listening to the sounds of traffic and laughing families outside my window, mindlessly clicking through Facebook. I opened an invitation to a memorial 5K run in honor of my late friend Dave.

Until that moment, I didn’t know he was dead.

I had last talked to him when I was on deployment, two weeks before his death. As we typed online, he seemed intent on keeping me in good spirits while I was away. Days later, all social media was taken down on my ship and would not be restored for the rest of deployment.

This is why, when he passed, and the word was passed on social media, I didn't find out. By the time I got back to the states, I had been gone for so long that everyone assumed that I knew.

When I knew him, Dave had already left the military and was pursuing graduate school. We’d met through mutual friends, and went on a single disastrous date. He showed up two hours late in an impressively rebuilt vintage car, we had no chemistry, and he kept trying to get me to stay out for beers on a work night. Even though our date was an epic failure, we remained good friends. It was the kind of friendship where we wouldn't talk for a while and then we’d spend hours on a quiet evening catching up like no time had passed. When I was on deployment, he would chat with me on Facebook when I was bored and lonely on watch. He had a juvenile sense of humor and always made me laugh.

A vibrant, caring person was no longer in the world. The sadness that I felt was not only for the loss of my friend, but because of how alone and afraid he must have felt. Over several years, he became more and more isolated, only sharing his internal struggle with very few. Despite the number of people who loved him and cared about his well-being, he had a burden he could not shake.

Above all, Dave felt that he could not ask for help.

Nothing is more terrifying on a health survey than the box that asks if you would like to seek professional help for your mental health — whether related to combat, sexual trauma, or operational stress.

In the military, we are trained from the very beginning to not show any signs of weakness — suck it up. Don’t complain, because you’ve actually got a pretty great deal. Someone else has it worse. You look at everyone around you, who ostensibly have had the same experience in the same pocket of time that you did and seem completely fine. You don’t feel that way, but they seem fine, so that must make you weak.

Recently, I sat in my office as fellow servicemembers sat around filling out their post-deployment health assessments. Numerous people poked fun about the questions about needing professional help for mental health. The mockery stemmed more the bravado ingrained in us all to show strength, to thrive in chaotic, unpleasant situations. It is easier than admitting that you are not the same person who left home six months ago, no matter where you deployed to, no matter how austere or supported.

However, you are not the same. But still, you balk at admitting, “I am not okay.” You think, why waste a professional’s valuable time when someone else needs it more? Suck it up.

Dave sucked it up, and Dave is gone; but we’re still here. And if anything, we should use his unwillingness to ask for help as a cautionary tale for the perils of mental health and the trap we fall into as service members afraid to ask for help.