UNSUNG HEROES: The Canadian Sergeant-At-Arms Who Stopped A Terrorist At The Parliament

Unsung heroes is a series where Task & Purpose editors recognize stories of extraordinary heroism from the post-9/11 military, but... 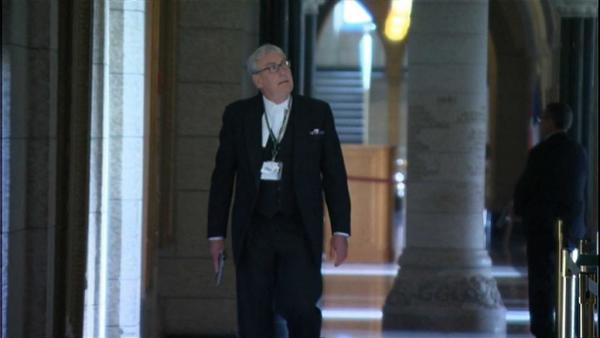 Unsung heroes is a series where Task & Purpose editors recognize stories of extraordinary heroism from the post-9/11 military, but in light of recent events in Canada, and the details emerging from Ottawa, we’ve decided to do something a bit differently this week.

On Oct. 22, a gunman shot and killed a Canadian soldier, Cpl. Nathan Cirillo, who was on guard at the national war memorial. He then quickly headed for parliament, undoubtedly set on more bloodshed.

He didn’t get far. The gunman, Michael Zehaf-Bibeau, was shot dead by the sergeant-at-arms for the Canadian parliament, Kevin Vickers.

The sergeant-at-arms for the parliament is a largely ceremonial role. Vickers leads the daily parade into the House of Commons chamber, dressed in ceremonial garb and carrying a gilded mace.

But once the shots rang out, Vickers went to his office to retrieve his pistol, then found and confronted the gunman, killing him.

A Canadian Broadcast Corporation video below shows Vickers moments after that shooting, dressed in his uniform, calmly holding the pistol at his side as he searches for more threats.

There’s nothing ceremonial about Vickers’ background. He spent nearly three decades in the Royal Canadian Mounted Police prior to this appointment. He has worked toward stopping sex trafficking and has even guarded the Queen of England.

And now Vickers is a national hero. Check out what happened this morning when he led the daily parade into the House of Commons chamber. The entire parliament erupted in applause. The 58-year-old, 6-foot-4-inch grandfather nods to the crowd and shows emotion in the face of recognition. Have a look: