Innovation In The Army, Part III: How to Position Yourself as an Innovator 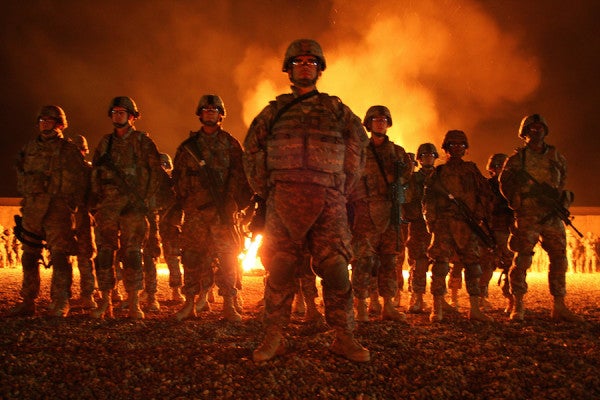 Editor’s Note: This three-part series addresses some of the parallels and contrasts between the U.S. Army and the civilian world in innovation, with the intent of demonstrating that within both arenas innovation plays a key role in responding to and disrupting emerging threat and challenges. Part III will explore how veterans can position themselves as innovators and leaders of innovation culture.

In his book on how American troops fought World War II, “Closing With the Enemy,” Michael D. Doubler writes in his concluding chapter, “The greatest single trait of Americans in any future conflict may once again be their ability to adapt and innovate on the battlefield.”

The conflicts in Iraq and Afghanistan have called on soldiers to develop those abilities — whether through building their own Humvee Egress Assistance Trainer, or HEAT, in Iraq in 2006, or taking a device meant to protect one type of vehicle and figuring out how to use it effectively on another — and contributed the advances in military doctrine and processes.

The challenge for transitioning service members face is to highlight these abilities to civilian organizations that are looking for innovators and innovations leaders. The time to begin preparing for this is prior to the transition, when service members develop the recognition for their innovative contributions, whether through formal evaluations or personal contacts.

Additionally,service members must bridge the gap between the institutional factors of innovative development and the manifestation of their individual contributions to their units. Even a soldier who is naturally talented at coming up with solutions sans playbook may not be able to push those solutions through the levels of bureaucracy to an institution such as the Center for Army Lessons Learned, or liaise with the Rapid Equipping Force.

One way veterans can position themselves as viable candidates for a civilian market craving candidates who “get” innovation, is as leaders of innovation culture, empowering subordinates and developing a culture within their sections or units that seeks out and rewards innovators. Again, this preparation must begin prior to transition, and would ideally be an integral part of their leadership philosophy.

“Innovation happens in a lot of places that people never acknowledge,” explains Peter Newell, managing partner at BMNT Partners. Leaders need to find and empower that one sergeant in the platoon or specialist in the company who can build a solution with a pen knife and some duct tape, and put him or her in a position within a system that can incubate those ideas.

“You know where you'll find a 3D printer on post?” Newell asks. (I did not.) “You'll find it in a soldier's barracks room.”

Newell points out that many recruits are entering the service coming from robotics competitions and Maker fairs. “They enter the military and they're told, 'Don't touch that.'”

As leaders, service members on active duty can empower a culture of innovation simply by telling their soldiers to go ahead and get their hands dirty, figuring out what works and what can be improved, and then passing that information on through the channels in place.

Another way service members can position themselves as innovators prior to transition is through academic education, pursued while on active duty. However, this can be difficult given the current, typical offerings marketed to the military.

“You won't find a degree program for that MacGuyver-like mentality,” says Newell, who notes that colleges on post are more likely to offer a typical slate of liberal arts programs than degrees that teach advanced design and manufacturing.

Crystal Lee, an analyst at BMNT and a Stanford University student, agrees that the current educational offerings are inadequate in developing military candidates for the transition to the advanced manufacturing workplace.

“My basic argument is that there's no good educational system in place,” says Lee, who adds that if service members wait to start their education after they transition, it's already too late.

To contribute to an innovative, problem-solving, and rapidly advancing workplace, jobseekers need to know more than just how to operate a 3D printer — they need to understand how design, prototyping, and training fit into the arena of advanced manufacturing. As Lee says, “It's now impossible to separate manufacturing from research and development.”

One solution for a military that seeks to prepare its members for transition to a highly-demanding, innovative marketplace, is to provide service members with on-post education and certification in design and prototyping, much like other colleges offer classes in criminal justice and aeronautics. In this situation, Lee advises, manufacturing industries can contribute to the development of the curriculum.

“It's so new they haven't figure out clear divisions of labor,” says Lee.

The ability to forge ahead in uncertain circumstances may be able to be taught in a college course, but it is also a skill that most veterans have developed throughout the course of their service. Whether that skill is reinforced by education, or exists on a civilian resume translated from military evaluations, it is something that will position a veteran as a valuable asset to corporations looking to develop, reinforce, or continue a tradition of adaptation and innovation.

Innovation cannot be created retroactively, and soldiers should not wait around for their organizations to become innovative if that is not currently a commander's priority. If a soldier's post-military goals include working for a competitive corporation, the pre-transition time frame is when he or she must begin developing those skills, or if the opportunity presents itself, taking advantage of an education that fosters creativity and adaptation.

At the same time, an innovative leader will create a culture that incubates adaptive problem finding and fosters creative problem solving, whether that culture exists at the platoon or company level, or extends to contribute to the institutional enablers of innovation and adaptation.

Service members who actively work to position themselves to contribute as innovators and innovation leaders in the civilian world will also provide another benefit to the military, which as much as any modern civilian organization, needs a flexible, creative pool of talent in order to stave off obsolescence and retain a fighting edge. Thus, a military that actively seeks to develop a culture of innovation will not only reap the intrinsic benefits of such, but will better prepare its members to meet the challenges of transition.