Over the past decade, a growing conversation has focused on issues of military spousal employment, and rightly so. The gap... 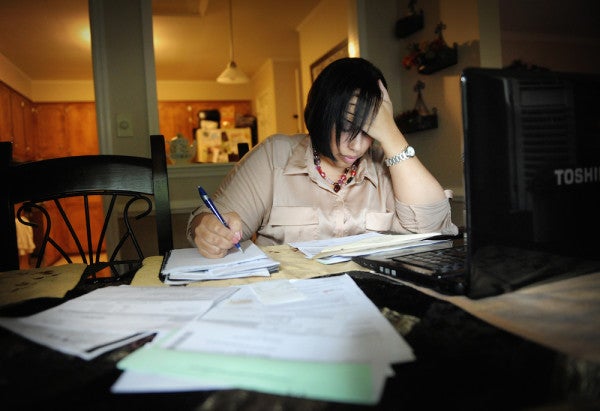 The Department of Defense has made efforts to assist in spousal employment, particularly through programs such as the Military Spouse Career Advancement Accounts Program, which funds education and training opportunities for spouses in fields with promising employment prospects. Equally important, these efforts allow for financial assistance for state licensure programs, which is particularly important for spouses in fields such as education, medicine, and law — an expensive proposition for military families moving every two years. Of course, there are limitations and qualifications to obtaining these opportunities, but it is a good signal that DoD is trying to meet the needs of its service members and their families.

Many spouses are also finding innovative ways to meaningfully engage in their field while fully engaging in the pace of military life. Spouses with backgrounds in such fields as communications, human resources, and law are adapting and creating successful consultancies. The growth of internet-based businesses allows others to create a growing online presence and enable career portability. Not only are these spouses contributing to the financial needs of their families, but they are building careers, and finding fulfillment in a way that enables success for both the service member and spouse.

But a largely ignored issue is this: what happens when the success of both careers is at odds? When spouses do find meaningful employment in their fields, what is the effect on retention?

Younger generations of service members — certainly millennials, but also a range of those currently in uniform — are entering into marriage with different expectations than previous generations. No longer exclusively the 1950s model of a single-income marriage with a male breadwinner and a stay-at-home wife, there are now a range of family models. There is an increasing expectation that marriage is an egalitarian enterprise, where both spouses have meaningful careers. Given that 55% of service members are married, these shifting expectations — combined with increasing rates of education within the millennial generation — are likely to have an impact on retention as couples wrestle with questions of how to optimize their options as a family unit.

Many factors play into a family’s decision to stay in or get out of the military. Recent critiques of the Military Compensation and Retirement Commission’s recommendations and its presence in the current House draft of the fiscal year 2016 National Defense Authorization Act lament the perceived impact of a “401k-like” retirement option for service members on retention. The current system relies on a 20-year cliff vesting, in which service members reach retirement eligibility after 20 years of service, while those who leave before 20 years receive no retirement benefits. This retirement system was designed as a powerful incentive for retaining mid-grade career officers and noncommissioned officers. However, with the rise of a more portable system, the carrot-and-stick use of retirement benefits (or the lack thereof) will no longer carry the same weight for retention. Indeed, this debate over retirement’s effects on retention is a valid concern, particularly when considering that with the rise of dual-professional marriages, there are more variables to consider in a service member’s cost-benefit analysis of staying or leaving.

But perhaps what this demonstrates is that retirement benefits (and financial compensation writ-large) are but one type of tool for attracting and retaining high-performing individuals; just one part of the overall compensation portfolio. If financial compensation matters to service members and their families, then we must consider that the cost of an unemployed or underemployed spouse also factors into the decision-making process. However, when we consider the other range of motivations for why individuals choose to stay in the military — the impetus to serve, job satisfaction, and fulfillment — then we must also consider the decision calculus for military families, and not just the service members themselves.

Indeed, this shift in expectations combined with the dramatic shift in retirement benefits may very well bring a crisis in retention. But maybe this is just the kind of crisis the services need to be afraid of; the looming threat is precisely why DoD and the services need to seize the moment and get personnel policy right. The end goal should always be a more combat-effective military, which depends on retaining not only adequate numbers, but top talent. In order to accomplish this, the military needs to collect better data on its service members, and integrate personnel management policies that align strengths, performance, and preferences in a way that benefits both the needs of the nation and individuals. The military also needs to collect better data on who is leaving the service and why in order to assess how successful current retention strategies are, and discover meaningful points for intervention. While the current understanding of the role of family considerations in service members’ decisions to leave the military is mostly anecdotal, the services have the opportunity to precisely measure its impact.

If the services can find a way to optimize their workforce by better aligning skills and preferences, they can increase career satisfaction for service members and fundamentally alter the decision-making calculus for military families grappling with the decision to stay or leave. When service members feel underutilized and their spouse has the opportunity to succeed, the tradeoffs for continued military service simply become too high. This is not to say that those who choose to leave the military are “less service-minded” than those who choose to stay. Many who leave the military — to foster their spouse’s success or otherwise — go on to serve their nation and community in a myriad of ways, whether it be as educators, nurses, police officers, in government, or in countless other capacities.

However, if both spouses in a military family are fully satisfied with their careers, the decision calculus changes. All marriages are different, but the solution set for two satisfied individuals is much broader, even when considering the many tradeoffs involved.

The military can’t control a spouse’s career aspirations, or the impacts such aspirations have on retention. But the military can play a meaningful role by fully utilizing service members, thereby increasing both job satisfaction and driving a human capital strategy that increases combat effectiveness.

In the same regard, the military can’t control the ultimate decision any family will make, but it can fundamentally alter a family’s decision-making calculus, and at the very least, ensure that the option to remain in the armed forces has at least a fighting chance.