3 Things To Know About Long-Distance Relationships In The Military

Holding down a long-distance relationship in the military is hard as hell. Military relationships fall apart for a host of... 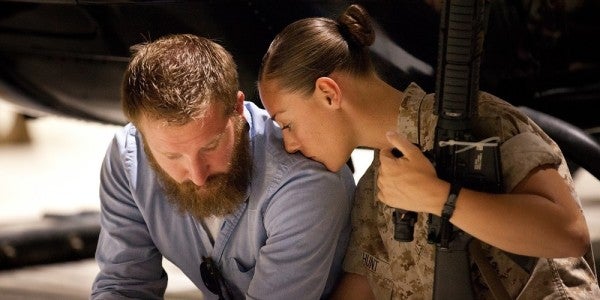 Nobody wants to find out they’ve been cheated on while they’re stuck manning post in some sweltering shithole on the other side of the globe. There’s no two ways about it; it happens and it sucks.

Related: 7 simple tools that have changed deployments for military families »

To find out what service members and their partners should do before entering into a long-distance relationship, Task & Purpose reached out to Rhonda Milrad, the founder of Relationup, an app that provides coaching and relationship advice.

It comes down to establishing and managing expectations before you even start doing long distance, explains Milrad, who has been working as a psychotherapist for the last 20 years and has her master’s degree in social work.

First, you need to talk about the way you communicate and how that will change.

This means talking with your partner about how often you’ll be able to maintain contact, which for forward-deployed troops can be minimal. So you need to make sure there’s a reasonable expectation, says Milrad.

If you know you won’t have access to a whiteline internet connection, or your only way to call home is a satellite phone that your platoon shares, that should figure into your discussion with your partner.

Once you’ve established how often you can communicate, find out what works best for you and your significant other, because everyone is different, says Milrad, who adds that some couples like to use Skype, while others prefer to send messages, letters, or talk on the phone.

“The really important thing is to make sure that you’re really clear what you expect that to look like,” says Milrad. This is just a starting point, and people in long-distance relationships may need to change or alter that plan for communication based on what each person needs.

What you talk about is more important than how often you do it.

Milrad also stresses that good communication isn’t just about talking frequently or during a set time, it’s also about what you say during that time, so start thinking about how you’ll communicate with one another before you leave.

“You want to relate to your partner in a way that you know resonates for them,” explains Milrad. “If you’re involved with someone and you know sending them a poem, sending them a picture, really means a lot to them, it’s really important you do that.”

But not all couples communicate that way.

“Then there’s other people where that stuff isn’t so meaningful,” says Milrad. “There’s nothing wrong with them, it’s just that that stuff doesn’t resonate.”

If you’re not the type of person who wants a photo of your loved one kicking back on the beach because it makes you miss home, and you’d rather discuss the work that you’re doing or what’s been going on around the house, then do that.

Milrad stresses that couples need to communicate in a way that works for each person.

Finally, for those staying home, it’s important they build a support network

Once you’ve discussed how often you can talk, and what you’ll want to talk about, it’s important to think about what support networks each person may have access to, which can be especially important for military spouses or partners who are living in base housing or in a military town where they may not know many people.

“At the beginning, there’s usually a surge of support and then over time, it deflates and diminishes,” says Milrad, who adds that you can encourage your family to play more pro-active roles in supporting the person who’s staying at home, especially if he or she is in a new place without a strong support network.