“If it’s something you feel passionate about, your body can do it,” according to Marine Corps Capt. Maggie Seymour. While... 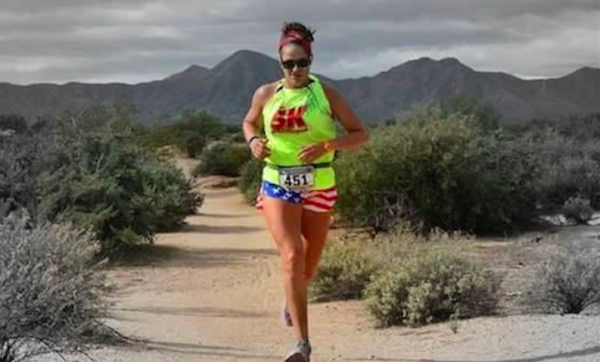 “If it’s something you feel passionate about, your body can do it,” according to Marine Corps Capt. Maggie Seymour. While reeat’s easy for an experienced runner to say, 161 is a daunting number of miles to run.

As part of the nonprofit, Valor Run, Seymour will be doing just that: running one mile for each of the 161 women who gave their lives during operations in Iraq and Afghanistan over four consecutive days.

On Feb. 25, she will kick off the run alongside newly commissioned Navy Lt. Michelle Gosselin. And friends of both Gosselin and Seymour will participate and support them along the way.

In order to prepare for the race, Seymour said she does back-to-back workouts, paired with crossfit and yoga.

The route will go all the way from Los Angeles to San Diego. Of the length, Seymour suggested that this race is for people who have a history with distance.

“I’ve done distance. I don’t think it’s an event you can pick and just train for. I think you have to have a pretty strong lead already,” she said.

The first is financial. Through the run, Valor Run will raise money for the organization, Team Red, White, & Blue, and will also establish a scholarship fund for children of service members.

The other two goals are more about the people. Seymour wants to show the families of the fallen that their service members are and will always be remembered. She also wants to raise awareness of the significance of women in combat and highlight for civilians that women are actually playing an integral role in the military — as much as their male counterparts

Navy Capt. Nancy Lacore was the first person to run the race in October 2014. She used the run to raise $33,000 for charity. Bridget Guerrero, a former Marine Corps major, became the second to complete the race in July 2015.

As for anyone interested in running a Valor Run race, Seymour said, “don’t be intimidated by the distance.”