The Future Of The Total Army Requires More Than A Report

The much-anticipated report from theNational Commission on the Future of the Army was released on Jan. 28. In 208 pages... 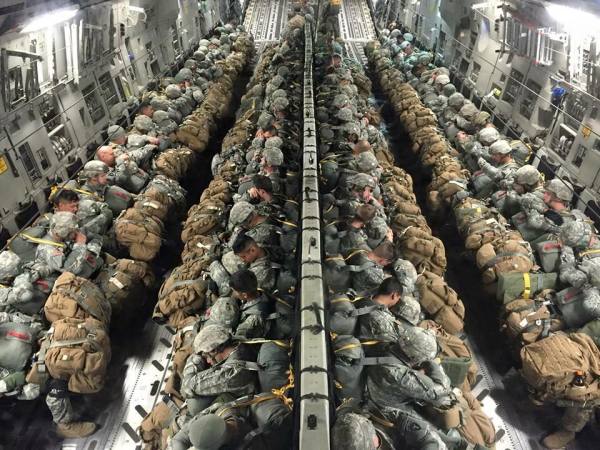 The much-anticipated report from theNational Commission on the Future of the Army was released on Jan. 28. In 208 pages of findings, the commission proposed 63 recommendations on force structure, organizational alignment, and balancing of the Total Force. It also took on relationships between the Regular Army, Army National Guard and Army Reserve, offering roadmaps to a more integrated Army. Below are some of the key highlights of the report.

The commission found that a total end strength of 980,000 Army personnel — 450,000 in the Regular Army, 335,000 in the National Guard and 195,000 in the Army Reserve — would be “the absolute minimums to meet America’s national security objectives”. This is a departure from the reduced end strengths that the Army was previously planning for, with a potential cut of the Regular Army down to 420,000. Such numbers may prompt a budget battle on Capitol Hill, but will likely find support with many lawmakers who have seen the potential end strengths cuts as a “hollowing” of the Army.

Permanent brigades for Europe and Korea.

Recognizing emerging threats and areas of concern in both Europe and Asia, the commission recommended an armored brigade combat team be permanently stationed in Europe. This would bolster U.S. Army forces in Europe, which in 2012 had two heavy brigades removed from their force structure. The commission also called for the permanent stationing of a combat aviation brigade in South Korea, and recommended the Army maintain no less than 11 combat aviation brigades.

Keep Apaches in the Guard

Many in Congress and Defense Department saw the commission’s unofficial charter as healing the rift between the Regular Army and National Guard — a long-simmering spat that culminated with an Army proposal to remove all combat aviation from the National Guard. Of note, the commission recommends reversing the Army’s Aviation Restructuring Initiative, which removes all AH-64 Apache attack helicopters from the National Guard. This contentious policy move struck a nerve with National Guardsmen, who perceived the divestiture of Apaches as a step toward relegating the Guard to a strategic reserve that would be placed on the shelf for major contingencies as opposed to predictable and routine use in the Army’s current overseas commitments.

The commission’s recommendation provides a compromise that all parties should find amenable. Under the proposed plan, the National Guard will keep four of the six Apache battalions, while the Regular Army will retain its 20 battalions. (The original restructuring initiative divested Guard Apaches to fill out the Regular Army’s attack aviation and attack reconnaissance battalions, the latter being comprised of the now-retired Kiowa Warrior). In exchange for the two “lost” Guard Apache battalions, the commission recommends adding two Black Hawk battalions to the Guard. This will require additional purchases of Apache helicopters, but it is likely Congress will provide the funding.

The commission encourages the Army to make further effective use of its Guard and Reserve units, especially in predictable and sustained deployments such as in Kosovo and the Sinai. It also calls for increasing the number of annual rotations for Army National Guard brigade combat teams at combat training centers starting in fiscal year 2017. Such a proposal would increase readiness of National Guard brigade combat teams, thereby allowing the Total Army to draw from an additional pool of units for both predictable and unanticipated deployments.

The commission further made several proposals to create personnel management policy that would better serve a Total Force. Recommendation 27 suggests the secretary of the Army should review and assess officer and noncommissioned officer positions that could be potentially designated as integrated across all components. This review would codify opportunities for Army leaders to be assigned across a “continuum of service.” The review is recommended to be completed within nine months of the commission’s report, and new designations within 18 months.

Additionally, Recommendation 28 requests the secretary of the Army develop selection and promotion policies that would incentivize assignments across all three components. In practice, this would open up additional opportunities for noncommissioned officers and officers in the Regular Army, Army National Guard, and Army Reserve while establishing a Total Army culture that rewards rather than penalizes transfer from one component to another. The commission did not provide specific guidance for how this system would be implemented, but recommended the policies be adopted within one year of the report being published.

A foundation, but not a solution.

In many respects, the National Commission on the Future of the Army report remains an unfinished work. Many of its recommendations will require further studies be conducted by the Department of the Army before they are implemented. And the commission’s report is not without its critics. Retired Army Lt. Gen. David Barno stated the commission “largely missed its primary if unstated task: healing the deep rift between the active Army and the National Guard.”

Barno further went on to say that although addressing the Apache transfer issue, the report offered “few other substantive suggestions on how to truly integrate active, Guard and reserve capabilities into a unified force.”

Strategically, the commission has missed the mark. In what one expert describes as “strategic amnesia,” little attention is paid to stability operations and counterinsurgency in the report, lessons that were hard learned from 14 years of persistent conflict. Recommendations on a Total Force structured to address conventional, asymmetric, and hybrid threats remain wanting.

The commission, after all, was chartered to give recommendations, not mandate policy. But it serves as a useful blueprint in building an effective Total Force capable of meeting threats across a wide spectrum. It is arguable that relations between the Regular Army and its reserve components had reached a nadir in 2014. The report, though hardly a silver bullet, took significant strides in addressing the cross-component relationships and establishing a foundation for more seamless integration. But real reform will require attentive congressional oversight, and willing partners in the Regular Army, Army National Guard and Army Reserve leadership.