The military pension system is one of the building blocks that make up military culture. So many other things revolve... 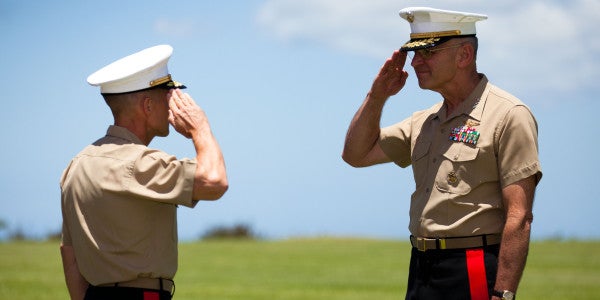 The military pension system is one of the building blocks that make up military culture. So many other things revolve around it. Being a career service member is defined by one’s willingness to make it to 20 years of service, upon which point you can retire with a pension.

The most important part about promotion boards is finding out whether or not one will be eligible to make it to 20 years of service. And once one makes it to 10 years or so, hardly anyone thinks about quitting, even if they hate being in the military, because not making it to 20 years is forfeiting somewhere in the vicinity of a million dollars in lifetime benefits. Some will even tell you that staying a day beyond 20 is like working for half pay.

Related: Why you can never fully prepare for military retirement »

The 20-year military retirement was first established for sailors in 1915. By 1948, it had expanded across the services. One of the reasons for it was not the arduous nature of military service, but that there were far too many old people in the service, and the military needed to nudge them out the door.

The world has changed. Life expectancy in 1915 was 52.5 years for men. In 1948, it was 64.6. That makes a big difference. People don’t keel over and die a few years after retiring as often as they used to. People have second and sometimes even third careers after leaving the military. Meanwhile those leaving the service prior to 20 years usually don’t get anything except separation pay.

Against that backdrop, last year’s 2016 defense authorization bill included major changes to military retirement. Stated simply, after it is phased in, the 20-year retirement will be cut to 40% of pay vice the previous 50%, and a Thrift Savings Plan will be incorporated with matching contributions after three years of service. In short, career service members took a hit so that others, the majority, might be able to leave the military with at least some TSP money in their pockets. Not a perfect solution, by any means, but at least one better suited to today’s world.

Then, as with anything in the military, there’s been a change to the change. In its 2017 budget request, the Pentagon has asked for some modifications. It’s asked to move the start date for matching contributions to TSP to the fifth year of service. Whereas under the 2016 plan matching contributions would end after 26 years of service, the new proposal lifts that restriction. The Pentagon has also asked for more flexibility in awarding incentive pay at 12 years of service.

The 20-year plan had to be changed, both for the service members and for the military. Whether it was perfect or not, the original changes tilted the playing field from career military toward the vast majority who leave short of 20 years.

The latest changes belie that promise. The change in matching contributions means that most enlistees will not receive that benefit if they leave after their first term. Allowing contributions to continue past 26 years means that those contributions are not about retention — colonels and sergeants major are already personally invested in the institution.

In truth, the original pension reforms didn’t go far enough. Even as I personally see the benefits of a 20-year retirement, the truth is that the all-or-nothing system was not best for the military. In the modern world, people change careers multiple times. As retirement reform progressed, there needed to be more allowances made for those who leave the military short of 20 years, not fewer. Shifting the incentives from young service members toward those with over 26 years of service is the opposite of what the military needs. Colonels are getting by just fine already.

There are many changes that could be made to the 20-year retirement system. While not perfect, the original reforms were a step in the right direction. With the military’s move toward greater career flexibility, we need to be more aggressive in promoting the interests of junior troops, not less. The Pentagon needs to invest in the young, not the old, as it moves forward with reform.