Veterans know that the hardest job they’ll ever have is in the rearview mirror, but that doesn’t mean entrepreneurship is... 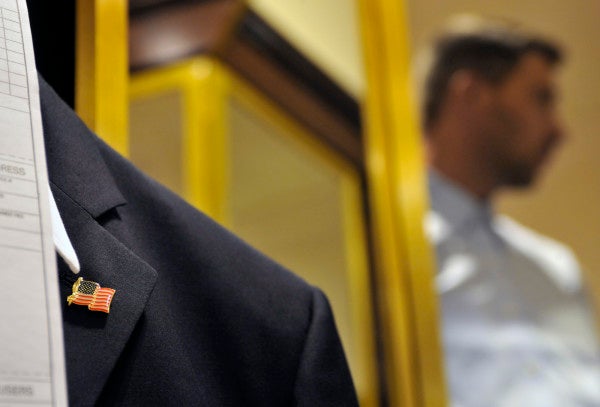 Veterans know that the hardest job they’ll ever have is in the rearview mirror, but that doesn’t mean entrepreneurship is a cakewalk.

Undoubtedly, your active-duty experience — especially in a combat zone — prepares you for a lot of the challenges that entrepreneurs face. The “hard work” of entrepreneurship pales in comparison to filling sandbags in 100-degree heat while in Mission Oriented Protective Posture 2.

You also don’t know uncertainty until you’ve heard the air crack when some myopic local with a grudge starts taking potshots. Financial risk seems insignificant when compared with flesh and blood hazards.

But there are many entrepreneurial elements that are more challenging than you may think.

I am a former Marine Corps infantry officer and Iraq veteran. Now, I am an entrepreneur. I’ve launched successful products within other companies, and I’m now the CEO of INVICTA Challenge — a new kids’ product line that launches Nov. 2 at retailers across the country as well as on Google Play and iTunes.

Here are the five things that veterans should know when considering a career in entrepreneurship:

1. Entrepreneurs must imagine both the mission and the executional concept.

For entrepreneurs, there is no higher authority for making decisions. Instead, it’s completely up to you to identify the customer pain and the problem you want to solve, and then figure out the solution — and how to make it work profitably.

2. Starting your own business can be lonely.

3. You won’t have a lot of resources.

In Iraq, there were times that we were short on water and MREs, and I rolled north without armor plates for my Kevlar.

But entrepreneurs have to provide everything by themselves, especially at the beginning. In the early days of INVICTA, we went to dozens of different business plan competitions to win enough cash to keep going. We maxed out credit cards and found ways to reuse assets. We had to make it happen with less.

I don’t mean to minimize what failure means in the military, of course. It’s much worse than having a business fail. However, there is a tremendous support system in the military for when disasters happen.

When a business fails, no one really cares other than your close friends and family. It can be very hard, but if it doesn’t work, you just move on.

My business partner threw her hands in the air the other evening, exasperating, “I suddenly realized that even once our product sells through, and Barnes & Noble and Amazon are happy, we will be working like maniacs for the next six months to get the next few games ready!”

For the most part, folks on active duty are always working toward a calendar goal. Their training, deployment schedule and separation date are all pretty well set in stone. There have been exceptions in the last 15 years of war, but in general, you can always count on an end date to all your striving. Entrepreneurs don’t have that luxury.

The best card that veterans carry through entrepreneurship is a “never quit” mentality. That said, it’s important to recognize that the challenges are very different here than the ones you might have faced on active duty.