Understandably, a lot has been written about the huge transition veterans make when they take the leap from the military... 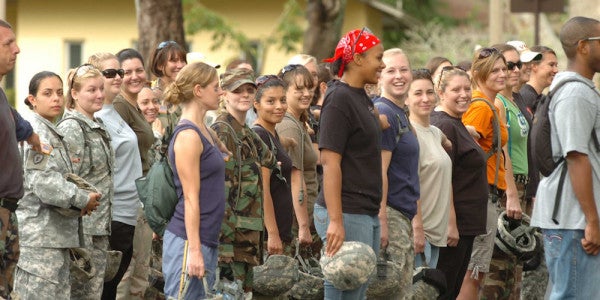 Understandably, a lot has been written about the huge transition veterans make when they take the leap from the military into the civilian world. The new trend and battle cry from socially conscious companies is: “Hire a veteran, it’s the right thing to do.” Companies large and small are realizing that organized outreach and recruiting efforts targeted at veterans are worthwhile investments that provide a pipeline of skilled and dedicated employees. After being a Marine Corps veteran who transitioned to the civilian world, and also remained the wife of a career Navy sailor, I can tell you that efforts should be ramped up and expanded to include a related population: transitioning military spouses.

Over the course of my husband’s 20 years of service, I was fortunate and persistent enough to develop my own strategies to hold a variety of positions and advance in my career, even through 10 relocations. I was luckier than most. A 2013 military spouse study found that 90% of responding female military spouses were underemployed — meaning they possessed more experience and/or education than their role required — and that many spouses experienced an unemployment rate almost three times higher than that of their civilian counterparts.

There is a great need for an increase in military spouse employment initiatives and outreach efforts to make spouses aware of the programs that are out there. The veteran hiring initiative should be expanded to include their spouses and partners, especially career spouses who are making the transition from the mobile military life as their spouse retires. We all need to work together to create an awareness among employers that veteran military spouses are resilient, persistent, skilled, resourceful, educated and loyal, rather than what they are often perceived to be: unskilled workers who can’t be depended on to stay anywhere for very long.

So why should an employer invest in a transitioning military spouse? The answers are quite simple:

1. They have served our country honorably.

Military spouses take care of everything on the homefront with skill and grace, enabling their service member to perform their duties without worry. They patiently shoulder many added duties, separations, and hardships. They support other spouses and the military community. Their roles are important to national security and the well-being of our fighting forces.

2. They are amazing project managers and team players.

Frequent permanent change of station moves and added responsibility at home make military spouses very skilled in the area of project management. They have a unique ability to understand end goals and the steps needed to get there. They make lists; they delegate. They have researched new areas and managed many transitions. They can motivate teams to work together to get things done. They are mission driven and can step outside of themselves to make sure the strategic goals are met.

As valued members of the military team, military spouses have made a commitment to their significant others, to the country, and to their communities. Many days go by where they want to hide under the covers and walk away from it all, but they understand the importance of their sacrifice and stay with it. This can directly translate to a firm loyalty to employers who show a commitment to them by offering options for telecommuting, flexible or portable work situations.

4. They are resourceful and creative.

Being the primary home keeper, financial manager, legal analyst, cab driver, single parent, and constant job seeker makes a person highly resourceful. Creative thinking is often needed to make a house a home on limited funds and in a geographical area you have been assigned to. Military spouses are accustomed to seeking out opportunity, finding a way, and doing more with less. It’s just a way of life. This can be valuable to an employer who needs out-of-the box thinking that can solve complex business problems.

5. They thrive under uncertain circumstances.

Military spouses know that nothing is certain. They have endured many separations, they may not know when their partner will be deployed or if they will return. Orders can change abruptly. Where they thought they would be is often not where they are. Even under such uncertain circumstances, they have found support and have survived and even thrived. In fast-paced workplace environments where priorities and needs adjust frequently, such unwavering calm is worth its weight in gold.

The bottom line for employers is that transitioning military spouses can be amazing employees who contribute to increased revenue for the companies that choose to invest in them. Many have worked in the civilian world, but also remained at the mercy of Uncle Sam. They are not just temporary assets. While some have recognized and benefited from this untapped pool of qualified workers, many have not. So next time you hear buzz about “hiring a vet,” remember that, yes, it makes good business sense to hire vets, but it also makes sense to include those who have served faithfully by their side.