Upon leaving their service, veterans face the inevitable next step of finding a fulfilling career. While veterans are well trained... 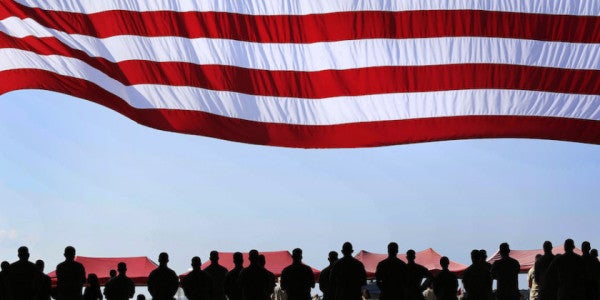 Upon leaving their service, veterans face the inevitable next step of finding a fulfilling career. While veterans are well trained to take on a variety of jobs, there is one role that few consider, but more should: campaign staffer.

While our political system today is undoubtedly broken, and most people think staffers are like characters from “House of Cards,” working on a political campaign can be an exceptionally meaningful and impactful way to continue serving your community and country. Moreover, we need more service veterans working in politics to begin to fix the biggest problems facing our nation. Here is a list of the top five reasons why service veterans make the best political staffers.

Veterans know how to make decisions under pressure.

Campaigns are non-stop, action filled, and high-pressure work environments. With the hard deadline of an election looming, there is no time to waste and no room for error. Whether it’s deciding how to react to a negative press article or focusing entire team on fundraising for 48 hours before the end of the quarter, the pace and pressure of a campaign make veterans the most capable campaign staffers. People who have served in the military or national service programs have experience working under intense pressures and making difficult choices every day. From figuring out to how rebuild a community after a natural disaster, to leading a platoon into battle, these types of leadership experiences have prepared service veterans to make fast and decisive decisions on campaigns.

Veterans have exceptional attention to detail.

Campaign staffers are constantly juggling hundreds of balls at once; field organizers track and contact hundreds of volunteers; the finance team handles all the money that comes into a campaign; campaign managers keep the staff, consultants, and candidate on task. Each of these jobs requires enormous attention to detail to ensure that not a single ball is dropped, because losing volunteers or money can have an enormous impact on a campaign. Service veterans understand that the day-to-day aspects of service are often the less than glamorous, and sometimes even mundane, but undoubtedly vital tasks that require one’s full attention and care.

Vets know how to lead teams.

Successful campaigns are one big team working toward goal of winning the election. The ability to lead a team toward a common goal, under the pressures of a campaign and an election deadline, makes veterans stand out among staffers. Leadership is fostered in service, as service members gain unique, hands-on training by leading teams and communities in their day-to-day work. On campaigns, tactics are easy to teach — it’s the leading teams piece that separates the good campaign staff from great ones.

Veterans do “whatever it takes.”

Veterans have unique boots on the ground experience that required them to think about doing “whatever it takes” to solve problems and take on significant challenges. They work hard and are undaunted by difficult tasks set before them. In the political world, people often give up or refuse to put in the work to do what it takes to win. We need incredible leaders to do “whatever it takes” to run campaigns in order to help our best and brightest get into office.

Serving in the military or a national service program is a huge sacrifice that requires one to put the nation over oneself. Through their service, they have learned to put the needs of their team, mission, and goal first, above their own self-interests. Believing in a larger mission and acting with that mission in mind sets service veterans apart. Campaigns require servant leadership to empower a team, candidate, and volunteers to work toward a greater goal. Campaigns can often be bogged down with egos, self-interests, and partisan interests. Service members understand that at the end of the day, it’s about working toward something bigger than themselves.