Say you’re at a dinner party. Sitting next to you is a petrochemical engineer. When you ask what she does... 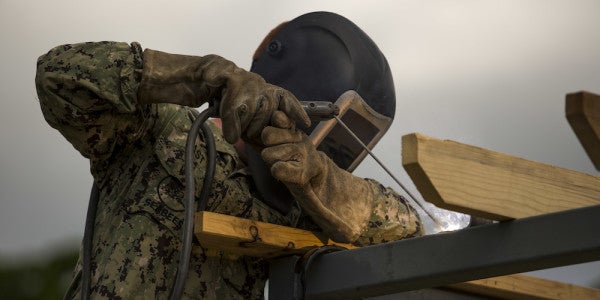 Say you’re at a dinner party. Sitting next to you is a petrochemical engineer. When you ask what she does for her day-to-day job, she overwhelms you with names of substances you haven’t heard since high school chemistry, uses cryptic acronyms, and drones on and on. After about a minute, you’ve tuned her out and you’re thinking about dessert.

The problem is, she didn’t give you anything to grab onto. When you’re not familiar with the world someone is describing with the words they use, it’s hard to care. That’s exactly what happens when you interview for a job and talk about your military service from a soldier’s perspective. Switch your mind around to figure out what makes sense in the interviewer’s world. You have to translate your experience into relevant civilian skills. It doesn’t have to be hard, either. Use these tips in your next interview to better engage your interview:

Do Your Research and Talk to People

Before you even get into an interview room, do your research. Read the job description a few more times to see what words the company uses for required skills and read LinkedIn profiles to get an idea of how civilians describe accomplishments.

It’s even better if you can talk to someone in the same role at a similar company. Most industry jargon is the same across companies; it’s helpful if you can learn what words people use to describe what they do, so that you can use that when discussing your experience. For example, I had no idea writers and editors used the term “service journalism” when describing the type of writing I do, which is focused on sharing information and advice that readers can use. I only learned it (as well as other common industry terms) after speaking with multiple editors and writers.

When I interviewed for an assistant marketing job after leaving the military, the vice president interviewing me asked me how I’d manage multiple moving parts and priorities. He was under the impression the Army was so organized and disciplined that I wouldn’t know how to respond to the demands of managing multiple social media accounts on top of daily administrative work.

After suppressing the urge to say, “Are you freaking serious?” I explained how leading a platoon of 25 wayward soldiers prepared me to manage and balance many important tasks while taking care of actual people. I may have come off a bit strong at this point, dropping in a few examples of how I dealt with soldiers in jail or under investigation while preparing complex intelligence briefs, but it helped. He got the point (and eventually offered me the job after interviewing dozens of other candidates for six weeks).

You have to paint a picture. Your resume and cover letter never give the full picture, and in many cases, it’s hard for the interviewer to translate “platoon sergeant of 50-person logistics unit” to your day-to-day responsibilities. When you give specific tasks and describe how you reached an end goal, your interviewer can better imagine your experiences.

Another example are OERs and NCOERs. If you counseled soldiers and wrote evaluations, that’s transferable management experience. If you’re applying for a leadership role, you’ll want to highlight how you coached, mentored, and lead your team both informally and formally, using reporting procedures.

This may be an Army veteran phenomenon, but it seems like at least half of my old military acquaintances are now project management professional (PMP) certified. While that’s great if you’re looking to go into project management as a career, you don’t need a PMP to be able to stand behind the work you did in the military.

Project management skills apply to almost any career, and for most veterans, it was part of your job. Take, for example, troop leading procedures, the military decision making process (MDMP), any planning you did for field exercises, or even setting up a battalion ball. Any task where you had to coordinate people, equipment, and moving parts required project management skills.

When an interviewer asks you to describe some of your skills, mention project management. Back up your claim by describing a field exercise, mission, or event you planned. Include how many people you worked with, how long the project lasted, the outcome, and the outcome.

Remember, interviewing is a game of strategy; what about your service relates to the job? It’s not an opportunity to brag about what medals you earned or how many months you spent deployed, it’s your chance to sell your experiences by using your interviewer’s language and point of view.