Your Best Career Move After The Military May Be Sideways

Many of the Department of the Army civilians I had worked with and a large number of my veteran friends... 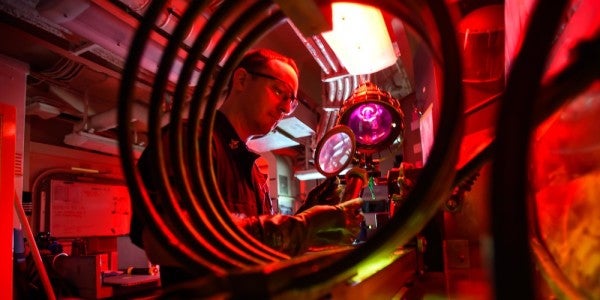 Many of the Department of the Army civilians I had worked with and a large number of my veteran friends signed out of the military on terminal leave on a Friday and started a new job on Monday. But that wasn’t me after I left the Army.

The career path I wanted to explore — professional writing — didn’t have job listings on USAJobs.gov. No military recruiters, such as Cameron Brooks or Lucas Group, had jobs in digital media or publishing. So, I had to navigate my way there myself. I tried to trace people’s career paths backwards and I read everything I could get my hands on about those who changed careers successfully — military or civilian.

If you’re thinking of pursuing a career that you’re not qualified at the moment, whether it’s in a creative field, in the tech or startup world, or simply a career that you don’t know anything about, there are ways to get your boot in the door. You’ll likely have to take a step backwards or sideways to get there, but it’s worth it if you find something you love.

First things first: money. While you have a greater chance at career satisfaction pursuing an industry you enjoy, you’ll need to plan for a lower income for the first year or more while you learn the ropes. My last year and a half of service, I stashed away as much money as I could in my emergency fund. I knew I wanted to cover a year’s worth of living expenses in case my job was low paying.

Those savings, and having a supportive husband whose school stipend helped pay our rent, came in handy during the first year post-Army. I worked two internships in my chosen career field and took a host of odd jobs for seven months to help cover my expenses until I received a full-time job offer.

You’ll also want to relook your five-year plan (assuming the Army forced you to make one like my command had). I set goals and plans A, B, and C in case I ran out of money, couldn’t find a full-time job, or if I discovered I didn’t like my chosen industry after interning,

You almost certainly don’t have all the skills or know-how to walk into a civilian career that’s not directly related to what you did in the military. And that’s perfectly fine. But you’ll have to swallow your ego and be OK with getting taught how to do something by those younger than you.

For example, my first position after the military was as an intern at two separate startups. In each, my coworkers were recent college grads and some were still in college. Instead of feeling bad about not knowing the things they taught me or or pretending I knew what to do, I tried to be as open and curious as possible. I wanted to learn as much as I could before trying to get a full-time position in the industry.

As many of you know, you generally start at the bottom to learn the basics. In the Army, I did this as a platoon leader by spending time with my E-3s to learn how they performed maintenance on a vehicle and how they set up our intelligence systems. By going down to the first level, I got the nitty-gritty view of the components that made the larger system work. And it helped. When I was briefing our brigade commander on our systems capabilities and restrictions, I could speak from experience and answer questions intelligently.

As for my civilian career, I did basic digital media intern tasks like editing and uploading photos, uploading and formatting content on several different content management systems, and building out a newsletter on a number of platforms — essential building blocks to an internet-based writer.

Whether you take an internship or entry-level position, keep your eye out for chances to jump to the next step. Network at every opportunity you can while working hard at your first job post-military (and keep an updated resume on hand!). Most people want to help you.

When no positions were open at the company I interned at, my supervisor helped me find someone who sent a few key recruiters my way. You can also take advantage of formal veteran networking events. I went to a few in New York City, and one eventually led to a job offer. Since I had learned many of the skills at my internship, my resume was much more impressive than someone trying to jump from the military to the job without the relevant skills.

Get to the right location

You might not want to hear this after having the military dictate where you lived your entire career, but location does matter for many career fields. If you want the best chance at a specialized industry, you may need to go to a place that has plenty of those type of companies. It’s simple economics. The more companies, the more job opportunities. That’s the reason we moved to New York City after the Army. We never pictured ourselves as New Yorkers, but the city offered so many opportunities that the cost to live here was worth it.

I see career paths as a row of ladders. Some lead to the career you want, some lead to mediocre jobs, and others lead to where you were. If you step from the military ladder to an adjacent rung on the financial services ladder, great, maybe you have a similar rank and paycheck. But, is it the path you ultimately want to be on? Did you take the opportunity to step back and consider where you truly want to end up in five and 10 years? If not, take the time now, not during a midlife crisis to experiment. Take an internship, a lower job position, a volunteer role – anything that gives you a taste of the career you’re considering.