I will be honest, I would consider some of the enlisted I worked with in the past, my closest friends... 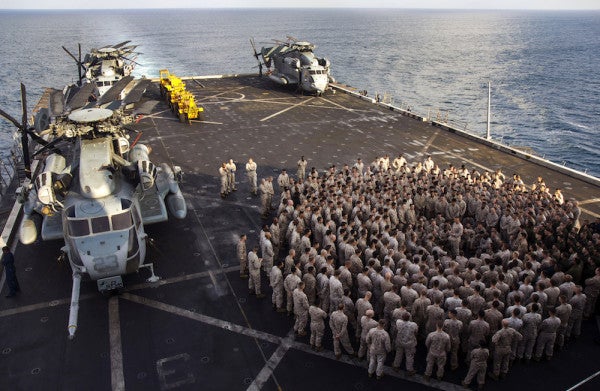 I will be honest, I would consider some of the enlisted I worked with in the past, my closest friends in the world. As a 22-year-old second lieutenant placed immediately in charge of 120 enlisted, I learned that if I carried my rank like a chip on my shoulder, my career as an officer would end quickly. I figured out rather quickly that if you take care of those who work for and with you, and respect them as the individual contributors that they are, the team dynamics are much more likely to be a success. This isn’t to say that rank does not have its place, because without the hierarchy, mass chaos would ensue when it came to orders being executed. But, people are more likely to listen to orders if they know that the leader has their best interest at heart. Ideally, this is how a civilian organization should be run as well. I remind myself of this daily.

“Well, you see, Liz, I was a lieutenant colonel in the military, I should automatically be able to fit into a vice president role at a company. People listen to me.”

As a human resources professional providing consults for veterans entering the civilian world, I hear a variation of this statement repeatedly, and I always say that your rank does not necessarily align to where you fit in an organization, and whether or not you have the people skills to influence. I then break down the veteran’s skill sets and ask him/her what skills made them a good influencer and communicator. I ask the questions, “What would those you supervised say about you and why would they recommend you for this position? How did you treat your enlisted or if you were enlisted, how did you treat those you monitored and were the specialists in the fields?”

For those transitioning, leadership attributes easily carry over to the civilian workforce. However, a sense of entitlement is different than a reflection of your experience. Claiming the number of people you have commanded in the past, the challenges that you have encountered, and the obstacles you have overcome are all valid, but assuming that your rank determines your stature in any organization is incorrect. Day in and day out, I hear officers making assumptions that they deserve a higher role in an organization because they have their master’s degrees or led X number of troops. While these are fine achievements, they do not necessarily correlate to leadership skills.

If I polled a particular officer’s enlisted ranks, the consensus might be that the officer had poor communication skills. I would much rather work to find a civilian position for the senior enlisted who had an equal number of people underneath them and had a reputation of care for their troops. It is a huge misconception that enlisted service members cannot transition into leadership roles. Yes, the path they took to get into the military may be different from officers, but the type of leaders they are or will become once challenged isn’t dependent on that.

Companies hear the term junior military officer and automatically assume that candidate has the skillsets to take charge in an organization and lead. As a result, junior military officers often find themselves feeling entitled when labeled the “best of the best.” While officers are great hires who can assimilate very well, enlisted members should not be disregarded because they don’t have the profile of what someone views as a stereotype leader. Hard and soft skills, drive, and the leadership skills are what matter most.

U.S. Army Gen. Bruce Clarke, once said, “Rank is given to enable you to better serve those above and below you, it is not given for you to practice your idiosyncrasies.”

The same rule of thumb applies to both the military and civilian populace in terms of organizational pecking order. In order to be successful and take care of your subordinates in the civilian world, it takes someone who truly understands that military rank is a privilege, not a right.