So You’re A Veteran — Now What?

So, you are finally leaving the military. You’ve got your DD-214 in hand and the only thing that stands between... 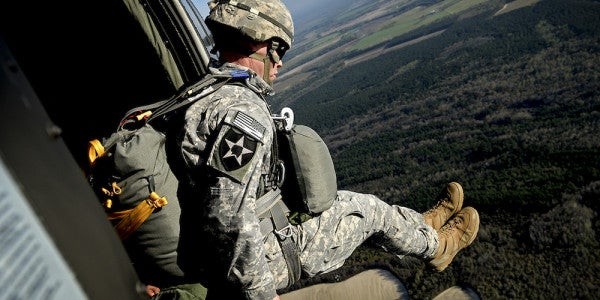 So, you are finally leaving the military. You’ve got your DD-214 in hand and the only thing that stands between you and your impending freedom is a trip to the battalion admin shop. It’s a magical feeling. If you get really lucky, maybe you’ll catch your platoon leader or company commander on the way out and address them by their first name, leaving them confused as to what just happened. You don’t care about the repercussions because they have no power over you as you drive off post for the final time as a service member. Congratulations. By civilian and legal definition, you are officially a veteran.

Now, what the hell comes next?

Being a veteran can be sort of feel like being in some sort of weird purgatory between the civilian and military worlds. What once may have been important in our civilian lives before we joined has likely been replaced with a different set of priorities and perspectives. On the flipside, what was important in our military lives may have little to no relevance in the civilian world. Like any sort of major life change, rediscovering one's place in society can be one of the biggest obstacles in transitioning back to civilian life.

That begs an important question — what is a veteran’s place in society? It’s a complicated question to ask because it depends on the person and how much of their veteran status they make their identity. For some, it’s simply one chapter in their life and they move on. For others, their service becomes the driving force in their life. Neither attitude is wrong; they just reflect different priorities.

However, there seems to be a sentiment with the some members of the veterans community that we exist as some modern form of a ronin, released from our service, yet wandering about in society, waiting for the next fight or cause. Even worse is the idea we are some sort of Roman Legion, entitled to a special level of citizenship because of our service. Both attitudes are unsettling as they seek to separate us from the very society that we came from and chose to serve.

It gets especially tricky when veteran status becomes something of a trump card in civic and political debate. I’m just as guilty as anyone of sometimes taking the position that my service in the Army entitles me to an unchallenged opinion on specific matters. I’ve seen many examples of veterans basically saying “whether I’m right or not is of no consequence; I served, you didn’t, shut your mouth.” If we want to bridge the civilian-military divide we talk so much about, we need to scale that down.

These attitudes diminish whatever points we are trying to make and further separate us from the rest of society. Yes, we are a member of a small percentage of citizens that served their country in the military; but not much distinguishes us from law enforcement and emergency response professions in that regard. We would be smart to remember that we signed on for the life that we did. Our nation certainly asked a lot of us and we all made sacrifices in our personal and professional lives. We’ve watched friends die and have seen others come back with scars of the horrors of war. Our nation has gone to great lengths and accommodations to show its appreciation for our service.

Still, we need to be able to strike a balance between our status as veterans and citizens in society. Constantly demanding special privileges based on our service risks us becoming caricatures of ourselves. Furthermore, it takes the focus away from real issues facing the veteran’s community and the positive impact we can bring back to society.

This is not to say that there is nothing wrong with being an advocate for your fellow veterans and your allegiance to your service branch. On the contrary, the more we talk about and discuss our service, the more we can help civilians understand just what our experiences in the military were. When I worked as a veterans outreach representative for my local congressional office, there were numerous times that I was asked about to speak to groups and people about my deployments and just what it meant to serve in the Army. Were some of the questions a bit odd? Yes, although they allowed me the opportunity to set the record straight on some things and put a human face to experiences that civilians only knew about from television, movies, and books.

I’ve always been fond of President John F. Kennedy’s statement, “Ask not what your country can do for you, ask what you can do for your country.” As veterans, we would do well to continue to embody that sentiment. When we return to the civilian world, we bring skills and capabilities unmatched by any civilian experience. Get out there, get involved, and give back to your community. Instead of simply commenting on issues, we need to continue to apply the problem-solving skills we learned in the military.