“Duty, Honor, Country: Those three hallowed words reverently dictate what you ought to be, what you can be, what you... 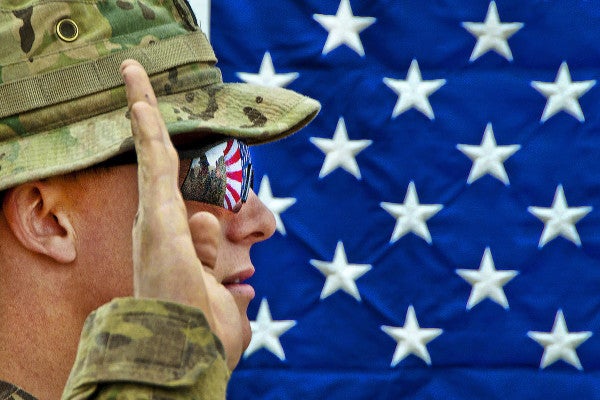 “Duty, Honor, Country: Those three hallowed words reverently dictate what you ought to be, what you can be, what you will be. They are your rallying points: to build courage when courage seems to fail; to regain faith when there seems to be little cause for faith; to create hope when hope becomes forlorn.”

Gen. Douglas MacArthur spoke these words as he accepted the Sylvanus Thayer Award at West Point in 1962. Speaking to a group of cadets, MacArthur expressed how soldiers stand out among all others with the enduring responsibility of protecting the three principles that should guide every American citizen: duty, honor, and country.

More than 50 years later, this sentiment remains true. Since 2001, U.S. service members have been fighting and protecting the core values that make the Unites States and its people exceptional. Millions of Americans raised their hands to serve, they did so voluntarily, and they joined the most advanced and professional military on earth. Whether in the mountains of Afghanistan, the deserts of Iraq, or islands in the Pacific, these Americans served in complex and dynamic missions. After years of service, they emerge with incredible skills and experiences.

These men and women, all volunteers, then come home. They remove the uniform, but that deep commitment to the oath they took when they first joined — the oath to protect the U.S. Constitution against all enemies, foreign and domestic — stays with them. It stays with us.

As the future leaders of the United States, America’s new generation of veterans must fulfill a new mission: A mission to build courage where there is cowardice, restore faith where faith has been lost, and establish hope that the foundation on which our country was built remains strong.

Veterans have the power and experience to shape a legacy, and the skills to inspire others to take action. We're already rebuilding blighted cities through Mission Continues service platoons, and serving at the frontlines of disaster relief through Team Rubicon. We go on to become teachers, police officers, firefighters, run for political office, oversee community service projects, or mentor youth. At Task & Purpose, we give voice to these stories, but there are many more to be told; there is much more work to be done.

National service does not solely occur in a military uniform. But those who have served in the armed forces can be the guiding force for the rest of the country.

Help us create a movement of veterans, service members, and civilians who believe that service to our country never ends. Whether you have two weeks or two hours, you can make a difference.

Join Task & Purpose, The Mission Continues, and Team Rubicon in taking a Second Oath of service to your community and country.

How will you continue to serve?