Behind The Political Desire To Fake Military Service

In 1996, Dr. Ben Carson was already an acclaimed neurosurgeon, known for several noteworthy surgeries as the head of pediatric... 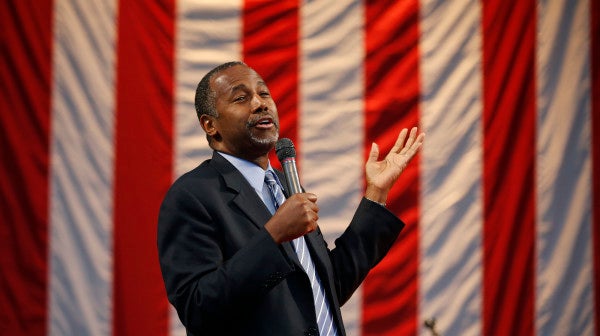 In 1996, Dr. Ben Carson was already an acclaimed neurosurgeon, known for several noteworthy surgeries as the head of pediatric neurosurgery at the prestigious Johns Hopkins Hospital in Baltimore, Maryland. He was, and is, a man of impressive accomplishments by any standard. Nevertheless, in his autobiography published that year, “Gifted Hands,” Carson felt compelled to roll a military angle into his personal story, claiming that he was offered a scholarship to West Point as a result of his work as a high school JROTC cadet. Recently, a Politico story exposed that as an exaggeration at best and a fabrication at worst. In response, Carson stood by his account, but gave himself an out, stating it was only an “informal” statement that he “could have” received a scholarship to West Point (which doesn’t offer scholarships, since it’s already free).

Another prominent 2016 presidential candidate, Donald Trump, a world-famous billionaire and businessman, said he “always felt that I was in the military” due to his time in a military prep school as a teenager.

Anyone who’s actually been in the military knows that the entrance requirements are sometimes not what we wish they could be. Often, looking at some of the Private Pyles among us, we wonder how some of the more mentally or physically deficient make it as far as they do.

Nonetheless, even obviously capable people such as brain surgeons and billionaires still seek to capitalize on their tangential associations with the military experience. Veterans see this phenomenon all the time in daily life. How often do you run into civilians who were “almost” in the military? If it weren’t for that bum knee/parents/dishonest recruiter they would have been a Marine/Ranger/Green Beret.

A whole industry exists to make middle- and upper-class Americans feel as if they’ve accomplished challenges similar to military training. From Tough Mudder to boot camp fitness to living like a monk in Spartan Race founder Joe De Sena’s barn, people seek to find the challenges for which service members and veterans joined the military.

In previous generations, universal conscription formed a rite of passage that most Americans, or at least men, went through in some fashion. Once the military became the all-volunteer force in the 1970s, it went from becoming something that everyone joined to something only a small subset of the population would ever be a part of.

Many, if not most, societies have had some sort of rite of passage into adulthood in their histories. Whether it was ritual mutilation or being intentionally bitten by bullet ants, passing into adulthood meant undergoing some form of challenge.

In the U.S. today, there is no universally agreed upon challenge that marks one’s transition into adult society. The military is the closest thing we still have, but not everyone can or is willing to join. So, we see the invention of what might be called “military by proxy.” People try to prove that they could have been successful in the military, if they had tried to.

Veterans can take pride in the fact that imitation is the highest form of flattery. They have done what many others, including the elite of American society, aspire to.

Many of these military-like rites of passage are actually as physically tough as some military training. Some military members would fall short on many of the more athletic challenges, though I suspect most would still beat out Trump and Carson on military aptitude.

The difference lies in the real challenge of any true rite of passage: subordinating yourself to be a part of something greater. No service’s boot camp will ever have a 26.2 mile run or similar extreme physical challenge, but they all share a similar requirement, which is to be willing to surrender your life for others. This is accomplished by a variety of physical and emotional challenges, but is something that no military prep school, high school JROTC program, or yuppie fitness fad can provide.

Until society can agree on a new standard on what makes a man or woman, we’ll continue to see everyone from blowhards in bars to presidential candidates try to ride the military-by-proxy train.