When I left active duty the first time, I had just completed a second company command and had been selected... 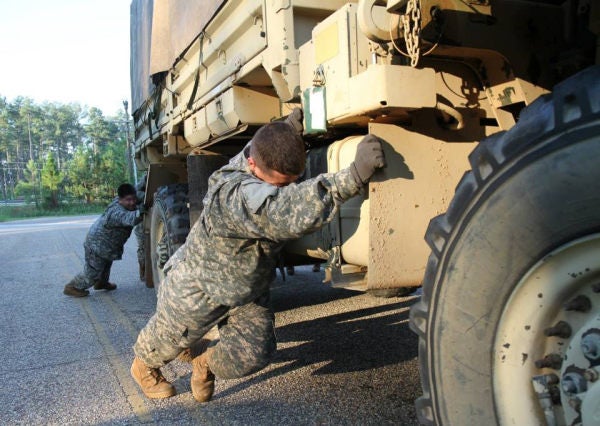 When I left active duty the first time, I had just completed a second company command and had been selected for a very interesting position at the Pentagon that included a fully funded graduate school program. Additionally, I had nearly five fantastic years in a Special Forces group. For a company grade officer, it really didn’t get much better than that. So when I left the military, I felt like the world had ended. For four months, I was miserable. Business school was incredibly hard — try being an Special Forces officer in an advanced accounting class and you will see what I mean. Furthermore, I began to doubt myself, my skills, and what my future would bring. What changed for me after a few months of hard work and several attitude adjustments from my wife was when I began to realize that my military skills, my attitude, and my personal beliefs were making things better for me and bringing me opportunity and success.

Related: Make your transition a breeze with these 6 steps »

It is only a belief in your skills, confidence in yourself, and faith things will be better that can and will drive you forward to success. It’s easy to be frustrated, but it’s better to understand and to overcome these five common feelings of self-doubt that many go through during a military transition. You can end up being your own worst enemy; don’t let these insecurities hold you back.

1. My military career was the last great thing I will ever do.

When I first started working, I constantly thought back to all the great stuff that I did in the military. I reveled in my memories of parachuting, fast roping, shooting, deployments, and temporary duty assignments in Germany during Oktoberfest. My mistake was I thought that all of my greatness was in the past and was nothing to look forward to in my future. I started to remember my military experiences evenly, like back in Iraq when the group command sergeant major put the officers on the shit-burning detail in August. I also began to look to contribute more at and outside of work through speaking, writing, teaching, and really enjoying my family. Today, I know that I have a good past, a great present, and an even greater future. The military started, not ended, my greatness.

2. If I ask for help, I will look stupid, unprofessional, or worse.

When I was in business school, I was a complete disaster trying to find that critical summer internship between my first and second years at school. The reason I was having so much trouble was that I did not ask anyone for help. I did not need help because I thought, “I can do it all myself because I was a Special Forces officer!”

You already know the story — I was like a certain monkey performing an activity with a football; lots of action and no successful outcome. It was only after I began to seek out experts, faculty, peers, and others that I realized so many would help me if I only asked. At the end of business school, I had five job offers all from people that I had reached out to. Today, when I start a new project, I ask everyone I can think of for help and input.

3. What I did in the military has no application to my future.

During my first post-military interviews for employment, I experienced a range of reactions from potential employers about how my military skills could contribute to the success of their business. Since I was a Special Forces and infantry officer, they were politely interested, highly skeptical, and clearly not convinced despite my passionate argument. And, at that point, they were correct to be skeptical. What I had not done was clearly demonstrate how the skills I learned in the military could be adapted to their business objectives and current trends in the marketplace to mitigate competitor actions. When I figured out how to sell my military skill set, the world changed for me. Military skills need to be adapted and translated to the requirements of the business, their customers, and competition.

4. No one values the attitudes and professionalism of the military.

I was exceptionally nervous on my first sales calls. However, after a couple of calls, I realized that my attitude and mannerisms that focused on mission accomplishment, understanding the environment, and meeting the needs of the customer were clearly setting me apart from other salespeople. Military attitudes are great in business, especially in the presence of frontline workers and customers. Frontline workers and customers appreciate and value communication styles that are no nonsense, honest, and straightforward. Military attitudes, military work styles, and military leadership traits adapted to business are a combination without equal.

5. I got an entry-level position. I’ll be here forever.

Easily the greatest challenge of military transition is the immediate, stark descent from a leader with a mission and a team to lead, to a more entry-level role with significantly less responsibility. Additionally, combat provides a clarity of focus and personal resolution that can be lacking in some civilian positions. When I left active duty for the second time following the invasion and initial occupation of Iraq, it was especially stark. In Iraq, I worked as a plans director for a large, international special operations task force. I led a smaller direct staff of ten and then co-directed the mission planning efforts with a team of up to 40 people to plan special operations missions within 24 hours. My first job back, I was in charge of just me. I worked 12-to-14-hour days while living away from my wife trying to learn Microsoft Access and understand SQL. Today, I have been promoted several times and I lead small teams across a wide range of commercial activities. It is great, challenging, and meaningful work for a great company, but I didn’t get here overnight.

Transition is a challenge, but it is temporary. The belief that you have in yourself, your military skills, and the value that you bring to the civilian world is pivotal to getting over the initial hump of separation. Don’t let temporary self-doubts and challenges hold you back. Our initial military training appeared hard at the time, but today who doesn’t laugh at the times they fell asleep standing up? Believing in yourself will guarantee a successful military transition.