How To Get The Most Out Of Your Networking Opportunities

Networking opportunities can be found in many different focus areas, concentrated on industry, region, and even race/national origin, gender, and... 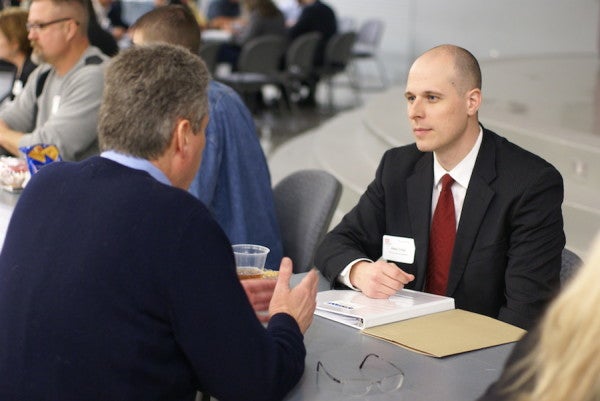 Networking opportunities can be found in many different focus areas, concentrated on industry, region, and even race/national origin, gender, and age. Each of these focused networking events brings together similar types of individuals. This can be a good thing or a bad thing, depending on what you want to take away from the experience. I have had my fair share of networking experiences, mostly with negative results.

During my first networking event, I was a newly separated veteran, still trying to find my own way in the wide world. I remember going from group to group furtively attempting to break into the myriad circles of conversation that seem to have sprung fully formed straight from the hotel conference room’s dingy carpet. For someone who was already feeling like I was on the outside looking in, these attempts were not only daunting to attempt, but damaging to the self-esteem. I quickly became a wallflower and drank my open-bar generic beer at a little table in the corner before making my quiet getaway.

My second networking event was not much better. I had learned from the first that I needed to use some skills to break into those circles and assert myself just for the opportunity to get a word in. I practiced my elevator speech; that 30-second synopses designed to explain who you are and what you can provide to anyone, anywhere. I put on my big boy suit and a red silk tie. I broke my way into every conversation and took every card handed to me. I went back to my hotel room with more than 50 cards, each representing an elevator speech followed by an important conversation. Once I got back home from the event and forgot 90% of the faces behind those cards, I resolved for the future to make contextual notes on each card as soon as I received it.

Related: 5 Ways to be more effective at networking »

Shortly thereafter, at my next event, I implemented my note-taking strategy. Now I was cooking. I would meet people and have some conversation. When I had a moment to myself, I would scratch out highlights of the conversation as well as spitball a couple of things that I could do to help them. When I got back to the hotel room, I systematically wrote emails to everyone I had gotten a card from, making sure to note a particular point of our conversation. If warranted, I would make sure to also mention how I could add value or help them and highlight my skills.

These notes have proved very useful. I was able to connect with some interesting folks and got a few exciting writing and speaking opportunities. I also have quite a few friends now that started off as hastily scrawled notes on the back of a business card.

If nothing else, this practice will help you learn to think about how you can add value to others, which will usually benefit you as well.